Two Bavarian lawyers are seeking to challenge the German election result because Bavarians couldn't vote for Angela Merkel's CDU. They believe the AfD should not have won such a large proportion of the vote. 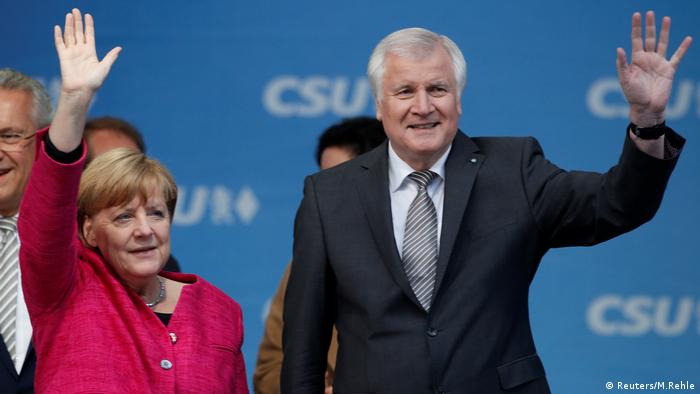 The success of the far-right Alternative for Germany (AfD) in last week's German election has motivated two lawyers to renew their legal challenge against a peculiarity in Germany's political landscape – the fact that Angela Merkel's conservative Christian Democratic Union (CDU)does not field candidates in Bavaria to make room for their more right-wing regional sister party,the Christian Social Union (CSU).

Nuremberg-based Rainer and Christine Roth are convinced that German citizens living in Bavaria have their constitutional right to a free vote violated by being blocked from voting for the CDU. Equally, people in other states can't vote for the CSU, even though the two parties have separate election manifestos and enter coalition negotiations hoping to gain different political demands.

In a statement released on Monday, the lawyers blamed the AfD's success in the German election on this "sister-party" agreement between the CDU and the CSU, which goes back to the birth of the two parties before post-war Germany's first election in 1949. "If it weren't for this common parliamentary grouping between the CDU and the CSU, a CDU voter wouldn't have to adopt the cuckoo child of the CSU, and vice versa," they said. 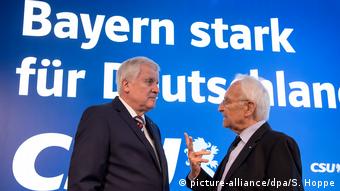 The CSU took major losses in the election

"The rhetoric of the 'sister party' is free of content and without political meaning. And legally meaningless," the campaign's website added. "The toleration of the behavior of the CDU and CSU by the electoral authorities represents a state breach of the voting rights of 61.5 million German citizens eligible to vote."

A gift for the AfD

The lawyers also think that the CSU's more right-wing position, particularly on refugees, would have damaged the AfD's vote if the CSU had been an option across Germany. They also estimate that if the CDU had been electable in Bavaria, it could have taken "10 to 20 percent" of the vote in the state.

The CSU suffered a major setback in the election, taking just under 39 percent of the vote in their home state – over 10 percentage points down on the 2013 election result, and losing a significant portion of its voters to the AfD.

Since then, CSU leaders have threatened a rightward shift, demanding that an upper limit on asylum seekers – a frequent source of friction between Merkel and CSU leader Horst Seehofer since the 2015 refugee influx – be a precondition of any coalition agreement. Eyeing a state election next year, the CSU is now likely to push Bavaria's interests in the upcoming coalition talks more aggressively.

Taken to another court

For Rainer Roth, all this underlines why Germans should have a choice between the two conservative parties. "I am in contact with people in Bavaria who would like to have voted for the CDU," he told DW. "They are people who have no interest in the conservative policies of the CSU, and would liked to have supported Merkel." 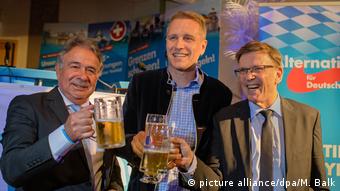 The AfD have undermined the CSU's traditional pre-eminence in Bavaria

He also says that many conservative Bavarians saw Merkel as a stable world leader in uncertain times, and wanted to vote for her rather than Seehofer, whose regional priorities mean that he could well undermine her in her fourth term.

"On the other side, I know that there are a lot of people outside Bavaria who would like to vote for the CSU," he said. "And I think that if they had had that possibility the AfD would never have had the result they did."

The legal team have been fighting this battle for over a year, though with little success. In June, the Constitutional Court refused to accept the pair's complaint and would not take a stand on the issue. An administrative court in Wiesbaden rejected their suit earlier in the year.

On top of this, the convenient arrangement between the CDU and the CSU is so deeply rooted in Germany's political history that a court order forcing a divorce – or a union – seems unlikely. For one thing, critics have argued, parties are of course free to field candidates wherever they choose.

But Rainer Roth won't back down. "We have not exhausted the legal means. I want to hear a statement from the constitutional court about whether the actions of the parties, or the toleration of the actions of the parties, is covered by the Basic Law," he said. "People deserve an answer to the question of why they can't vote for the CDU in Bavaria."

Germany's CDU and CSU to hold a 'peace pow-wow'

In the shadow of the Brexit referendum, leaders of Germany's conservative parties are gathering for a 'quiet weekend' of meetings. They hope to finally lay to rest their energy-sapping in-fighting over refugees. (23.06.2016)