German efficiency: The roots of a stereotype | Germany | News and in-depth reporting from Berlin and beyond | DW | 28.03.2021

German efficiency: The roots of a stereotype

Germany has a reputation for getting things done in an efficient manner, even despite evidence to the contrary. Efficiency has played an important historic role in Germany — though not always a positive one. 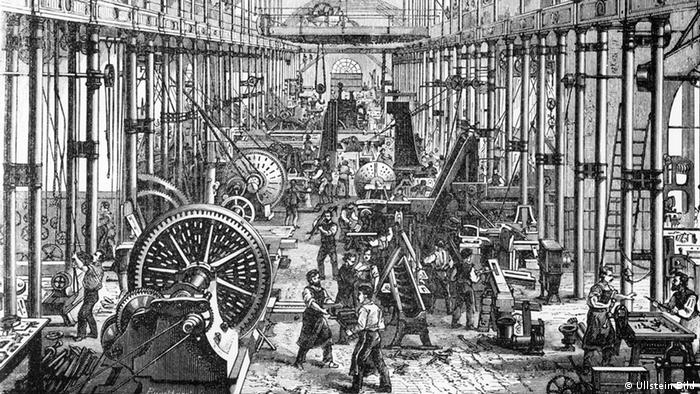 When intercultural consultant Christina Röttgers works with her international students and clients, she likes to break the ice by playing a stereotype association game. When she asks them for their perceptions of Germany, they reliably say the country is efficient, describing it as a machine, always chugging away.

German efficiency is an international stereotype with holding power. It is tightly intertwined with other German values, which can make it difficult to disentangle. Yet a look back through history reveals efficiency's concrete roots and shows how it has evolved — and how the perception of it has evolved — over time.

Efficiency can be defined as achieving the desired outcome with the least waste of resources. Germany's reputation for it stretches back centuries, and its roots are twofold.

Historian James Hawes, the author of The Shortest History of Germany, traces it back to medieval times when the western Rhineland became renowned abroad for commercial efficiency thanks to its production of highly specialized goods. "The watchmakers of Mainz or the armor-makers of Solingen were famous throughout the Middle Ages," he told DW. 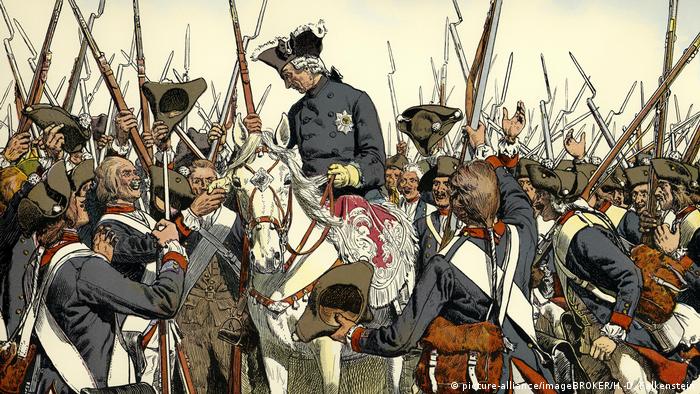 Prussia, the heavily Protestant eastern German state, was considered the source of a different type of efficiency: administrative and military. By 1750, under the rule of Fredrick the Great, Prussia had developed an efficient state bureaucracy and military power.

As Prussia expanded its control, eventually unifying the German Empire under its leadership in 1871, it spread these systems and practices. Its tax-based public schools and its professionalized army were also admired abroad for being organized and modern, with some foreign nations even seeking to institute similar models at home.

The 19th-century Prussian state also strategically cultivated a catalog of values for civil servants and the military, including punctuality, frugality, a sense of duty, and diligence, among other things. While efficiency is not seen as having been a standalone value, the values that were espoused were aimed at supporting the desired efficient state. 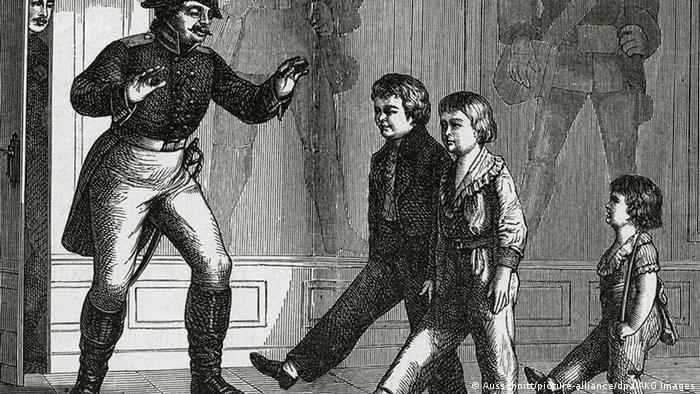 Discipline was seen as one of the core 'prussian virtues'

These values came to be known as "preussische Tugenden," (Prussian virtues), though according to historian Julius Schoeps, founding director of the Moses Mendelssohn Center for European-Jewish Studies in Berlin, it took time for them to collectively establish themselves among the broader population. "This discussion about Prussian virtues only came later, in the 19th century; that's when they began to be talked about," he told German public radio Deutschlandfunk in 2012.

As British tourists began to visit Prussian-controlled Rhineland in the mid-19th century, they took back an image of Prussian wealth and expediency. According to Hawes, their reports often commented on how everything seemed to work: "The trains — the classic thing — the trains run on time. The customs man is quick. The hotels are clean, the water works," he said, summarizing their descriptions.

The dual strands of economic quality and an organized state kept the image of German efficiency alive into the 20th-century. By the 1930s, the idea of "Ordnung" — a mixture of rules and a no-nonsense approach that can theoretically contribute to efficiency — was Germany's international calling card. Time magazine placed then-President Paul von Hindenburg on its 1934 cover with the words "Ordnung muss sein" (There must be order,) while The New York Times had already called the phrase "world-famous" in 1930. 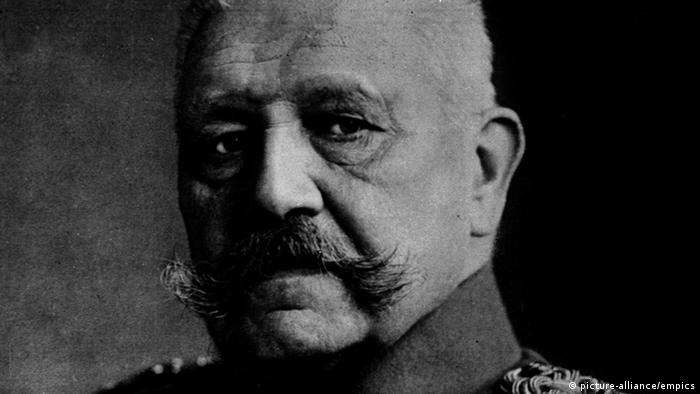 In 1982, the Social Democrat politician Oskar Lafontaine famously said that with the Prussian values propagated also by then-West German Chancellor Helmut Schmidt — a sense of duty, predictability, feasibility, and constancy — a person "can also run a concentration camp."

According to historian Schoeps, the Nazi party indeed co-opted particular so-called Prussian virtues: "Confidence became arrogance, orderliness became mean-spirited pedantry, and the execution of one's duties became pure inhumanity," he said. In the end, the so-called Prussian virtues may have helped maintain the totalitarian state under Nazi rule and its systematic murder.

Franklin Mixon, an economics professor specializing in labor and industrial organizations at Columbus State University, is the author of A Terrible Efficiency: Entrepreneurial Bureaucrats and the Nazi Holocaust. The book shows how efficient behavior was incentivized and rewarded within the large Nazi bureaucracy, often on a direct and informal basis — a contrast to the passive "just following orders" idea that still heavily dominates perceptions of how the Holocaust was carried out.

"What they [the Nazis] were harnessing was incentivization, squeezing discretionary effort out of members of the bureaucracy, an above-and-beyond effort that is not part of the job description," Mixon explained.

Immediately following the end of WWII, Germans as a people were seen to possess "a kind of unbelievable inhumanity," Hawes said.

Yet as the economy took off in the 50s and 60s, in what's known as the "Wirtschaftswunder," or "economic miracle," West Germany became admired for its industry, and its goods became prized for their quality. This production boom bolstered German's reputation for efficiency — arguably overshadowing factors such as debt reduction, currency reform, cheap labor that underpinned it. 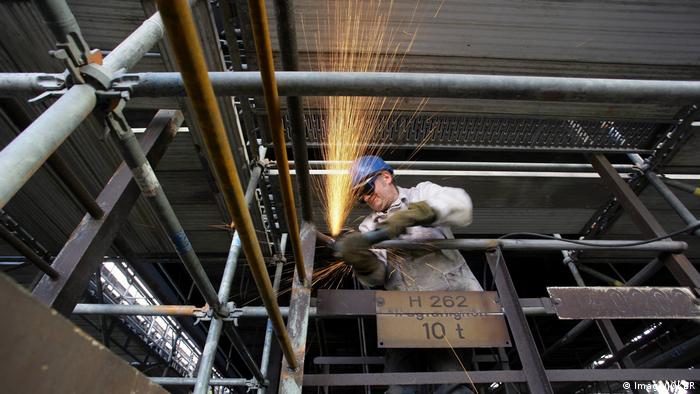 Today, having survived the economic downturn of the post-reunification years, Germany remains esteemed for its production of high-class products, and efficiency remains something that is strived for and valued, in industry, government, at the supermarket checkout, and even in the national football team.

"There is a very German value at the center: Efficiency," the prominent former SPD politician Sigmar Gabriel said in an interview with the Hans Böckler Foundation in 2009 on the topic of a more ecological economy.

Efficiency: a value and a stereotype

Yet while efficiency may be valued, it is far from reliably present in Germany today. Examples of inefficiency abound, from the 9-year slog to build the new Berlin airport to a bureaucracy that is notoriously dependent on paper trails and fax machines to the country's recent struggles with sluggish COVID testing and a crawling vaccination process.

Andreas von Schumann, senior policy advisor at the GIZ, Germany's development agency, is not surprised that the efficiency stereotype has managed to persist internationally in the face of such counterexamples. He has helped lead three studies on the perception of Germany around the world over the past 10 years, and he knows that stereotypes have long lives — longer than we imagine:  "They change very, very slowly," he told DW.

According to him, a stereotype will only disappear when the examples backing it are so few and far between that people can't really see what it's based on anymore: "This can weaken [a stereotype] much more strongly than a counterexample can."

The painfully slow digitalization of Germany's health care system has long been a source of frustration. But the inefficiency is hampering attempts to fight the pandemic.

Germany runs like clockwork — that was long the widely accepted cliche. Then came the coronavirus, and everything started crumbling. Zoran Arbutina says the wake-up call was long overdue.

Germans are known the world over for their virtues: efficient, reliable and always on time. But is all this actually a myth? Don't look for German virtues in Berlin, says columnist Gero Schliess.