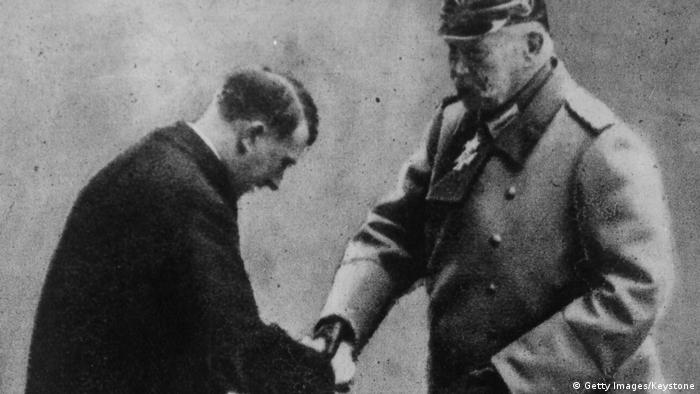 Berlin deleted deceased-Hitler's title back in 1948, then under Allied occupation.

Müller, whose Social Democrats govern with the city's Greens and post-communist Left party, acted Thursday on a decision made in its parliamentary assembly, the Berlin Senate, on January 30.

During those deliberations, Left parliamentarian Regina Kittler declared: "Hindenburg was a perpetrator," saying the former World War I field marshal contributed to destruction of democracy in Germany.

"The times in which we live require a standing-up for democracy," Kittler said.

Twice, in earlier phases of Germany's Weimar Republic, created post-war in 1920, Hindenburg had been freely elected by voters as their president (Reichspräsident), said Juhnke.

The former general was a historically controversial future, but it was false to deprive him of Berlin's honorary citizenship, asserted Juhnke.

Storm over head-bow in Thuringia

A scene on February 5 in Thuringia state assembly's chamber caused a storm, when far-right Alternative for Germany (AfD) figure Björn Höcke appeared to replicate Hitler bowing while shaking hands with Hindenburg on March 21, 1933, in Potsdam, just three days before the Reichstag fire, later used by the Nazis to rid Germany of democratic restraints. 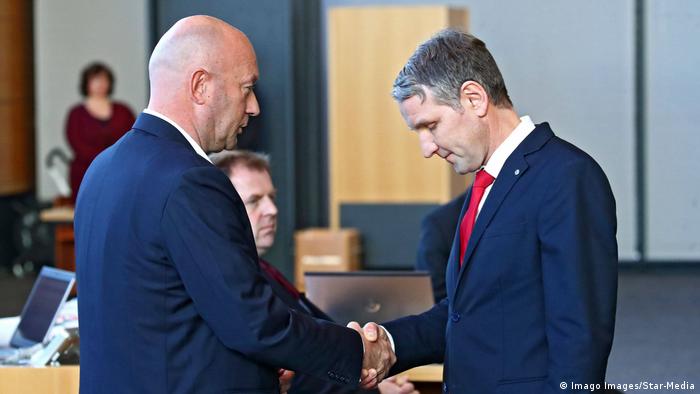 "Hindenburg" roads and plazas have also been renamed across Germany, including Bonn's Hausdorff Strasse (Street) that recalls mathematics professor Felix Hausdorff of Jewish origin who chose suicide in 1942 over Nazi deportation.

Others locations remain associated with Hindenburg, including an estuarine causeway to the North Sea island of Sylt in Schleswig-Holstein state. Hindenburg opened that rail connection in June 1927.

Hitler's rise to power under Hindenburg hinged on legal flimflam within the Weimar Republic's then-state of Braunschweig (Brunswick).

Since 1925, Austrian-born Hitler had been a stateless foreigner and was repeatedly denied citizenship inside Germany.

Shunned in Bavaria and then Thuringia, Braunschweig's Nazi-member government eventually granted him citizenship in 1932, declaring Hitler one of its civil servant and its emissary to Berlin.

Only weeks later, Hitler lost in national elections to Hindenburg, who remained German president but let Hitler in January 1933 become chancellor after months of wrangling on the back of Nazi parliamentary gains.

The progressive but flawed document was a "turning point in German history." While it enshrined many human rights, its shortcomings aided Hitler's rise to power. (06.02.2019)