The so-called Bielefeld conspiracy has become somewhat of a joke in popular culture. Now the city is offering €1 million to anyone who can prove there is no Bielefeld. 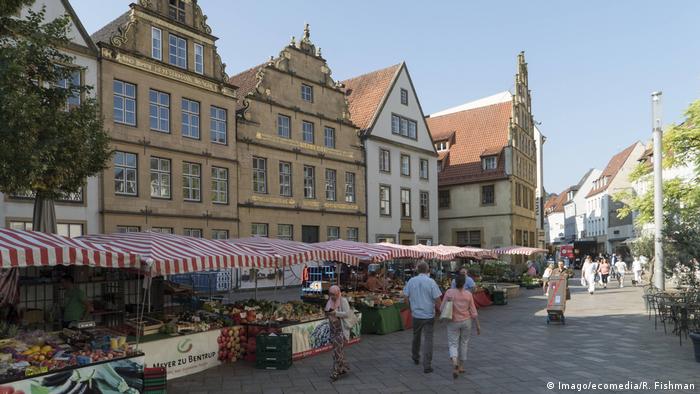 Bielefeld is offering €1 million ($1.1 million) to anyone who can prove that the city of more than 300,000 people in northwestern Germany doesn't exist.

Seeking to do away with a long-running conspiracy theory and score some publicity, Bielefeld's mayor said he wanted to give those who believe the joke "one more fair and generous chance" to prove the nearly 800-year-old city is just an illusion.

The Bielefeld conspiracy emerged on the internet in 1993, when computer science student Achim Held joked about how the city that is not known for anything in particular didn't exist.

The conspiracy then spread on the internet, where it was postulated that a group called "SIE," or "they" in German, created an imaginary illusion of the city.

The city has since used the satire for public relations and even Chancellor Angela Merkel once joked while on a visit to Bielefeld that it does indeed exist.

"We are excited about the creative submissions and are 99.99% sure that we will be able to refute any claims," said the head of Bielefeld Marketing Martin Knabenreich.

Proof that the city doesn't exist can be submitted until September 4.

Absent any new evidence the city plans to hold an official celebration with Held, who stated he was surprised how far the satire has spread.

More conspiracy theories? The parody videos produced by the Federal Agency for Civic Education actually aim to get people to pay closer attention to the media they consume. (27.06.2018)