It could be a university prank or a case for Mulder and Scully: Students from the University of Kiel have claimed in their own X-file that the German city of Bielefeld doesn't actually exist. 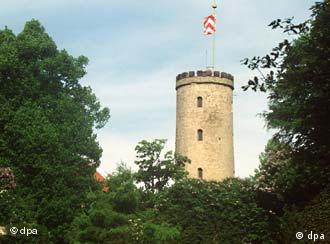 It appears on the German map, the city has a Bundesliga soccer team and regional train services include it as a destination. It is home to 330,000 inhabitants and one of Germany's 20 major cities.

But according to a group of students in the northern German city of Kiel, Bielefeld not only doesn't exist but its creation and promotion is a disturbing conspiracy to hide a number of (im)possible secrets.

The students from the university of Kiel started to smell a rat after hearing about Bielefeld for as long as they could remember but had never met anyone who had lived there, come from there or even visited the city in the Westphalia region in northwestern Germany. It soon became a topic of discussion between them that maybe the town didn't actually exist.

Historical texts state the official founding of the city of Bielefeld took place in the year 1000. In over a thousand years of existence, Bielefeld looks to have kept itself pretty much to itself, with its main claim to fame coming from Dr. August Oetker, his renowned baking powder and the nationwide food business which developed from it and which still bears his name. But despite this, the Kiel students continued to muse about its existence.

After casually voicing concerns, the students began to notice an increase in people claiming to have come from Bielefeld, to have wandered the streets of this mythic location and those who had friends and relatives living there. The students' suspicions were aroused further by the seemingly distant looks and vacant expressions of those making these claims. Had they been manipulated? Had the minds of these people been rewired as some part of a nefarious plan?

Suddenly, the students noticed that a day would not go by without Bielefeld making it into the local and national press. And then there was the official Bielefeld homepage on the Internet. This web site sprang up showing idyllic vistas of the city's avenues and prominent buildings. But there was no solid evidence that these streets and buildings were images of Bielefeld. The students claim these could have been taken anywhere. 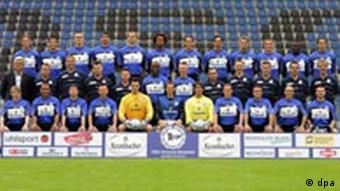 The conspiracy theory grew with the ascendancy of the previously forgotten soccer team, Arminia Bielefeld, which started to enjoy a moderate level of success in the top German league, putting the city's name in the sporting arena.

Featuring aging stars and actors who the students allege are being paid to perpetuate the myth of Bielefeld's existence and a group of supporters on the same payroll, Arminia Bielefeld is a perfect facade of normality for the more sinister goings-on in this shadowy area of Germany.

According to the students, those who have escaped the city are the lucky ones. Most people who find themselves in the area just off the A2 motorway are abducted and manipulated at the top secret, ultramodern manipulation institution known as the "Bielefeld Center." Those who have got out without being manipulated can give a detailed description of this facility.

There have been a number of reasons given for the lengths that have been taken to hide the area known to most normal humans as Bielefeld, all of which are just as far fetched.

Elvis, Cobain and a teacher from the stars

One revolves around the cult of Ashtar Sheran, a traveler from the stars who arrived on earth -- at the point where Bielefeld is situated -- to educate humanity. 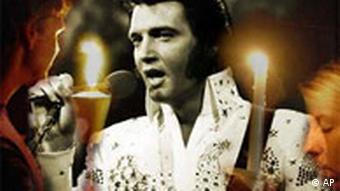 Elvis Presley -- coming to a UFO landing site near you.

Shevan's followers include Elvis Presley and Nirvana frontman Kurt Cobain, both of whom are not dead as widely believed but were saved from the pressures of celebrity by the Swedish secret service who gave them new identities. Keep your eyes peeled for the duo's comeback which is expected on the site of Shevan's arrival.

Another involves the Israeli secret service, Mossad, which is involved in the establishment of a confidential research lab where Bielefeld is supposedly situated; the crossing point of two undocumented Ley lines. It is also supposed to be an opening to an ancient tunnel which runs from the United States to Australia via the submerged city of Atlantis.

Dragons, knights and orders from E.T. 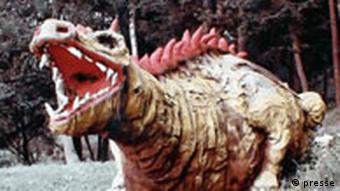 Christmas Eve 2011 promises to be one to remember.

If that's not enough, the third explanation for the concealment of the real nature of the site proposes that Bielefeld inhabits the ground above a confidential cave system where a sleeping dragon dwells, a beast which will wake on the Dec. 24, 2011. This dragon from the fourth age is currently protected by ancient knights, who keep the beast sedated with mind-altering substances and who receive their orders from extra-terrestrials.

Whether this is all the product of fertile imaginations or an advert for the effects of prolonged drug abuse, one thing is clear. Someone should be looking into the weird goings-on in the university city a few hundred kilometers north of Bielefeld.

Was it the paparazzi? Prince Philip? Osama bin Laden? Two British inquests are supposed to find out who caused the death of Diana, Princess of Wales, and Dodi Al Fayed. Conspiracy theorists have their own ideas. (January 6, 2004)

Click here for a selection of previous "And Finally" stories on DW-WORLD.

A virtual look at the (virtual?) city on Bielefeld's official Web site