German Churches Criticize Arms Exports | News and current affairs from Germany and around the world | DW | 16.12.2004

In 2003 Germany quadrupled its weapons sales abroad to €1.3 billion and set a new record. The country’s churches are alarmed by the development, pointing out that some of the purchasers are questionable. 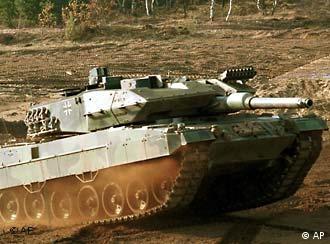 The Joint Conference for Church and Development (GKKE) has published a report strongly criticizing the German government for its role in the weapons exports market. In presenting its report on Wednesday, the organization accused the government of "lacking transparency” and being full of contradictions.

The report stated that almost one-quarter of the total volume of arms exports went to countries that the Organization of Economic Cooperation and Development (OECD) called recipients of official development aid. This contradicts the government's claim that only 12 percent of exports were sent to developing countries. The Protestant Church's GKKE representative, Stephan Reimers, said those numbers were false and misleading. 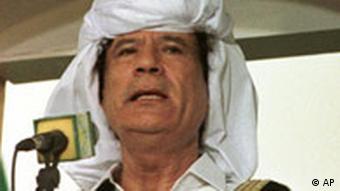 He said it was particularly troubling that some of the countries on the exports list rank among the poorest in the world, despite Germany's focus on providing development aid to these states. "The exports to South Africa reached hundreds of millions of euros,” Reimers cited as an example, “yet the country is unable to take necessary measures against AIDS and other problems that are a result of poverty and illnesses. This is an example where you can easily see that arms purchases in developing countries has precedence over other duties," Reimers told Deutsche Welle.

The GKKE said it is incomprehensible that Chancellor Gerhard Schröder is calling for an end to the EU weapons embargo against China. Karl Jüsten, representative of the German Catholic Church in the GKKE, strongly condemned the attempt.

"China is a country that has probably violated or allowed human rights to be violated extensively. It's a country that neither fulfils German nor the EU's criteria for the allowance of military exports," he said.

According to the churches’ report, the continued sales of military equipment to China and Libya contravened the EU's weapons embargo. It also damaged the credibility of Germany's restrictive arms export policies.

The churches’ critique follows the release of a Dec. 1 report by the German government on home-made weapon exports. According to the most recent figures, sales of military equipment reached €4.9 billion and export of weapons hit an all-time high in 2003 when it reached €1.3 billion compared to €318 million the year before. Since then criticism has poured in from many sides, including the junior coalition partner, the Greens. 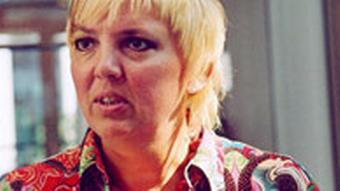 Green party chairwoman, Claudia Roth, praised the GKKE report. She told the Catholic News Agency (KNA) that the government must be careful not to "throw human rights' criteria overboard" when exporting even small arms. Those countries that purchase small arms should be required to return old weapons, Roth demanded. This would prevent the further redistribution of weapons to instable countries.

Bernhard Moltmann of the Peace Research Institute in Frankfurt said in addition to curbing its own weapons sales to questionable countries, Germany also needs to monitor more closely the business of arms brokers. The government should integrate EU regulations concerning weapons brokering into German law, he said. Otherwise brokers can continue to “conduct business with weapons without the weapons ever entering Germany,” he explained.

Days after a report confirmed an increase in German arms exports, Chancellor Schröder promised to help end the EU embargo imposed on arms sales to China. Critics say Germany is too eager to export to questionable buyers. (Dec. 7, 2004)