Germany's Cabinet has approved a third gender option for official identification records, following a Supreme Court ruling. The option will be available by the end of the year. 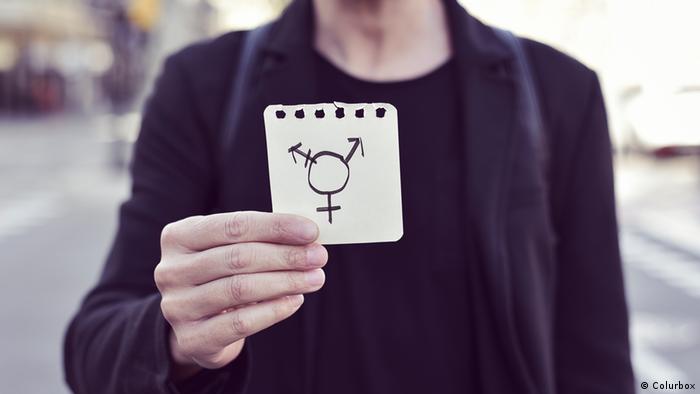 The German Cabinet on Wednesday approved a draft bill that would add a third gender option to official identity records.

The bill allows intersexual people to register their gender as "divers," which translates roughly to "miscellaneous" or "other," and would come into force by the end of the year. Until now, people in a similar situation could only register without a gender.

The court had ruled on a case in which a plaintiff with one X chromosome but no second sex chromosome had tried unsuccessfully to change their gender at a birth register from "female" to third category. Females have two X chromosomes, while males have one X and one Y chromosome.

The judges found that authorities must choose to either scrap gender identification altogether or allow people in a similar situation to choose "another positive designation of their sex that is not male or female."

Wednesday's Cabinet decision still requires parliamentary approval before coming into force. However, Franziska Giffey, Germany's Social Democratic (SPD) minister for families, hailed the decision "an important step toward the legal recognition of people whose gender identity is neither male nor female."

Justice Minister Katarina Barley (SPD) also welcomed the draft bill, saying "it is long overdue that we finally modernize the Personal Statute Act" and that "no one may be discriminated against because of their sexual identity."

The Justice Ministry also indicated that it would draw up further laws aiming to get rid of other discriminatory regulations against intersexuals.

An estimated 80,000 to 120,000 people in Germany identify as intersex. This means they do not possess gender traits that are generally described as belonging to "male" or "female" people.

Germany just ruled on the legal need to provide a gender option beyond "male " or "female." But the ethical recommendation for a third gender actually came years ago. DW’s Christoph Strack finds the delay shameful. (08.11.2017)

The under-representation of women in German boardrooms has been a matter of debate for years. Now, Angela Merkel's government has tabled a new bill to help boost the numer of female executives in top jobs.