Germany just ruled on the legal need to provide a gender option beyond "male " or "female." But the ethical recommendation for a third gender actually came years ago. DW’s Christoph Strack finds the delay shameful. 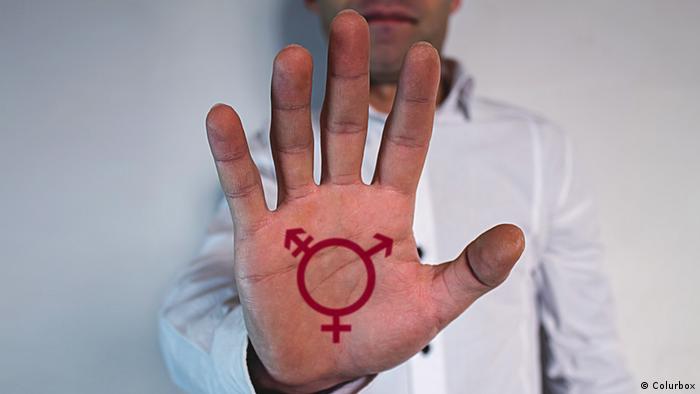 The position paper from the German Ethics Council on intersexuality is 180 pages long, but it drives its point home from page one. It tells the story of an intersex person.

"I was born in 1965 with a severe heart defect and indeterminate genitalia. Due to my heart defect, I was given an emergency baptism a few days after my birth, because the doctors thought I wouldn't have long to live..."

After three pages, the emotional essay ends with the words: "My identity and my dignity were taken from me. Now, I'm trying to get them back."

The Ethics Council worked intensively on issues affecting intersex people in 2010 and 2011. It directly sought out their views both through online exchange as well as during a comprehensive, open hearing in June 2011. The Council's position paper was published in February 2012 "on behalf of the federal government." That was more than five years ago. At the time, it was received with the usual platitudes offered by professional politicians. 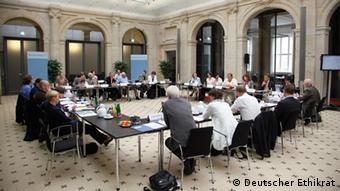 But now, at the end of 2017, the German Federal Constitutional Court has had its say. And you only have to extract two core sentences from the Ethics Council's paper to show that the federal government could have — and should have — acted much sooner.

"The Ethics Council is of the opinion that personal rights and the right to equal treatment are being violated when people, who because of their physical makeup cannot be assigned either the 'male' or 'female' gender, are legally forced into one of these categories for the purposes of the civil registry. Accordingly, such people should, in addition to 'male' and 'female,' have the option of choosing 'other,' and/or stating that no registration need be made until the affected person can decide for themselves."

This opinion was supported by both religious and secular representatives sitting on the Council. They still remember the stories of suffering they heard from intersex people.

Now, the country's top judges have echoed this sentiment exactly. It seems somehow spectacular and is garnering international attention. That's all well and good. Such attention is hardly surprising. The judges in Karlsruhe are respected throughout much of the world, as their participation in expert discussions with colleagues or visits from other high court representatives to Karlsruhe show.

After such a clear recommendation from the Ethics Council, which, among other things, is tasked with providing suggestions for political and legislative actions, German lawmakers ought to have set things in motion long ago. The Council's conclusion on intersexuality shows so clearly the significance of its often behind-the-scenes work: the in-depth examination of issues keenly relevant to politics, parliament and the government. The five-and-a-half years of noncompliance with the Council's recommendations is more than shameful.

And yet there is a need for distinction here: medically speaking, intersexuality is a well-defined problem. For those affected by it, it's irrelevant whether the annual number of cases is a few hundred or several thousand. Intersexuality is clearer and should be assessed differently than transsexuality.

The Federal Constitutional Court has now spoken out very clearly, with seven votes to one. Now, the pressure is on politicians to follow the lead set by the Ethics Council and the court. When the new legislature period begins, so will the work of parliament on this valuable task of addressing an ethical issue of human existence.

US: Joe Biden to visit Florida after 'deadly' Hurricane Ian 2h ago