Gender is determined by the way our gonads develop. But gender is not always clear. So what if you're neither boy nor girl? You're "intersex" - a status that only few countries recognize. 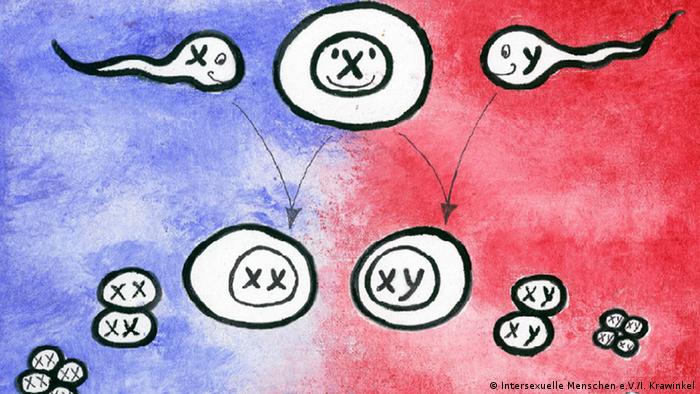 The first question parents often ask in the delivery room is whether their baby is a girl or a boy. But in one out of several thousand births, the doctor or midwife is unable to determine the baby's sex.

Are they male, female…or the third sex? Intersex?

If the newborn's external genitals look ambiguous - if the penis is too small or the clitoris too large, the medical community calls this condition DSD - Disorders or Differences of Sexual Development, or simply "intersex."

But it's only recently that the legal community has recognized the condition too.

It's a year since Germany passed legislation to recognize intersex people. And the law came into effect late last year. It gives parents the option to leave the gender of their child blank on the birth certificate and other official documents.

What might appear to be a small bureaucratic detail means that intersex children in Germany can now choose their own gender later in life.

Gender is a spectrum

More than this, the law has brought to public attention a biological fact of life - that even a human trait such as gender is not a male-female binary, but a continuum that includes individuals who possess the anatomy and physical characteristics of both sexes.

In most cases, however, being intersex is not apparent at birth. 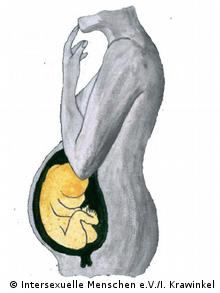 Intersex is a congenital condition

"It was a boy with a penis. The doctors also said, 'he is perfect' and we had a son named Thijs," says Reinie Bloemendaal, the mother of an intersex child and two other sons.

When Thijs, now Maya started school, Bloemendaal felt something wasn't quite right with her middle son, but couldn't pinpoint the problem.

"I never heard about intersexuality. Nobody talked about that. We have boys and we have girls and there are no more kinds of people," she says.

Bloemendaal's daughter Maya Posch is now 30 and a software engineer living in southwest Germany. She is tall, slim and clearly looks like a woman with her long wavy chestnut hair, pale porcelain skin and delicate features. But as a child and teenager, Maya also couldn't figure out why she was so unhappy.

"I never grew into a male role. I stayed a child emotionally, I skipped puberty emotionally. I have never been able to see myself as a boy," says Posch.

Only at 21 years of age did Posch realize she had never decided on a gender for herself. She had female hips, no Adam's apple, mostly looked and felt like a woman, but was not transsexual.

Transsexuals are biologically fully male or female, but have gender identity issues.

Intersex people are a genetic, anatomic and hormonal mix of both sexes.

Posch is a true hermaphrodite. She possesses both male and female sex organs as well as XX and XY chromosomes due to the merging of twin embryos in the womb.

The incidence of intersexuality is more common than statistics at the time of birth would suggest, since the condition often doesn't surface until puberty or later in life - as it was for Posch. 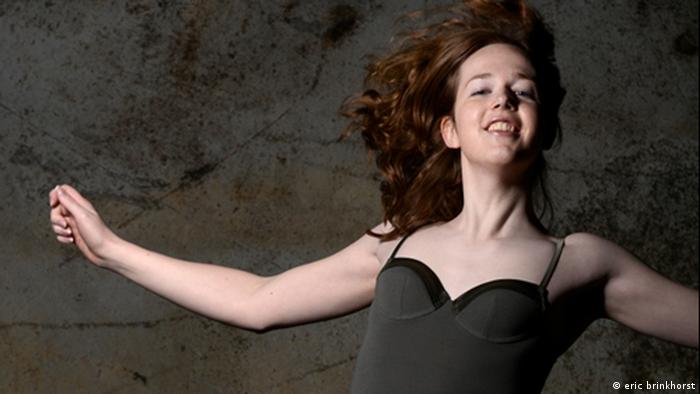 At 21, Maya Posch realised she had never decided on a gender for herself

Dr. Olaf Hiort, a pediatric professor who is head of the endocrine division at the University Clinic in Lübeck, estimates that roughly 1 out of 2,000 inhabitants in Germany is intersex.

We all start life as females - until our gonads develop.

But when the gonads - testes in boys and ovaries in girls - fail to develop, the embryo remains female.

Since these XY males grow up as girls, nothing appears out of the ordinary until puberty when they fail to menstruate or develop secondary female attributes such as breasts and hips.

But it's possible, says Hiort, to substitute female hormones such as estrogen for the girls to grow into women.

Programmed in your genome

Intersex individuals are usually physically healthy, but they tend to be naturally infertile.

"There are many women in the world, who are perfectly normal females. The only thing is that they are infertile, because they've got XY chromosomes," says Posch.

A few may become biological parents with assisted reproductive technology.

"Most of the intersex conditions are associated with infertility, which is kind of interesting, because it's coming again and again through healthy carriers. It's not rare to have an intersex condition programmed in your genome," says Hiort.

Some intersex conditions have been traced to specific genes, which are often passed on from parents to children in a recessive pattern in the same way that two brown-eyed parents can have a blue-eyed child. 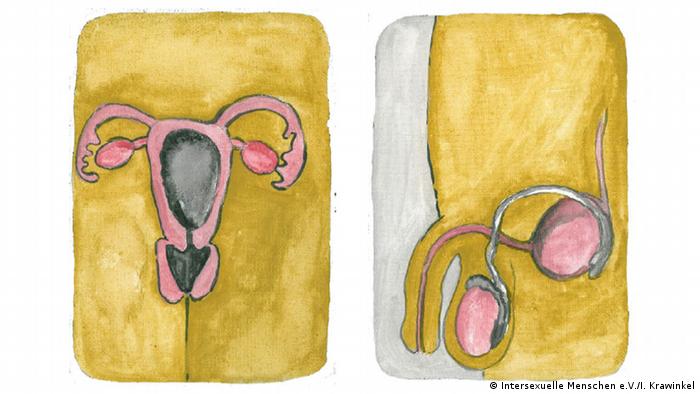 In other cases, a spontaneous mutation may be responsible for an intersex condition.

What causes these mutations is unknown, but endocrine disruptors associated with pesticides could play a role in some minor abnormalities, such as the failure of the testicles to drop, or malformation of the urethra tip, according to Dr. Hiort.

"Endocrine disruptors act like hormones that disrupt the usual pathway of hormonal action. But most researchers would probably agree that the most severe differences of sexual development are caused by genetic aberrations," Hiort says.

Intersexuality is a condition that has always existed in nature - though seldom in law.

The laws have raised awareness about intersexuality, but some say they do more bad than good by reinforcing gender stereotypes.

But for those in the medical profession, Hiort says Germany's intersex law has taken the pressure off to perform unnecessary genital surgery to make a child conform to one sex or the other.

"We do not do any irreversible intervention unless they are medically necessary. We rather leave the option for the child to decide on this later," he says.

Maya Posch has already had one operation to remove her testicles. The castration eliminates the need for her to take testosterone blockers. But she's keeping her vagina as well as her penis.