Rights activist and art curator Hella Mewis was kidnapped outside her office in Baghdad by unidentified men. The incident is the latest in a series of abductions of anti-government activists. 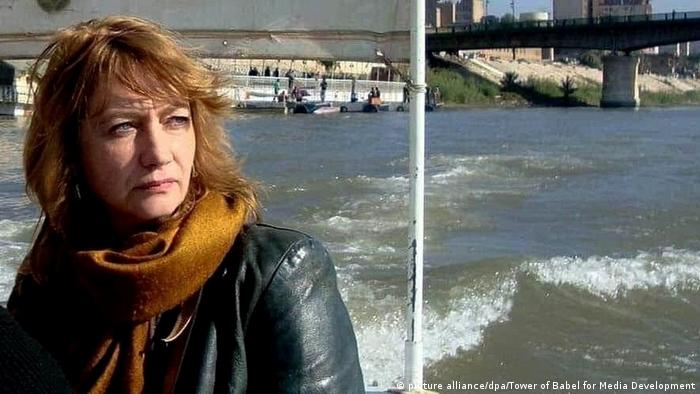 A German national was kidnapped on Monday night by unidentified militants in the Iraqi capital Baghdad, rights activists said.

Hella Mewis, who runs an arts program at the Iraqi art collective Tarkib, was abducted outside her office in central Baghdad, said Ali al-Bayati, a member of the semi-official Iraqi High Commission for Human Rights.

Mewis had left her office and was riding her bicycle "when two cars, one of them a white pickup truck used by some security forces, were seen kidnapping her," according to a source quoted by news agency AFP.

Dhikra Sarsam, a friend of Mewis, told DW that she tried to call Mewis immediately after hearing she may have been kidnapped, but "found that her phone was off."

Sarsam later wrote in a social media post that police officers witnessed the kidnapping but did not intervene. "Hella expected to be kidnapped because we all expect this fate," she wrote.

Mewis, a Berlin-born art curator, is associated with the Goethe Institute in Baghdad, where she had lived for several years. She worked on establishing an art collective that aims to promote the work of young Iraqi artists.

Sarsam told the AFP that Mewis had been worried about the killing of Hisham al-Hashemi, an Iraqi scholar and government advisor who has voiced support for the anti-government protests.

"I spoke to her (Mewis) last week and she was really involved in the protests too, so she was nervous after the assassination," Sarsam said. 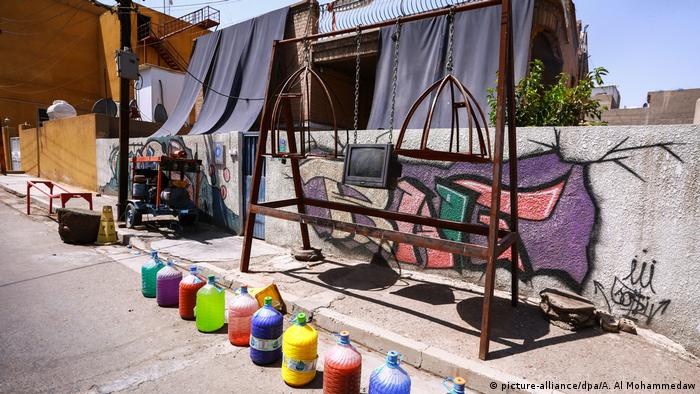 Mewis ran art workshops at the Tarkib collective in Baghdad, where she had lived for many years

During a visit to Athens on Tuesday, German Foreign Minister Heiko Maas said that the Foreign Ministry had formed a crisis committee to investigate the kidnapping of a German national in Iraq.

He did not go into details about the team or person kidnapped "in consideration of the well-being of the person involved."

"But we have started to look into the case and to find a solution that will secure the person concerned and her well-being," Maas added.

Widespread demonstrations erupted last year against the Iraqi government, which some critics accuse of being corrupt and too close to Iran. Since then, hundreds of people have died in protest-related violence. About two dozen activists were shot dead by unidentified men, and dozens more were kidnapped.

Last week, Hisham al-Hashemi, a prominent jihadism expert, was gunned down outside his home in Baghdad by two men on a motorcycle. His support for the protests and his work on pro-Iran groups had angered Tehran-backed factions in Iraq's Hashed al-Shaabi military network.

"Armed forces of various affiliations have killed protesters and others willing to publicly criticize the government and armed forces with impunity," said Belkis Wille, a senior researcher at the Human Rights Watch.

"But killing someone of his stature smacks of a country where some groups have become so emboldened by the complete impunity for serious abuses, that they can kill anyone they want to without paying a price," she said.

IS takes advantage of coronavirus to ramp up attacks in Iraq, Syria

The "Islamic State" has taken advantage of a nationwide lockdown and withdrawal of US-led coalition troops to ramp up attacks. (04.05.2020)

Several Iraqi air force personnel were injured in the rocket strike, north of Baghdad. The incident follows US airstrikes on an Iran-backed militia that Washington says is targeting its forces. (14.03.2020)