IS takes advantage of coronavirus to ramp up attacks in Iraq, Syria 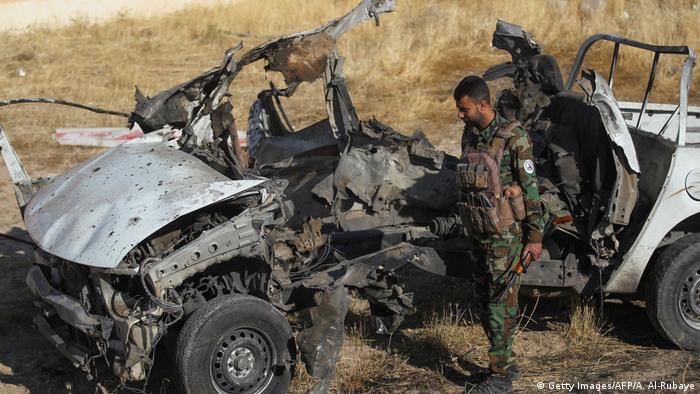 The remnants of the "Islamic State" (IS) terror group are becoming more active in Iraq and Syria amid the coronavirus pandemic. The Sunni Islamist rebel group was broadly defeated in 2017, but its sleeper cells have seen a spike in activity in the past month.

On Saturday, IS killed 10 Iraqi paramilitaries in an ambush in a province close to the capital Baghdad. In the last week of April, a suicide bomber from the terror group killed three security guards outside a government building in Kirkuk. 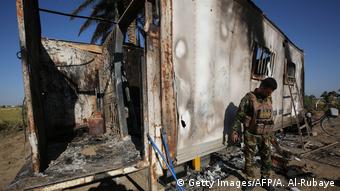 IS has also killed 32 Syrian soldiers and damaged two oil fields. "Combat operations have reached a level we haven't seen in a while," Hisham al-Hashemi, a security expert on Iraq, told news agency AFP. He added that IS was also trying to re-establish its funding, smuggling routes and hideouts.

US intelligence reports estimate that around 2,500-3,000 IS fighters remain operational in Iraq; intelligence officials in Baghdad say a further 500 fighters, some of whom had escaped from prison, recently slipped across the Syrian border.

Qubad Talabani, the deputy prime minister of Iraq's Kurdish region, called a resurgence of IS a "real threat" in an interview with the Associated Press. "They are mobilizing and killing us in the north and they will start hitting Baghdad soon," he said.

IS taking advantage of redeployment of troops

The resurgence of the IS comes at a time when US-led coalition forces have started to withdraw their forces from bases in Iraq and Iraqi troops are being redeployed to enforce a nationwide lockdown to curb the spread of the novel coronavirus.

Political uncertainty may also be playing a role, as Iraq is currently struggling to form a new government.

However, according to some officials, the nature of the latest attacks have been "crude and elementary," and do not necessarily point to the group being capable of reclaiming large chunks of territory as in 2014. Sam Heller, an independent analyst, told AFP that the recent activities were "seemingly indicative of the group's more aggressive posture, not necessarily new and impressive capabilities."

German police have arrested four suspected members of the "Islamic State" militant group, for allegedly planning attacks on US military bases. The suspects were also said to be plotting to assassinate an individual. (15.04.2020)