German anxieties over China′s rise | Germany| News and in-depth reporting from Berlin and beyond | DW | 20.07.2013

Selfish and powerhungry: That is how many Germans see China. A new study shows that only 1-in-4 Germans has a positive view of China. And Beijing's image is not much better in other parts of the world - but why? 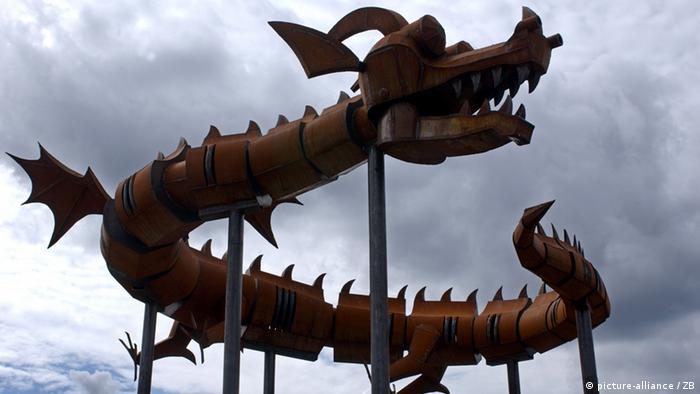 'China disrespects the rights of its citizens.' 'The country is mostly pursuing its own goals.' 'China could replace the US as the world's leading superpower.' All these statements would likely find broad backing in the German population. In such polls, Germans tend to be even more skeptical than other nations. That's what the Pew Research Center in Washington found in a current study. Only one-in-four Germans has a positive image of China.

For consultant Therese Geulen those results are no big surprise. The East Asia expert advises companies who want to reorganize their efforts in China. Geulen sees an aggressive Chinese foreign policy. "China has a lot of self-esteem, believing its place in the world should be at the top." And that is causing concern in many other countries. 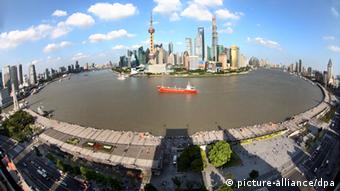 Germans, who are doing business with China, often complain about the "mean Chinese," Geulen explains. But most problems actually stem from misunderstandings and ignorance. Whoever knows one part of China should not assume to also understand the rest of the country. The same goes for Europe. "Spain isn't Luxembourg," Geulen told DW. "The negative picture of China is also partly because Chinese are not as charming as Italians or Americans. They always seem rather dry," she explains. But if one got to know Chinese people on a more personal level, one would of course see a lot of depth, knowledge and interest.

Ignorance is the biggest problem, Carsten Senz thinks. In Germany, he works for the Chinese company Huawei. A few months ago, he co-curated a study by the company looking into the picture Germans have of China. The study showed that only seven percent of Germans actually know something about China. "The fear of China can't really be pinned down to exact details," Senz says. "The fear is difficult to grasp." What is perhaps most easily put into words is the fear of Beijing's economic power. But that, in turn, has benefited the German economy a lot. 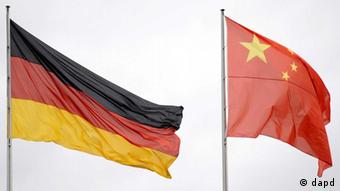 In terms of business, Germany and China are doing quite well together

The Huawei study also came to the conclusion that a majority of Germans see China as a threat in many repects, partly because of the human rights situation, partly because of its growing economic power. But Senz says that one should distinguish between politics and the economy on the one hand and people on the other. He studied sinology and lived and worked in China. He also sees many similarities between Germans and Chinese.

Consultant Geulen also confirms that Germans and Chinese can work together quite well. "If the teams are set up properly, there can be a lot of creativity, team spirit and enjoyment." In German-Japanese teams, for instance, this is more difficult, she says.

Between Japanse and Chinese there are significant problems. The Pew Research study has shown that of countries in the poll, Japanese have the most negative view of China. Only five percent had anything good to say about their neighbor. The two countries still have border disputes and are historic rivals. Four-out-of-five Japanese say that these problems are big, or very big.

As different as the views on China are around the world, the Chinese themselves don't see themselves as being portrayed correctly. The Pew poll also found that a majority of 56 percent of Chinese believe their country needs more positive recognition around the globe.

Photovoltaic manufacturers in Europe are suffering due to China's solar subsidies says Milan Nitzschke. He started the lobbying of the European Commission to put punitive tariffs on Chinese products. (06.06.2013)

In a bid to counter China's rising global influence, rival Japan has pledged billions in aid to Africa. Tokyo is seeking to tap into the continent's vast resources and secure contracts for energy and mineral rights. (04.06.2013)