The German economy needs immigration to keep growing, experts agree. But how should the government regulate the process to make things easy for qualified migrants to come to the country? 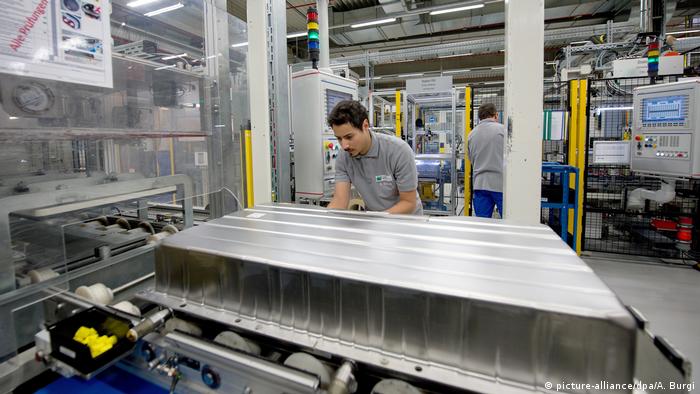 It's high time the German government reformed immigration laws, according to more and more impatient politicians. The anxiety was expressed most recently by the deputy state premier of North Rhine-Westphalia, Joachim Stamp, who told the Süddeutsche Zeitung on Saturday that the federal government needed to organize a summit on the issue "as quickly as possible."

"The immigration law pops up in every soap box speech," he said. "People will feel like they're being made fools of if we don't act soon."

Stamp then went on to stick his finger into the main sore point: that the public debate has failed to distinguish some basic issues. "Asylum, war refugees, the immigration of highly-qualified specialists — everything is thrown into one pot," he said. "What we need is an ordered system: for our humanitarian duty, but also for our own economic future."

The fact that the German economy is dependent on immigration is no longer a point of debate among economists, sociologists and various other academics such as those from the Expert Council of German Foundations on Integration and Migration (SVR). The group gave a press conference in Berlin on Tuesday to promote their new report on Germany's immigration and integration laws. What are they for? And what can they change? 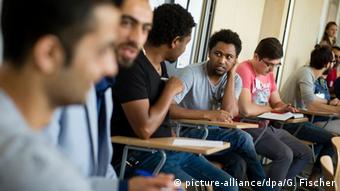 Daniel Thym, law professor at the University of Konstanz, said that it was time those questions were asked publicly. "In large parts of the German population, and among politicians and business people, there is a feeling that something just isn't right in Germany on the subject of immigration," he told DW. "We can counter this feeling by saying: We're going to make new rules. That gives people the chance to discuss, and not just in the context of refugees and Islam. So it becomes clear that immigration is also in the interests of the German population."

Germany already has very liberal immigration rules for people with college degrees, though they are little known. (This, Thym argues, is where an immigration law can come in — to clarify the policy and give the public debate on a fraught subject a legal foundation.) But there is still room for improvement when it comes to reducing bureaucracy — especially for non-EU immigrants. "We hear that quite a lot," said Thym. "That the consulates abroad aren't fast enough or that the foreign national offices here work too slowly, but that differs from city to city."

Then there is the question of smoothing the path for people with vocational qualifications. Wido Geis, senior economist at the Cologne-based German Economic Institute (IW), said this was one of Germany's biggest problems — the lack of qualified technicians — a shortage that is only going to get worse as the highly-qualified people among the baby boomer generation retire out of the workforce. "The potential for activating an unused domestic workforce is very limited in the medium term," Geis told DW — and nor will the other EU countries be able to help much, faced as they are with similar demographic developments. "That means that the number of people prepared to emigrate in the medium-term will almost certainly sink," said Geis. "That's why Germany will also need specialists from third countries." 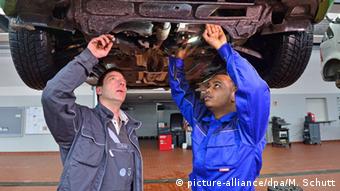 Firstly, German businesses could expand training cooperation initiatives with other countries, so that German standards become standard elsewhere. Secondly, Germany should make it easier for people to emigrate to the country to begin training programs. And thirdly, the "equivalency criteria" for foreign qualifications could be loosened, so that a single monolithic equivalence could be replaced with a variety of criteria a potential migrant would only need to fulfill two or more of to be able to move to Germany, such as language competence, having a place on a training scheme, or financial security.

The Canadian model and refugees

Many right-wing populists in the US, the UK and Germany remain committed to the Canadian model of legal immigration, which filters potential immigrants out to include only the most qualified. But for one thing Canada has it easy, says Thym, because of its geographical location, and for another, some countries like the UK have already implemented a highly selective immigration policy. In any case, that is only one part of immigration — there are also EU citizens in the UK and those who have arrived via asylum procedures.

And the main problem remains — how to integrate the large number of often unqualified refugees who arrived in 2015 and 2016. Here the answer is only that there are no easy answers. Or rather, there is an easy answer, but it is politically difficult — massive investment in social infrastructure to "get as many refugees as possible into job training," as Weis puts it.

Budweiser's spot about its German immigrant founders has been decried by Trump supporters as being too political. Others, however, have praised the brewer for its message at a time of divisive immigration rhetoric. (07.02.2017)