Windrush scandal puts UK immigration policy on the spot | Europe | News and current affairs from around the continent | DW | 20.04.2018

The UK government has resorted to damage-control mode after an outcry over the deportation and hounding of British Caribbean citizens resident in the country since the 1950s and 1960s. Samira Shackle reports from London. 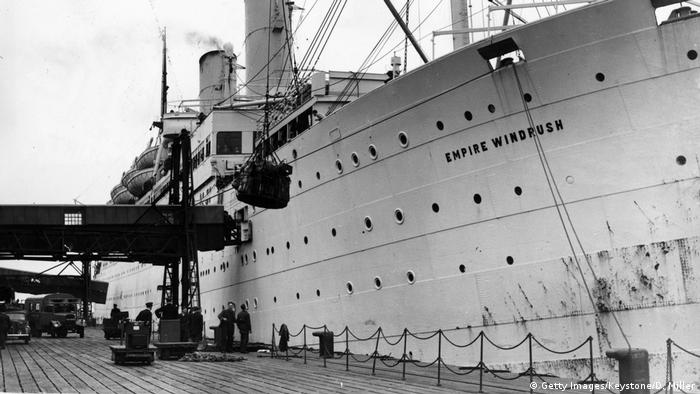 It started with Paulette Wilson, a 61-year-old grandmother who had moved to the UK when she was 10. In October, it emerged that after 51 peaceful years living in the UK, she had been told she was an illegal immigrant and locked up in a detention center. Then came Anthony Brian, a 60-year-old man, resident in the UK for 52 years and facing deportation to Jamaica, a country he had left when he was eight years old.

In recent weeks, the horror stories have been coming thick and fast of people born in the Caribbean who came to the UK as children in the 1950s and 1960s facing serious problems with their immigration status because they never formally naturalized or applied for a British passport. As Home Secretary Amber Rudd acknowledged last week, some have already been wrongfully deported. Others have been unable to access healthcare for serious conditions such cancer or have lost their jobs and homes. 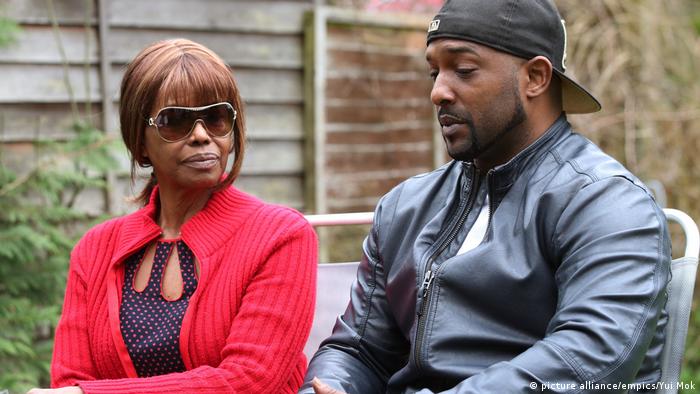 David Michael is a councilor in the London borough of Lewisham and deputy chair of the British Caribbean Association. He arrived in the UK in 1965 at the age of 10. "This has sent shock waves through the British Caribbean community," he told DW. "I was not personally surprised because in my experience some British politicians are obsessed with immigration. They conveniently airbrush the benefits Britain has gained from former colonies and the gargantuan contributions West Indians, Caribbean and Commonwealth people have made to Britain."

Those who arrived in the UK from 1948-71 from the Caribbean are known as the Windrush generation, named after the first ship that arrived in Essex with workers from Jamaica, Trinidad, Tobago and other islands. That first ship carried 492 passengers, many of whom were children.

They had been invited to move to the UK to help with postwar reconstruction in the face of major labor shortages. At the time, most of these countries were still colonized by Britain, and so immigration status was not an issue. In 1971, when the influx ended, Commonwealth citizens already living in the UK were given indefinite leave to remain. But the Home Office did not keep a record of those given leave to remain or issue any paperwork confirming it, so it is difficult for people to prove their status.

That has become a problem since the introduction of Theresa May's "hostile environment" policy in 2012. It aims to make life in the UK as difficult as possible for people who do not have the legal right to be here. In practice, it means having to show immigration papers in order to rent property, use the National Health Service or continue working. 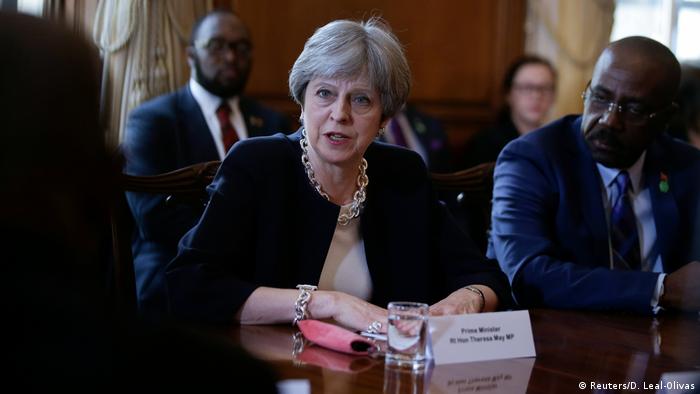 Despite the frequently anti-immigration stance taken by much of the British media and political establishment, the treatment of often elderly British Caribbean citizens has prompted unanimous outrage. "The Windrush scandal has taken the government utterly by surprise," Sophie Gaston, head of international projects at the think tank Demos, told DW. "The issue has united the country and the media alike around the dignity and respect afforded to Britain's postwar migrants and, importantly, created a prominent political space to recognize their enormous social and economic contribution. What cannot be understated is just how unique the level of media consensus has been around this issue, after years of polemic debate on the topic of immigration."

The government was initially slow to respond but, as the scandal built, Rudd offered an unprecedented apology, saying: "Frankly, how they have been treated has been wrong — has been appalling — and I am sorry." She added that her own department, the Home Office, had become "too concerned with policy and strategy and sometimes loses sight of the individual."

Major questions remain over the fate of EU citizens currently resident in Britain, and it is possible the scandal — which has placed the government's hostile environment policy under scrutiny — could have an impact. "On a policy level, it has raised serious questions about the capacity of the Home Office to cope with the tremendous task of managing EU migrants after Brexit, and will undoubtedly encourage a much closer level of scrutiny in any unfavorable decisions taken as part of that process," said Gaston.

The Home Office has appointed a team of 20 people to ensure that Windrush citizens are no longer classed as illegal immigrants.

"The British government needs to deal with the situation expeditiously," said David Michael. "It is totally unconscionable. Positive action is called for and not an extracted apology. This just highlights that so many aspects of British life are not inclusive, and that we do not value, appreciate or celebrate difference."

Britain sees drop in net migration from the European Union

The number of EU citizens leaving Britain has reached its highest level in a decade, while fewer are arriving. It is unclear if concerns surrounding Brexit are a major factor in people's decision to leave. (22.02.2018)

How Russians living in Ukraine are being turned into illegal immigrants 01.10.2022

When the war began, Ukrainian authorities stopped extending Russian citizens' residency permits. Since then, their status has become unclear and many face deportation. DW spoke with some of those affected.

Is the Commonwealth of Nations more than just a postcolonial club? As King Charles III becomes its new ceremonial head, Africans and once-colonized people are wondering what purpose it serves in the 21st century.

Britain and the world are reflecting on the legacy of Queen Elizabeth II and her role in shaping the world. A state funeral is expected to take place within 10 days.