Georgian presidential candidate Grigol Vashadze has discussed his connections to Russia with DW's Zhanna Nemtsova. He also promised to pardon former President Mikhail Saakashvili, who is on a wanted list in Georgia. 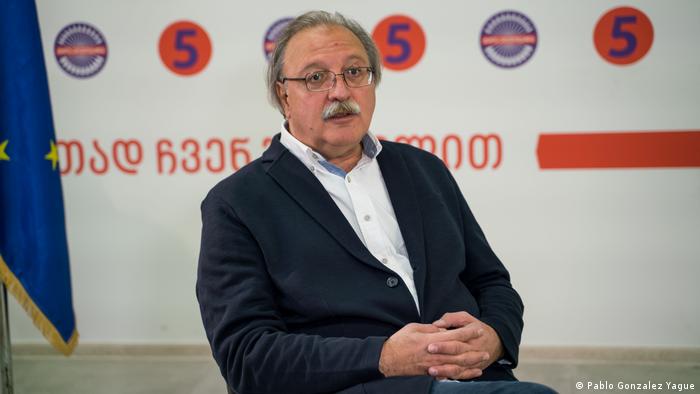 Vashadze, who is backed by Saakashvili's political party, the United National Movement, got 37.7 percent of the vote in the first round of the presidential elections on October 28. He was a tad behind his main rival, Salome Zurabishvili, an independent candidate supported by the ruling party, Georgian Dream, who got 38.6 percent of votes. Their runoff will be held on December 2.

Vashadze told Nemtsova that Saakashvili is his friend and a "true democrat" who had ensured a "peaceful transition of power" in Georgia. Saakashvili is wanted in his homeland on charges of ordering excessive force to disperse a protest in November 2007. He was stripped of his Georgian citizenship in 2015 after he became a Ukrainian national and the governor of the country's Odessa region. Last year, his Ukrainian citizenship was revoked, as well, after Saakashvili, a critic of President Petro Poroshenko's, resigned from his governor post. He was deported from Ukraine to Poland in February 2018 and is now considered stateless. 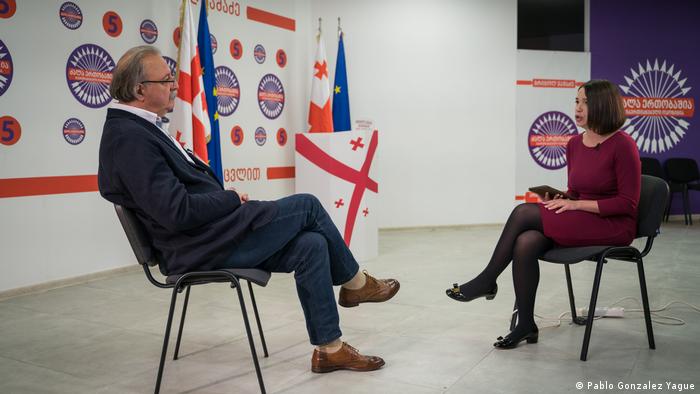 Having worked as Saakashvili's foreign minister from 2008 to 2012, Vashadze said he was convinced that "the third president of Georgia should have the right to live here."

"We owe him that much," Vashadze said, citing Saakashvili's record. He didn't rule out the former president's eventual return to politics, saying that would depend on Georgians.

Vashadze vowed to pardon all of Georgia's political prisoners and release women convicted of minor crimes who have younger children. "I am going to do that extremely quickly, maybe in the first two or three months," he said.

A Soviet diplomat based in Moscow from 1976 to 1993, Vashadze held dual Russian-Georgian citizenship until 2009. That became a sticking point for his opponents, who criticize him for waiting to long to give up his Russian citizenship only in November 2009, over a year after the Russo-Georgian War. Critics also believe that Vashadze enjoyed close ties with the KGB, the Soviet secret service, during his time in Moscow.

Vashadze said he was "very proud" of his work for the Soviet Foreign Ministry, which he served until 1988. His areas of responsibility included space and nuclear weapons. "I participated in the negotiations which made our life safer: the prohibition of chemical weapons and nuclear tests," he said. Vashadze added that the ruling Georgian Dream party — and the TV stations controlled by its leader, the billionaire Bidzina Ivanishvili — "tried to play on this, claiming that I was a KGB agent and Russia's influence agent."

Georgia's exiled ex-president Saakashvili says he is back in country ahead of elections 01.10.2021

Mikheil Saakashvili said he returned to Georgia in support of the opposition as local elections get underway this weekend. Irakli Garibashvili, the current Prime Minister, had vowed to arrest Saakashvili if he returned.

Giorgi Gakahria has said in a statement he would step down to avoid more "political polarization" following the announcement of plans to arrest opposition politician Nika Melia.