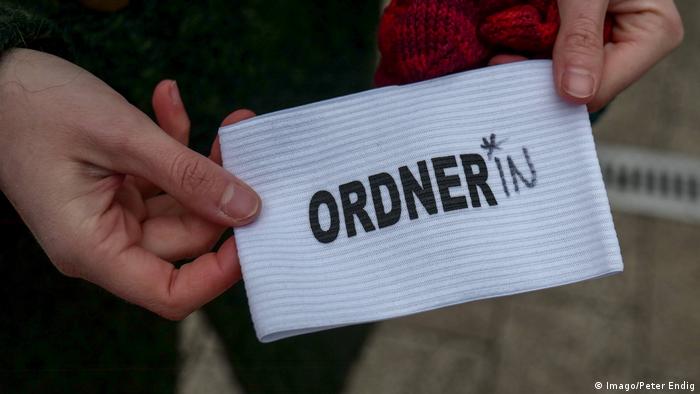 The Association for German Language (VDS) decried Wednesday what it called "destructive intrusion" of gender neutral word modifications, including the recent trend of placing a "gender star" or asterisk at the end of job names and titles.

The VDS in its petition — signed by some 100 writers, satirists and scholars and titled "stop this gender nonsense" — calls on trade unions, regional authorities and journalists to keep German substantives in separate masculine, feminine and sometimes neutral spellings.

Although Germany's Basic Law referred 20 times to a masculine chancellor, that had not hindered the "multiple ascent of Angela Merkel to Federal Chancellor (Bundeskanzler)," said the VDS, referring to her four terms in office.

The German language has a history of orthographic debates and rival lexicons, extending back to standardization bids in the 19th century.

Since 2013, the typographical star or in German, Gendersternchen — for example, in Freund*in (friend) — leaves it up the recipient, while reading and listening, to recognize or ascribe an identity gender-free.

Other modifiers of recent decades are the capital "I" and underscore gap "_" inserted likewise into German word endings to signal gender equality — a principle also paralleled in a 2017 German constitutional court ruling on personal records that came into law in January.

All these various modifiers have led to "ridiculous language constructs," claimed the Dortmund-based VDS, which has 36,000 members, half of them outside Germany.

As examples it cited Radfahrenden instead of Radfahrer (cyclist) and Idiotinnen instead of Idioten (idiots) while also reminding rival progressives that German has long had substantives in the neutral form such as das Weib (woman) and das Pferd (horse).

Undeterred by such calls has been the Council for German Orthography, a Mannheim-based advisory panel of 41 nominees drawn from German-speaking nations and territories, formed in 2004 to oversee a spelling reform for schools and public administrations across German-speaking countries.

At its last meeting in November, the advisory council concluded that despite regional variations "all" institutions were focused on implementing "linguistic equality of treatment of the sexes."

"The relevant strategies for this goal are also largely identical (naming of pair forms, gender neutral overarching formulations, reformulation, avoidance of the generic masculine as far as possible)," said the council.

It set out criteria, saying gender-equal formulations must be factually correct, understandable, readable — also when spoken out loud — and provide transferable meanings for language minorities within predominantly German-language nations.

One of the first large German municipalities to embrace the gender equal terminology was Hanover in January — more than three decades after feminist linguist Luise Pusch set the goal in her 1984 book Das Deutsche als Männersprache (German as masculine language).

On radio, the gender "star" modifier was difficult to verbalize, conceded Francisca Zecher, the head of news at German public radio's Cologne-based Nova channel for younger listeners as Hanover introduced its neutral terminology in January.

"We try like explorers to use neutral expressions... Very often we speak of people and persons. That way, the third gender is also present," said Zecher.

Some listeners had written back saying they were irritated by the formulations while others criticized Nova for not being sufficiently gender-free, she said.

"The more often it is used, the more habitual it will become," said Zecher. "That was and is still the case with language because it changes with time."

Undaunted by patriarchal-sourced formulations, a Kiel-based website lexicon offers 750 "gender-neutral" wordings accumulated over three years. Its creator Johanna Usinger says "language influences our thinking" and women and people of diverse genders must become visible and not just be implied as being present in discourse.

The gender-neutral pronoun "hen," which can be used to describe individuals if their gender is unknown, has been added to the Swedish lexicon. Could the German language see a similar addition? (15.04.2015)

German is a gender-specific language, but the University of Leipzig has decided to bravely ignore the grammar rules. A ground-breaking feminist linguist tells DW why the German langauge needs to be overhauled. (07.06.2013)

English-speakers use the German word "über" as part of their everyday slang, but with a new definition and look. (27.07.2010)