Berliners will now get a day off on International Women's Day after local parliament declared it a public holiday. The German capital is the only state that recognizes the day as a public holiday. 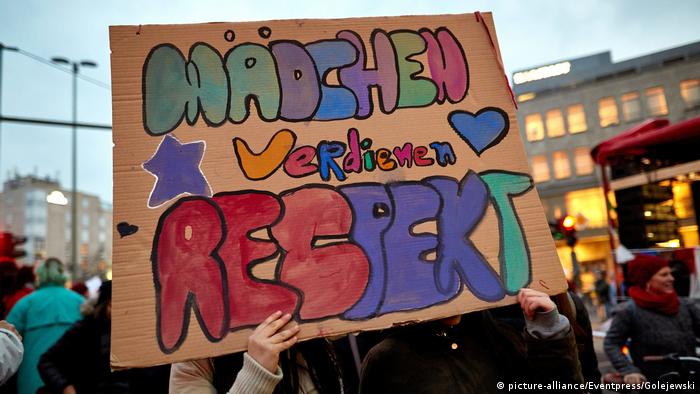 The city-state's legislature, which is governed by a coalition of Social Democrat (SPD), Green and Left parties, voted 87 to 60 in favor of the measure. Berlin thus becomes the first of Germany's 16 states to take this step.

Derya Caglar, the SPD spokesman for equality policy, said the decision was "a very big sign that we are making progress on the road to equality between men and women."

Women's Day is now the 10th public holiday on the calendar in the German capital. Berlin had the fewest number of public holidays of any German state in 2018 — eschewing several of the more minor holidays tied either to Christian tradition or to German events like Karneval that are common in other states.

The move affects millions of workers in Berlin, Germany's capital and by far the country's most populous city. Berlin's Chamber of Industry and Commerce has criticized that the new holiday will cause the city-state's economic output to decrease by 0.3 percent.

In addition to Women's Day, Berlin's parliament decided to establish May 8, 2020 (Victory Day in Europe) as a one-off holiday to celebrate the 75th anniversary of the surrender of Hitler's Germany and the end of World War II in Europe.

International Women's Day was first established at the 1910 International Socialist Women's Conference in Copenhagen. German women's rights activist and Marxist theorist Clara Zetkin was the one who tabled the idea.

Germany celebrated the holiday for the first time in March 19, 1911, along with Austria, Switzerland and Denmark.

Since 1921, Women's Day has been celebrated on March 8. The United Nations began celebrating it in 1975.

It was an event of considerable importance and a public holiday in the former communist East Germany, the GDR. Berlin famously straddled East and West Germany during the Cold War. The GDR also awarded a Clara Zetkin Medal to women and organizations deemed to have supported feminist and socialist causes in the country.

Several recent studies have shown that Germany lags behind other rich, OECD countries in terms of female representation in the corporate sector. A new study on public companies in the country continues this trend. (02.08.2018)

Berlin authorities have banned a charter of the Hells Angels biker group and carried out raids on associated premises. The organization is accused of pursuing unconstitutional objectives.

German Foreign Minister Annalena Baerbock headed to Poland for talks with her opposite number Zbigniew Rau. Among the items on the agenda were the war in Ukraine and Polish demands for World War II reparations.