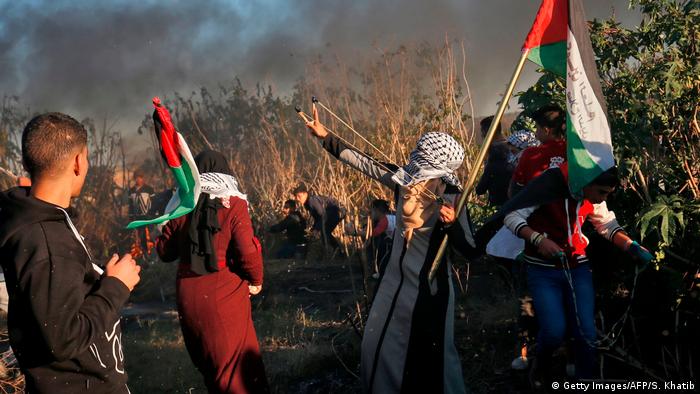 Hamas leader Ismail Haniyeh recently urged the people living in the Gaza Strip to stage mass protests on March 30 against the Israeli occupation. This was shortly after the Israeli army targeted two Hamas posts in Gaza, which it later said was in response to violent protests along the border with Israel

The anti-Israel protests began in March 2018. Since then at least 258 Palestinians and two Israeli soldiers have died.

However, the protests at the Israeli border fence mask another conflict that has the people in the Gaza Strip on edge. A month ago, a movement calling itself Bidna na'ish (We want to live) was founded in Gaza City by a coalition of independent media activists. It quickly found popularity among many young people in the Strip.

In mid-March, followers of the movement protested openly for the first time. The response from the ruling Hamas party was immediate: Online videos show security forces breaking up the demonstration and making numerous arrests. 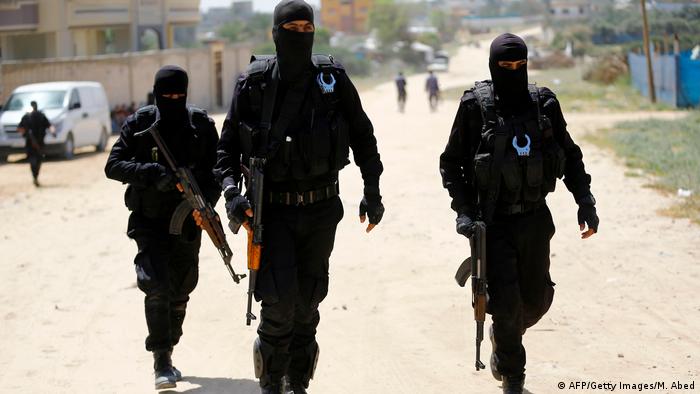 One participant told the Qatari news broadcaster Al-Jazeera that the movement's issues are predominantly social. "This is a grassroots movement," the young woman said. "People are taking to the streets to demand a solution for their miserable living conditions." This, she said, was also why its slogan was "We want to live. We want to work. Our future is lost."

As a movement, it carries political weight enjoying the support of around a dozen groups that are politically opposed to Hamas. They've released a joint statement setting out their position, which says that the principal cause of the crisis in the Gaza Strip is the occupation and blockade by Israel, and the resulting division of the Palestinian people.

However, it adds that "those responsible" in the Gaza Strip also play their part in making people's living conditions more difficult, in particular by imposing excessive taxes and levies and driving up living costs.

Furthermore, the statement continues, people's rights and freedoms are no longer guaranteed. Instead, they are at risk of persecution, arrest, or intimidation. "We call on Hamas and officials in Gaza to withdraw their security forces from public streets and squares and release all members of the movement who have been arrested or jailed," the statement reads.

The protests have put Hamas under domestic pressure. Palestine's cross-party Independent Commission of Human Rights (ICHR) has also criticized Hamas' reaction to the "We want to live" protests, condemning the "excessive use of force" displayed by the security forces, including the arrests of more than 1,000 demonstrators and a crackdown on press freedom and freedom of expression.

Israeli and Arab media, as well as Western outlets, have been critical of Hamas' heavy-handed approach which has done little to improve the organization's image. A spokesman has blamed its domestic competitor, the secular Fatah party, and the Fatah-dominated Palestinian Authority (PA) for the clashes, and said that Fatah had instructed its employees in Gaza to incite unrest.

Speaking to Al-Jazeera, the Hamas spokesman accused the PA of threatening to withhold employees' wages if they didn't comply. "We emphasize that we support peaceful protests, but we will not tolerate them being misused to spread chaos."

Protests may be politicized 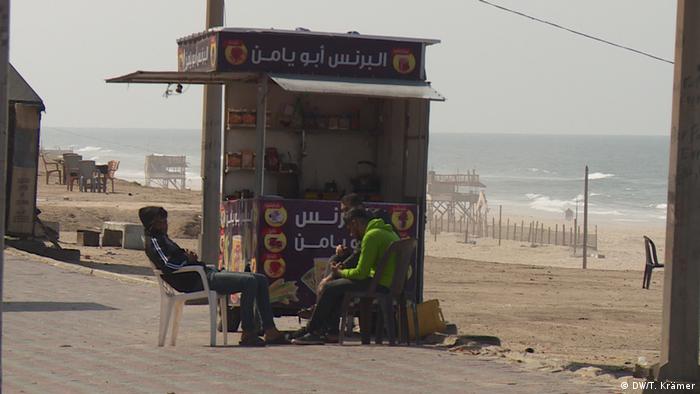 The protests coincide with severe economic problems in the region. According to the Palestinian Central Bureau of Statistics, unemployment in the Gaza Strip was at 52 percent in 2018 — up 7 percent on the previous year, and up more than 20 percent on 2007, when Hamas came to power. Higher prices for basic commodities have made life especially hard in recent months for people in the Gaza Strip.

It's unclear where the protests will lead. The Israeli newspaper The Jerusalem Post, which is critical of Hamas, does not exclude the possibility of the unrest growing, both in terms of the number of participants and in terms of their demands. Indeed, the newspaper says that Hamas is concerned that the protests could take on a dimension akin to the Arab Spring uprising in 2011.

At least one rocket, reportedly fired from the Gaza Strip, has hit central Israel. Prime Minister Benjamin Netanyahu is cutting short his trip to the US to deliver what he says will be a "strong Israeli response." (25.03.2019)

India: Why medical students are taking their own lives