From Pakistan to Europe: A refugee's endless journey

Violence and economic problems are forcing thousands of Pakistanis to flee their country. Many of them come to Europe illegally via Libya. But is it really worth all the risk? DW talks to a Pakistani refugee in Germany. 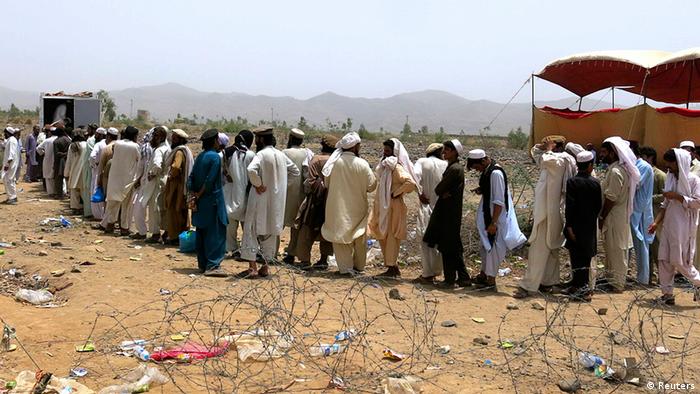 Mouazzam Shafi has applied for political asylum in the German city of Munich. The 39-year-old Pakistani citizen fled the country in January. He went to Dubai and then travelled onwards to Libya, from where he sailed through the Mediterranean Sea to Italy on a boat.

But why did he put his life in danger to migrate to Europe illegally? In a DW Interview, Shafi says that political unrest, violence, and the uncertainty in Pakistan were some reasons behind his life-changing move.

DW: Why did you decide to leave Pakistan?

Mouazzam Shafi: There were many reasons. Some months ago, my brother-in-law was murdered over a land dispute. I was also living with him. The assassins had links to Pakistani Prime Minister Nawaz Sharif's Muslim League Party. They wanted to kill me too. I didn't expect any protection from the police because Pakistani law enforcing agencies support the powerful, and in this case a provincial lawmaker. I feared I would be either killed or implicated by the police in a false case. I had two choices – to go into hiding or leave the country. 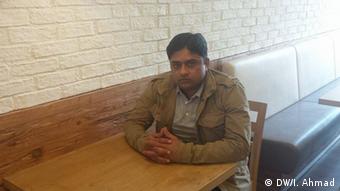 Mouazzam Shafi: 'I thought that if I had to die, it would have been better to die with my family and not at sea'

Who helped you flee Pakistan?

There are travel agents in most Pakistani towns who take large amounts of money and send you abroad. One of my relatives in my town, Noshehra Warkan, told me that he knew one such agent who could send me to Libya. I didn't know about his connections with human traffickers, but I didn't care, and I was desperate to leave Pakistan. I arranged $3,000 dollars within a week and gave it to him.

I got my Dubai visa in a week, and I left immediately – stopping over in Dubai and then moving onwards to Libya. Dozens of men from my town were already in the North African country.

And what prompted you to go to Italy from Libya?

When I landed in Libya, I immediately contacted the refugees from Noshehra Warkan. I had been in touch with them all this while. The security situation in Libya was worse than I had imagined. One night, a gang of armed men barged into our apartment and took away our belongings, the little money we had, and our passports.

There were no jobs in the war-ravaged country. The militias were fighting against each other. It was a nightmarish scenario. At that time I regretted leaving Pakistan. Going to Italy was never part of my plan, but I could not stay in Libya and neither could I return to Pakistan. I was caught between the devil and the deep blue sea.

Afghan refugee in Greece: 'We're living in a cage'

Every year, tens of thousands of refugees from Afghanistan come to Europe illegally. But very few of them manage to start a new life in the continent. Some die on the run, while others get stranded. (28.04.2015)

How did you get to Italy?

A Pakistani immigrant in Libya told me he could transport us to Italy along with a group of Syrian refugees. My family in Pakistan gave $1,000 to his family in Pakistan, after which he left us with traffickers at the Libyan port city of Zuwarah, who took us on the boat to Italy.

How many refugees were on the boat, and what were their nationalities?

There were some 80 people on the ferry, including women, children and old people. Most of them were from Syria. At least twenty were from the African countries. Around half were from Pakistan, Afghanistan and Bangladesh.

Our journey started around three o'clock in the morning. It was a dilapidated wooden boat, which broke two times at sea, and we thought we would not survive. Fortunately, both times the ships sailing through the Mediterranean came to our rescue and fixed the ferry's engine.

It was a shabby boat, any by no means suitable for that long journey. The gigantic waves would inundate the lower part of the ferry, and that's exactly where the engine was. The smoke coming from the engine was suffocating. The small boat was crammed with people, and the journey was 16-hours long. I had lost hope I would ever reach Italy.

What were your thoughts at that time?

I thought I would never be able to see the face of my two young children. I thought that if I had to die, it would have been better to die with my family and not at sea. 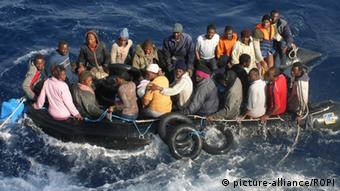 So how did you eventually come to Italy, and then ended up in Germany?

An Italian coast guards ship eventually saved us. We spent three days on that ship. They gave us food and clothes. When we landed on the Italian shore, the salty sea water had bruised our skin and we could barely walk due to weakness and fatigue. After staying in Italy for a few days, I came to Germany by car. People told me that in Germany the refuges got a better treatment than in other European countries.

Are you happy to be in Germany now?

Being a refugee in an alien country has its own issues and problems. I am not allowed to go outside a certain area. I cannot work here, and I can't rent a decent place to live in. I can't invest in Germany. The place where I live is 17 kilometers away from the main city, and only one bus goes to that city and that too only once a day. Having said that, it is true that I do not have to fear for my life now. I am alive.

The interview was conducted by Imtiaz Ahmad.