From Indonesian forests to French plates - the unsustainable trade in frogs′ legs | Environment | All topics from climate change to conservation | DW | 01.03.2017

Each year, several million wild frogs are sold in supermarkets around the world. A study suggests most species aren't labeled correctly. The trade in frogs' legs is out of control, the authors warn. 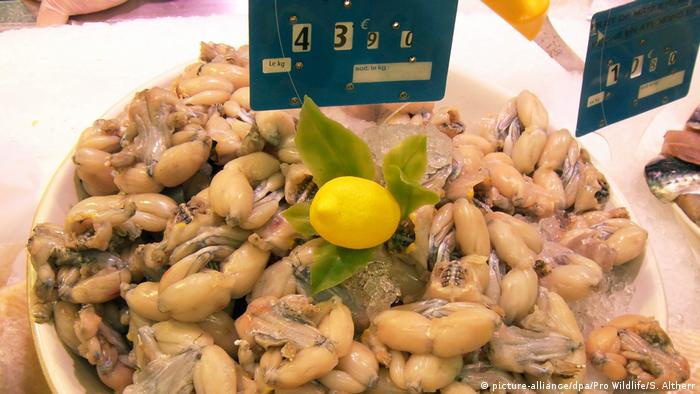 Sautéed with garlic and lemon juice or breaded and fried in cracker crumbs - frogs' legs are a delicacy in many countries, most famously France and Belgium.

Most are caught from in the wild, in Asia. Their legs are then severed, skinned, deep-frozen and exported to Europe. Live frogs are flown to the US to cater to the Asian diaspora.

After India and Bangladesh banned the export of frogs in 1987 and 1989, respectively, Indonesia became the main exporter. Today it's the source of more than two thirds of all frogs' legs in supermarkets worldwide.

Conservationists have been warning for years that the trade can't be sustainable. And there's more: Many frogs' legs are labelled incorrectly, a recent study suggests.

Which species on the menu?

Annemarie Ohler and Violaine Nicolas, of Sorbonne University in Paris, bought 209 specimens of deep-frozen frogs' legs in French supermarkets between 2012 and 2013, and identified the species through DNA analysis.

All were sold as the Indonesian species Rana macrodon, also called Limnonectes macrodon or the Javan giant frog. 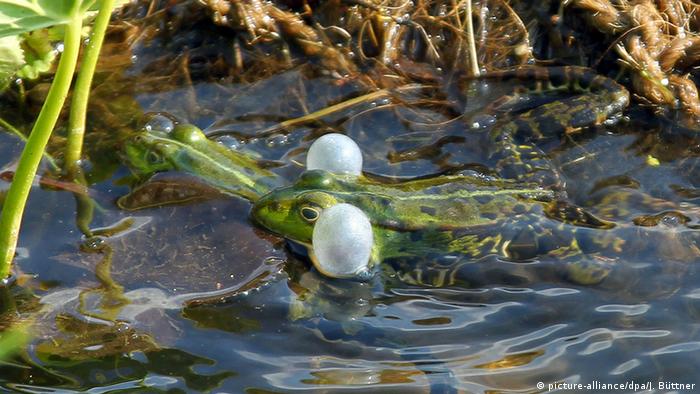 While European frogs are given protection, Indonesian frogs end up on European menus

But tests showed that 206 of the 209 specimens belonged to another species - Fejervarya cancrivora, the Asian brackish frog, as the pair report in the European Journal of Taxonomy.

Ohler suspects the mis-labeling was no accident, she tells DW. "It is quite easy to distinguish the species when they are still alive."

It's not clear why one species would be passed off as another. One theory has to do with fears of contamination. The Javan giant frog lives in rivers and forests whereas the Asian brackish frog thrives in rice fields.

"A colleague from Indonesia told me that due to environmental pollution many frogs from rice fields are full of pesticides," Ohler says.

But the study points to another worrying trend. Ohler and Nicolas say the absence of the Javan giant frog from supermarket samples "might be an indication of its rarity in the field and the fact that its natural populations are declining rapidly."

"I don't think there are many of them left," Ohler says.

According to the International Union for Conservation of Nature (IUCN), the species is now considered  "uncommon" and is listed as "vulnerable".

It is threatened by loss of habitat and water pollution. But "being highly exploited as a food source" could also play a role in its decline, according to the IUCN.

The Asian brackish frog, though, is still listed as of "least concern" and its is population growing. 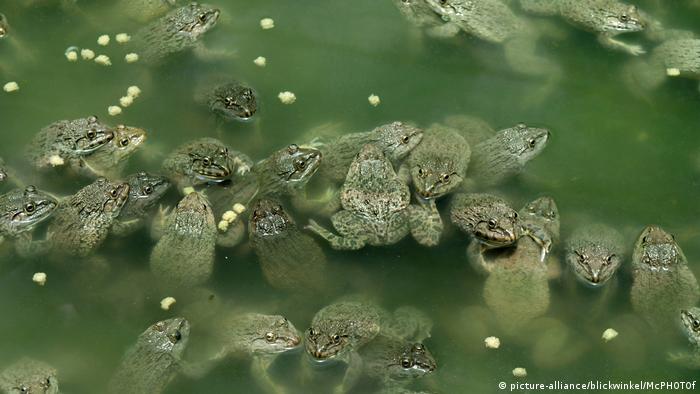 It might be good news that rather than an endangered species lurking in France's deep-freezers, a more common one has taken its place.

But conservations fear that if the trade continues, the Asian brackish frog won't stay plentiful for long.

"If the market continues to be this uncontrolled, it is just a matter of time before the next species is going to disappear," Sandra Altherr of the Pro Wildlife non-profit told DW.

Back in 2011, Altherr authored a report titled "Canapés to extinction" on the ecological impact of the unsustainable international trade in frogs' legs.

"Indonesia's frog exports are a conservation disaster," Altherr says. "This study [from France] shows that the trade is not controlled at all."

She hopes the recent study will spark debate and finally "convince the EU to limit its frog imports."

Ohler meanwhile, says it's sad nobody seems to care about "millions of frogs simply disappearing."

"Enormous amounts of frogs are taken from the wild," she says. "This can only lead to a collapse."

Ohler and Nicolas say the mis-labelling of frogs in French supermarkets underlines that something must be done.

"These results underline the need for large-scale studies to assess the status of wild populations," they write.

So far, there have been virtually no studies investigating the impact of frog harvesting on natural populations in Indonesia, Altherr says.

"We can't take out without limits if we don't even know how much is there," she says. 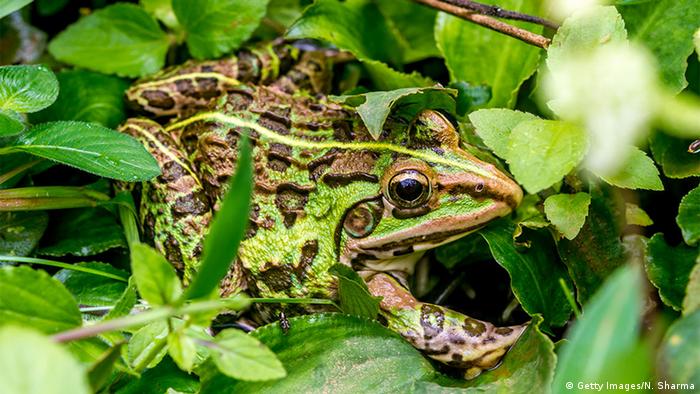 Safe for now: The Indian Bullfrog is protected under CITES

In France, where the consumption of frogs is a tradition, private individuals used to collect local frogs at certain times of the year. Only later, when deep-freezers were widely available, did collecting and trading frogs' legs go commercial.

French frogs were forced to the brink of extinction and have been protected since 1979.

In European countries, catching frogs from ponds for personal use is permitted at certain times of year but commercial hunting and trade are prohibited under EU law.

"It seems odd to me that we protect native frogs in the EU but barbecue Indonesian frogs without concern," Altherr says.

Many frog species worldwide are already threatened with extinction due to habitat loss, environmental pollution and an infectious disease caused by a fungus.

And loosing frogs could have much wider ecosystem impacts, with insects becoming more abundant and causing farmers to use more pesticides.

According to Pro Wildlife, that's why India and Bangladesh banned the export of their frog species - the green pond frog and the Indian bullfrog. Both were highly sought after for the international market, leading to unsustainable exploitation.

"Both countries got severe problems with pests like insects, slugs and so on," says Altherr. "So they put the brakes on."

In 1985, both species were listed in Appendix II of CITES, the Convention on International Trade in Endangered Species of Wild Flora and Fauna.

Ohler hopes Indonesia too, will learn to appreciate its frogs before they are all gone.

A superhero for Ghana's frogs

In search of the Giant Squeaker Frog