Friedrich Merz makes pitch to lead CDU after Angela Merkel | Germany | News and in-depth reporting from Berlin and beyond | DW | 31.10.2018

Friedrich Merz, a ghost from the chancellor's past, appeared in Berlin to explain why he should succeed Angela Merkel as the leader of the Christian Democrats. The lobbyist's intervention has taken many by surprise. 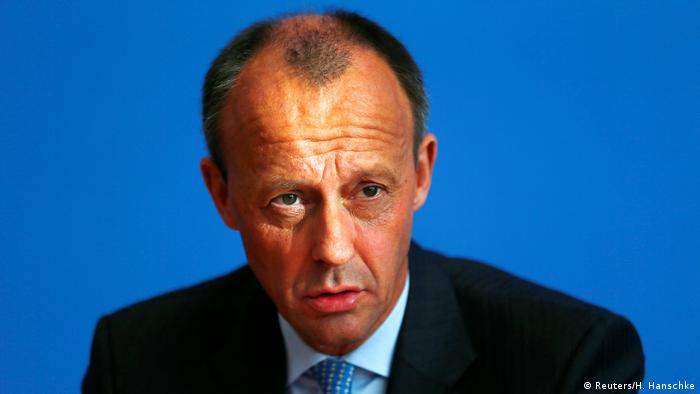 Angela Merkel old rival Friedrich Merz appeared in Berlin on Wednesday to make his case to be the chancellor's successor as leader of the Christian Democratic Union (CDU).

"My name is Friedrich Merz, with an E," Merz told a room packed with political reporters who may well have forgotten how to spell his name, given that many had not heard from him in nearly a decade.

Merz went on to explain what he thought his party had been doing wrong since he left and what he was going to put right. "The CDU needs to create clarity about its core brand," he said. "We need to make clear that this party is a great party of the center." Indeed, despite Merz's reputation as a right-wing Merkel critic, centrism remained his main message.

He was also at pains to downplay his rivalry with Merkel in the early 2000s. "Angela Merkel deserves great respect for her 18 years as head of the party," he said. "It won't surprise you, and it's no secret, that I didn't agree with all her decisions, but she certainly deserves respect." After being further pushed on the point, Merz added later that "Angela Merkel and I don't need to be reconciled." 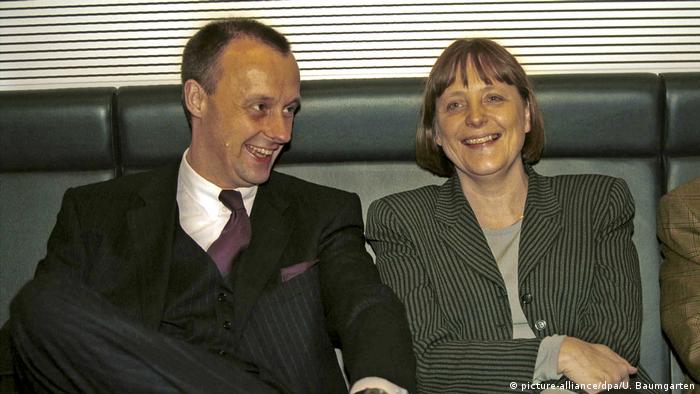 Still, Merz could not resist some coded criticism of Merkel's leadership style, particularly in the past few years, which have seen the far-right Alternative for Germany (AfD) establish itself on the political landscape. "We can't accept that voters join populist movements out of frustration and disappointment with the established parties," he said. "Berating the voters won't help. What will help is a clear political profile, and political solutions."

But he did not leave much room in his 20-minute appearance to explain exactly what those solutions might be — or to suggest, for example, that he would pursue harsher immigration policies than Merkel's government had done. Instead he confined himself to mentioning migration first in a list of the biggest challenges facing the country, along with globalization and climate change.

The other direct criticism he offered was the suggestion that Merkel's government had not responded adequately to French President Emmanuel Macron's proposals for restructuring the EU. In fact, he predicted that "holding the eurozone together" would be the biggest imminent challenge.

Of the three front-runners seeking to follow Merkel as CDU leader, Merz's surprise candidacy has brought the most irresistible gossip with it: the vengeful comeback of a man with personal grievances with the chancellor. In 2002, he lost a fateful power struggle with Merkel when the then-party leader, determined to consolidate her power after the Christian Democrats suffered an electoral defeat, took over Merz's influential post as CDU parliamentary group leader.

That seems to have stuck in his craw, not least because it is not immediately clear why a man who had apparently retired from politics in 2009, when he gave up his Bundestag mandate, should suddenly decide to return, announcing his candidacy less than an hour after his old rival had revealed her decision to step down. 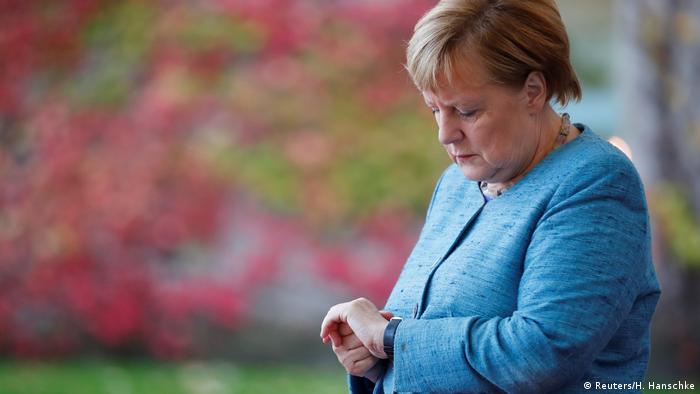 Merz has built a successful finance career in the meantime. He is currently the chairman of the supervisory board at the German branch of BlackRock, the world's biggest investment management corporation, which manages assets totaling of over $6.3 trillion (€5.5 trillion) globally. On Wednesday, Merz attempted to head off criticism that this might expose him to conflicts of interest.

"I'd like to point out that I supervise this company, but I don't lead it," he said. "And you can go back to politics. I see that in America very often; I see it in Germany too rarely." He also rejected suggestions that he represents the neoliberal element of the CDU, describing himself as "economically liberal with conservative values."

Don't call it a comeback

To paint Merz's return as the act of a wounded man seeking to satisfy a grudge isn't the whole story. Despite his apparent switch to business, he never abandoned politics entirely, and being a lobbyist kept his contacts with the CDU alive.

Most recently, he was even rewarded with public work: North Rhine-Westphalia State Premier Armin Laschet, himself often mentioned as a potential Merkel successor, made Merz state commissioner for Brexit and trans-Atlantic relations. And for several years he has also been chairman of the Atlantik-Brücke (Atlantic Bridge), a private association that promotes ties between Germany and the United States.

At any rate, Merz's candidacy for the CDU leadership does appear to be a risk to his day job. Der Spiegel reported on Wednesday that he had taken BlackRock by surprise — and internal sources told the magazine that he would not be wanted back should he fail to become the next CDU leader.

Angela Merkel's decision not to seek re-election as party leader in December or as chancellor in 2021 was "all part of the plan." How long her final government lasts now depends on who the CDU chooses to replace her. (29.10.2018)