Air traffic was halted at Frankfurt Airport for around 30 minutes after a drone was spotted nearby, a spokesperson said. "Our priority is safety first," the airport said, albeit downplaying reports of "chaos." 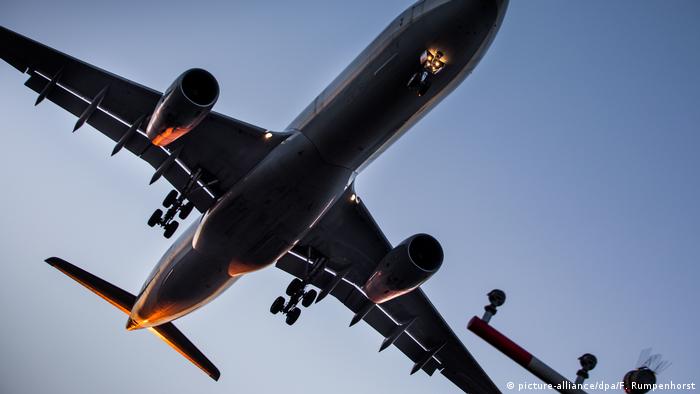 Flights in and out of Frankfurt Airport were briefly halted on Friday after at least one drone was sighted flying in the southern area of the airport, a spokesman said.

"Our priority is safety first. Flight operations were suspended for 30 min. until the police cleared the situation," the airport wrote on Twitter, emphasizing that there was "no chaos."

Police did not spot the drone again and air traffic was allowed to resume as normal.

The airport earlier said that two drones had been spotted, but later clarified that only one had been seen.

In a separate issue, some 60 flights were canceled at Frankfurt due to a computer malfunction at an air traffic control center in Langen.

Frankfurt Airport, also known as Fraport, is Germany's biggest airport and it's busiest passenger hub — serving over 64 million passengers in 2017.

Last year, the German air traffic control group DFS saw a massive spike in the number of disruptions due to drones. They logged 158 disruptions in 2018, compared to 88 in 2017. Most of the disruptions hit Frankfurt, followed by Berlin's Tegel Airport.

In December last year, over 100,000 travelers were stranded at London's Gatwick Airport for days due to drone sightings. Investigations into that case continue. Police reportedly suspect that an airport employee or someone very familiar with the site's layout — who knew where to fly the drone in order to disrupt flights while also evading capture and keeping it off camera — may have been responsible.

Rwanda made headlines as the first country to pilot blood deliveries by drone. Ghana's parliament has now approved its own drone project, despite initial skepticism. (11.12.2018)