Dozens of people have been detained after an open-air party zone in Germany's financial capital turned into a massive brawl. Police say they were attacked as onlookers applauded. 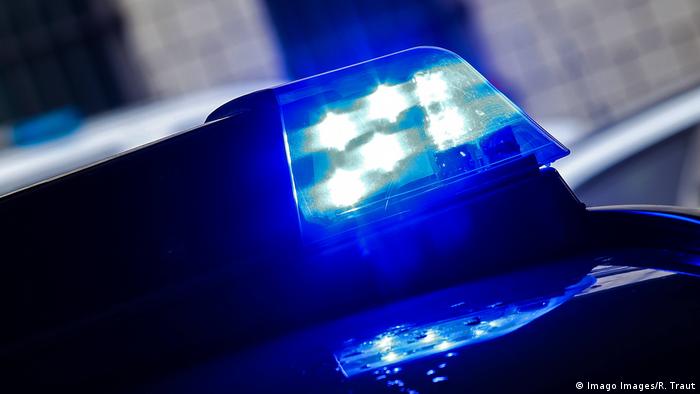 Almost 40 people were arrested in the heart of Germany's financial capital Frankfurt after violence broke out during a massive outdoor party near the German city's concert hall, police said on Sunday.

According to dpa, some 3,000 people had been partying at the Opernplatz (Opera Square) on Saturday night.

The square has become an open-air "party zone" in recent weeks, with thousands of people gathering, usually peacefully, to celebrate every weekend.

Around 1 a.m. local time (2300 UTC/GMT), the "mood started to change and became aggressive," and around 3 a.m., a fight broke out near a fountain at the square, Frankfurt Police Chief Gerhard Bereswill told reporters.

One of the partygoers had fallen on the ground and was continuing to lie there, prompting police to become involved, he added.

Several revelers then turned "openly and directly" on the officers and started throwing bottles at them, said Bereswill, adding that people clapped when the bottles were thrown and chanted "ACAB" [All cops are bastards].

Five officers were injured, and 39 people were arrested, eight of whom were still in custody as of Sunday morning.

All but one of those arrested were men, according to Bereswill. Nine of the participants are from Frankfurt, while the others are from surrounding areas.

The square has welcomed thousands of revelers in recent weeks and the parties have been mostly peaceful. 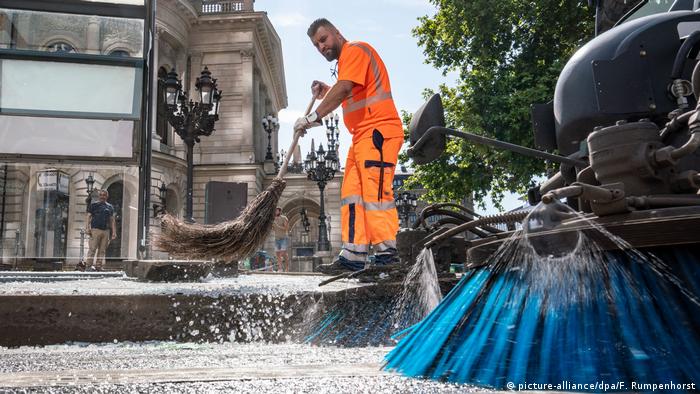 Frankfurt on Friday addressed the rubbish problem created by the massive gatherings by setting up about 400 additional bins throughout the city, including at the Opernplatz, to help keep the city clean.

In addition to Saturday night's scuffle, volunteer garbage collectors said they witnessed drunk people shaking the door of the concert hall late at night, and throwing empty bottles against it two weeks ago.

Last month, hundreds of people tore through the southwestern city of Stuttgart, looting shops and clashing with officers. The evening resulted in dozens of arrests and condemnation on the part of several politicians.