Macron called the UN Security Council "no longer useful" and touted building "European autonomy." He then hosted US Secretary of State Mike Pompeo after acknowledging Joe Biden's victory in the polls. 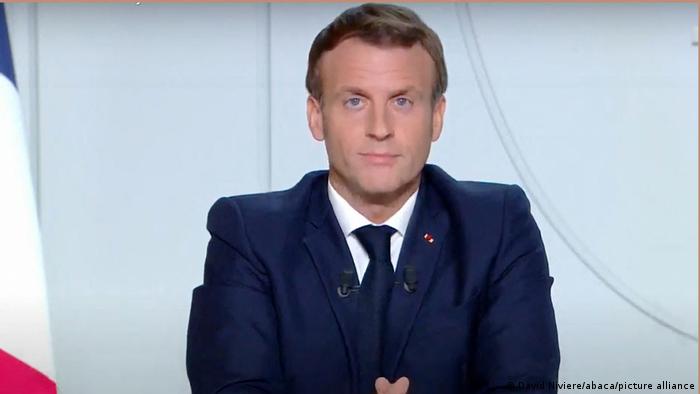 French President Emmanuel Macron met with US Secretary of State Mike Pompeo for closed-door talks in Paris on Monday in what Macron's office described as a "courtesy" visit.

The US State Department said that Pompeo and Macron "discussed significant threats to global security, efforts to counter violent extremism." These included Iran's "destabilizing" behavior and the "malign influence" of Hezbollah in Lebanon.

Pompeo, who has staunchly defended US President Donald Trump and claimed a "smooth transition to a second Trump administration," also stressed the importance of NATO unity and countering China's growing influence.

The meeting between Macron and Pompeo came after France already recognized President-elect Joe Biden as the winner of the US presidential election. While Trump and his supporters still say that the election was "stolen" and have alleged widespread voter fraud, most world leaders have acknowledged Biden as the victor.

No press conferences were held following the low-key talks, although Pompeo said the EU and US need to work together to address Turkey's "very aggressive" foreign policy.

"Europe and the U.S. must work together to convince Erdogan such actions are not in the interest of his people," Pompeo told French newspaper Le Figaro, referring to Turkish President Recep Tayyip Erdogan.

After Paris, Pompeo will head to Istanbul, as well as Israel, Saudi Arabia, the United Arab Emirates, Qatar and Georgia.

Ahead of the meeting, Macron criticized the UN Security Council and called on European nations to show greater independence in an interview with the Paris magazine Le Grand Continent.

"We need to reinvent useful forms of cooperation –  coalitions of projects and players – and we need to modernize our structures and create a level playing field for everyone," said Macron. "In order to do that, we also need to reconsider the terms of the relationship: I believe the second way forward is a strong and political Europe."

His comments follow a pre-US-election Politico editorial written by German Defense Minister Annegret Kramp-Karrenbauer, calling for stronger cooperation between Europe and the United States: "Illusions of European strategic autonomy must come to an end: Europeans will not be able to replace America's crucial role as a security provider," Kramp-Karrenbauer wrote.

Macron called Kramp-Karrenbauer's comments a "historical misrepresentation" and said he "profoundly disagrees" with the idea of European strategic autonomy being an illusion.

"Fortunately, if I understood things correctly, the chancellor does not share this point of view," Macron wrote. "But the United States will only respect us as allies if we are earnest, and if we are sovereign with respect to our defense."

'We are not the USA'

The push to encourage European countries to spend more on defense and to do more within NATO has been a theme of Donald Trump's presidency but it also dates back to previous US administrations, which encouraged similar steps, albeit with a softer tone. But Europeans often clash over precisely how to achieve this, and what degree of autonomy is desirable.

Offering further support for his push for greater European sovereignty, Macron said that American and French values "are not quite the same."

Regarding the recent US election, however, Macron called the shift to Joe Biden's presidency an opportunity work on mutual understanding that "we Europeans are continuing to build our own autonomy, just as the United States and China are doing for themselves."

This is not the first time Macron has called for greater European independence. Macron sparked controversy last year when he called the NATO defense pact "brain dead" amid Trump's tenure.