Trump hints at admitting Biden victory — and then backtracks

Donald Trump has indicated for the first time that Biden "won" the election, but claimed it was only due to alleged vote rigging. Trump later backtracked on Twitter, slamming the media for projecting Biden as the winner. 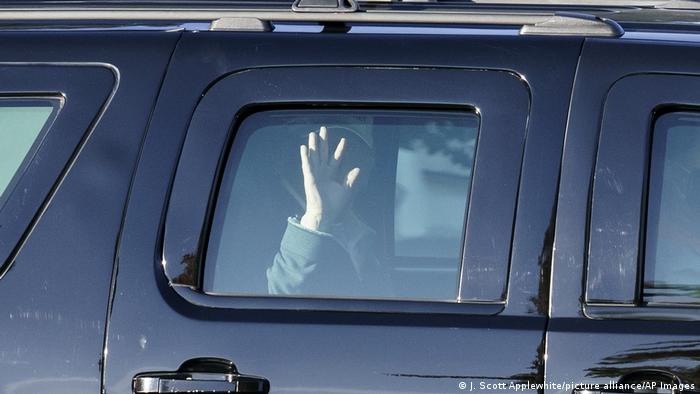 US President Donald Trump downplayed talk on Sunday of conceding to his Democratic rival Joe Biden after a pair of contradictory tweets that repeated unproven claims of electoral fraud.

The commander-in-chief seemed to say the president-elect had indeed "won" the election, albeit only because it was "rigged."

His initial comments appeared to suggest that he might accept defeat in the November 4 vote.

But Trump fired off another tweet one hour later that seemed to contradict his earlier social media post.

"I concede nothing," he wrote. "We have a long way to go. This was a rigged election."

The US president failed to provide evidence to back up his allegations that Biden beat him owing to widespread cheating.

"He only won in the eyes of the fake news media," Trump said, referring to the fact that all major US media outlets projected Biden to be the victor. One of them is the Associated Press, the country's number one news agency, which has been projecting the winners of the presidential election since 1848.

Trump has launched a slew of lawsuits in a number of states to try and seek recounts, but all of them have been unsuccessful. US security officials have already dismissed Trump's claims of a fix, saying last week's White House vote was "the most secure in American history."

The president's comments come one day after supporters organized a rally in Washington D.C. against the alleged electoral fraud. The largely peaceful demonstration turned violent on Saturday evening, as the president's supporters clashed with counter-demonstrators.

Police said 20 people had been arrested. 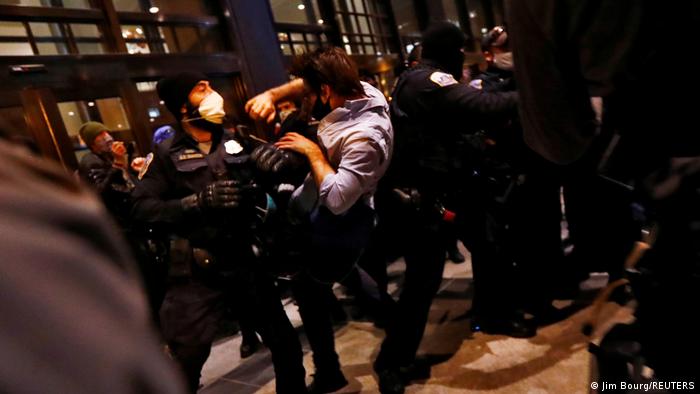 Clashes at a pro-Trump rally in Washington D.C.

Aides to President-elect Joe Biden have urged Trump to officially concede, saying his transition team cannot access intelligence briefings and federal funding until Trump does so.

The Presidential Transition Act requires an agency called the General Services Administration, which oversees all other federal agencies, to ascertain the "apparent successful candidate."

The GSA has so far failed to do recognize Biden and his running mate Kamala Harris as the victors of the election.

Its administrator, Emily Murphy, is a Trump appointee, but the decision is supposed to be apolitical.

"What we really want to see this week ... is the General Services Administration issue that ascertainment," Biden's incoming chief of staff Ron Klain told NBC News.

"Donald Trump's Twitter feed doesn't make Joe Biden president or not president. The American people did that," he said.