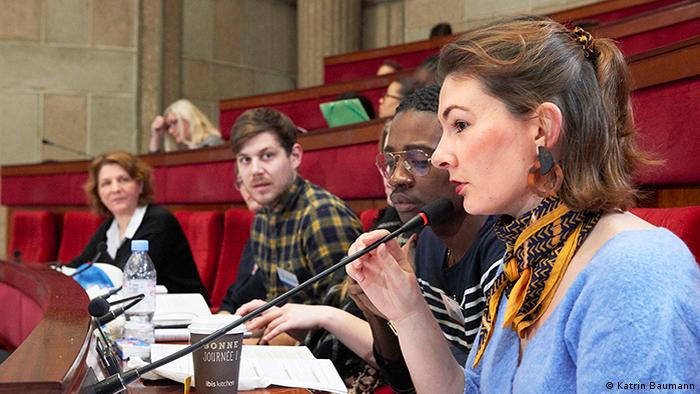 A diverse group of 150 French citizens were given a crash course in climate science, quizzed experts and debated policy

Amandine Roggeman was vacationing in Greece in August 2019 when she got an SMS saying she had been picked to take part in a convention on the climate for French citizens. Would she, the message asked, be interested?

The 27-year-old, who works in the cultural sector in Paris, had only vaguely heard about France's upcoming experiment in direct democracy.

"I first thought the text message was a joke," Roggeman said. "But I felt strongly about the climate. I also felt privileged to be randomly picked from the entire population. Above all, I was curious."

Roggemann said yes. She and 149 other randomly selected French citizens hammered out far-reaching changes in transport, commercial and industrial sectors for a climate bill aimed at slashing the country's emissions by 40%.

Yet before the bill has even reached parliament for debate, Roggeman and others are deflated. President Emmanuel Macron had promised to submit the convention's "unfiltered" proposals to either parliament or a referendum.

Instead, parliament is to debate a climate bill that includes fewer than half the convention's proposals.

"The government said they wanted us to deliver solutions but then they just picked what they wanted," said William Aucant, a 34-year-old architect and urban planner from Nantes who also took part in the convention.

"It's bitter and I'm quite upset," he added.

Marcon devised the Citizens' Climate Convention in the aftermath of the "yellow vest" protests in 2018. The movement had begun as a revolt against a new fuel tax and morphed into a general backlash against social and economic inequalities. 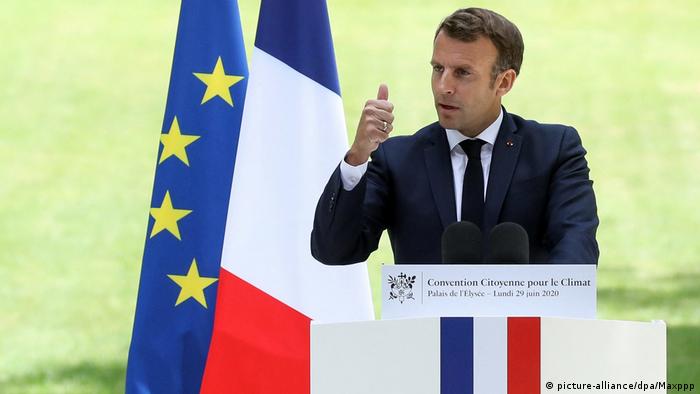 In 2019, the president launched a Grand Debate, or mass consultations, to give citizens a voice in political decision-making. In a country known for its top-down, presidential-style politics, it was a bid to defuse the angry — at times violent — protests.

"The citizens' climate convention would not have happened without the yellow vest crisis which was also a crisis of trust in political leaders," said Quentin  Sauzay of the group Democratie Ouverte, which helped organize the convention. "A highly centralized and presidential country like France, where the government system is so vertical at the national level, would never have gone in for a tool like the citizens' assembly."

With that in mind, 150 citizens from around the country — students, farmers, teachers, retired rail workers, professionals and unemployed people — as well as residents from France's overseas territories such as Martinique and Guyana, were tasked with setting the country's climate agenda.

"It was an impressive process, also to understand the urgency of the climate crisis. At first, it was intimidating because we weren't experts," Roggeman said. "But we got so much amazing information." 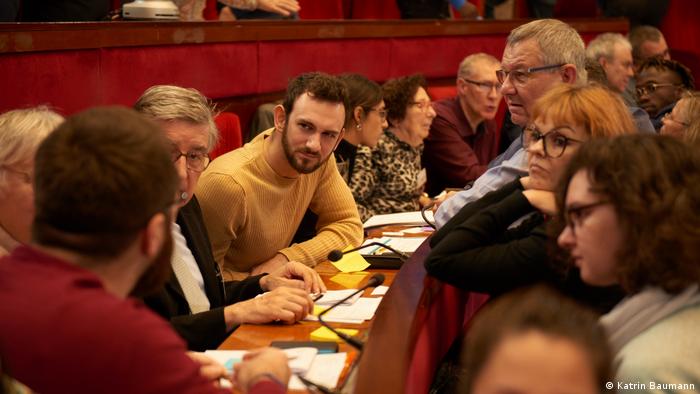 Convention participants unveiled 149 proposals in June 2020, including making ecocide a crime, cutting VAT on train tickets, regulating advertising on polluting products, and banning domestic flights on journeys that can be done by train in under four hours.

Back then, Macron accepted all but three of their proposals — a 110 kilometer per hour speed limit on highways, a 4% green tax on company dividends and the introduction of environmental protection as a primary goal in the preamble of the French constitution. Instead, he said, he would support a referendum on writing climate goals into France's constitution.

But by December 2020, further divisions had emerged between the government and the convention. In an interview in the French media, Macron, who is facing an election in 2022, complained that some members had gone too far and exceeded their advisory role.

The president said he had respect for the work of the citizens' convention, but "you can't say that just because 150 citizens wrote something, it's the Bible or the Koran."

Film director and environmentalist Cyril Dion, who had been appointed to oversee the convention, called on Macron to keep his word. He also launched a petition to "save the convention" which has garnered over 500,000 signatures.

Following several delays and disagreements, the government finally published its proposed climate bill earlier this year. It includes about 40% of the citizens' proposals, and is expected to be debated by parliament in March.

Environmental groups say the bill does little to achieve climate targets, instead diluting citizens' proposals in sectors such as transport, car use and building renovation, which are some of the most polluting, and key to France meeting its commitments under the Paris Climate Accord. 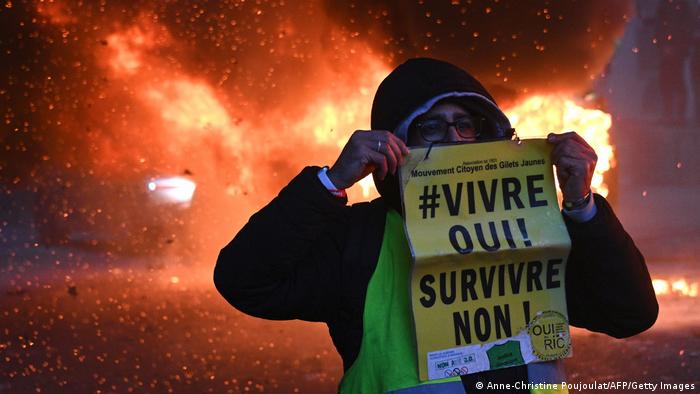 "The citizens' convention had a clear mandate to work on proposals that would raise the ambition of French climate policy to reach a 40% reduction in emissions by 2030," said Meike Fink of Climate Action Network, one of the NGOs that briefed the convention on climate science. The EU recently upped its target to 55%.

"We won't be able to respect any of those objectives with the proposals on the table and the policy measures already in place," Fink added.

Both she and Sauzay accuse the government of giving in to industry lobby groups, particularly on transport and building renovations.

One proposal calling for a tax on heavy polluting vehicles was quashed, Sauzay said, following complaints from French manufacturers. "This is a specific example where lobbies actually won the battle," he said. "But it will still be debated in parliament so it's not over yet."

A model that's here to stay?

Yet despite the disappointment, France isn't ready to set participatory democracy aside as a failed experiment.

The government recently announced a panel of randomly selected French citizens to accompany France's COVID-19 vaccination process. On a local level, the cities of Marseille, Nancy and Poitiers are tinkering with tools to give residents a voice in everything from assessing the impact of the coronavirus pandemic to revitalizing ailing town centers.

And if nothing else, the experience has certainly changed some of the convention participants themselves. Aucant has registered as an independent candidate on a citizens' list to call for more sustainability in regional elections in the western city of Nantes next spring.

"Earlier, I was uninterested and disillusioned by politics, but knowledge of the climate issue has made me change my mind," Aucant said. "It's a universal topic, it has to be high up on the public agenda and as a citizen I want to be involved in making a change in my region."

Due to an editing error, a previous version of this article incorrectly spelled President Emmanuel Macron's name. This has been corrected. (February 16, 2021)