The EU's three main bodies have put forth three different sets of climate protection goals. The most ambitious came from lawmakers, but everyone will have to agree for anything — other than the climate — to change. 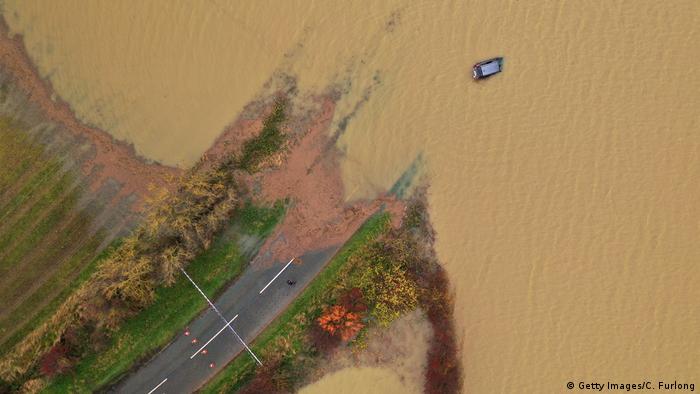 The European Parliament officially approved its position on the European Union's climate law on Thursday. The rubber stamp confirms its support for a 2030 target to cut greenhouse gas emissions by 60% against 1990 levels.

The vote confirms the position that was agreed upon in preliminary votes earlier this week. Parliament must agree on a final law with the bloc's 27 member states — but many national leaders see the 60% target as too ambitious.

The current EU target is a 40% emissions cut by 2030. Lawmakers hope that by pushing for a cut of 60% it will put pressure on countries to keep the target above 55%.

The vote also approved a requirement for the EU to remove as much CO2 as it produces every year, and the more ambitious goal to be climate neutral by 2050.

The European Council, the body of national heads of state and government and of which Germany currently holds the presidency, must also ratify the goal. The council has not yet published climate goals under Germany's leadership.

European Commission President Ursula von der Leyen announced the target at her State of the European Union address in September, naming the figure of 55%.

"I recognize that this increase from 40 to 55 is too much for some, and not enough for others," she said in a speech to EU lawmakers in Brussels.

"The Commission has very good arguments for a new goal of at least 55%," German Environment Minister Svenja Schulze said in response to von der Leyen's speech.