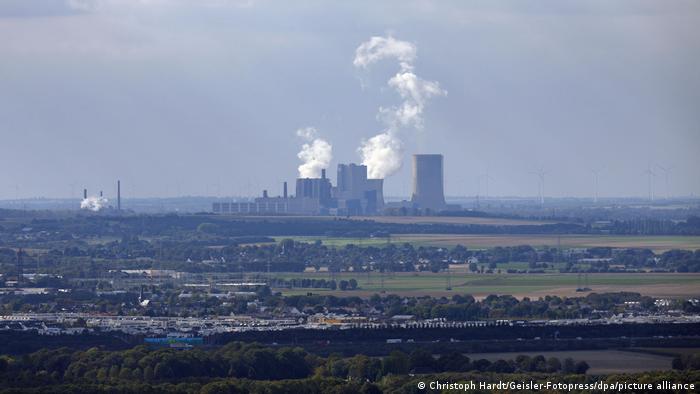 The coronavirus pandemic has altered economic priorities for governments around the world. But as wildfires tear up the west coast of the United States and Europe reels after one of its hottest summers on record, tackling climate change remains at the forefront of economic policy.

Germany's climate charter would bring the country in line with Brussels' plans and put Germany at the forefront of green policy. But is Altmaier's charter just political posturing?

Read more: 'This is the moment for the EU to lead the way,' says EU chief Ursula von der Leyen 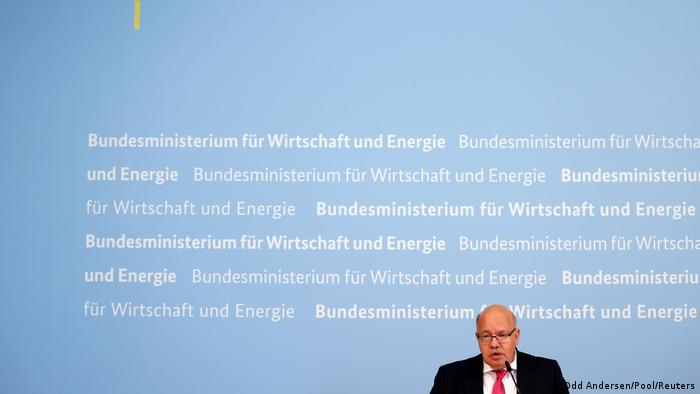 What is the climate charter?

"This is the first time the economics ministry of a major country has openly embraced policies suggested by groups like Fridays for Future," climate change policy expert Miranda Schreuers tells DW. "That is really quite dramatic."

Schreuers is professor of Environment and Climate Policy at the Technical University of Munich, and is among those who cautiously welcome Altmaier's announcement.

Read more: Vanessa Nakate: 'Many people are not yet aware of the dangers of climate change'

The establishment of the "Charter for Climate Neutrality and Economic Strength" may indeed be a response to some of their demands. Altmaier's announcement also enshrines the EU goal of complete climate neutrality by 2050, with the application of annual goals in Germany. But prominent London-based think tank Energy Transmissions Commission described the goal as "mission impossible" on Wednesday.

Other key points include subsidies for German businesses which use renewable energy sources and the introduction of a scoreboard to rate companies for how efficiently they cut emissions.

But Altmaier's most radical announcement — at least politically — was his admission that he has made mistakes by not acting faster and that the goals can only be achieved if political parties work together.

"We have failed to adequately explain our policy. A lot could have happened quicker and faster," the close ally of Chancellor Angela Merkel said. 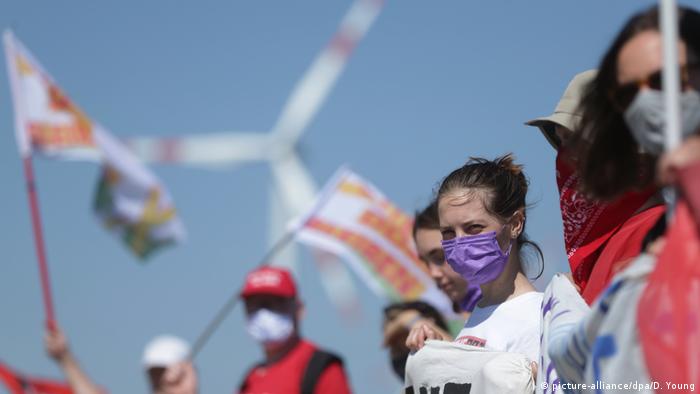 Protesters in Germany from Fridays for Future in front of windmills

Importance of the economic model

Professor Schreuers believes that getting certain key industries to work with the climate charter will be crucial to the success of Altmaier's plan.

"If we don't manage to get certain industries on board — automobile manufacturing and steel for example — then it simply won't work," she explains.

"Big industry needs to stay in the country, and it needs to become competitive and green."

Germany's reliance on high-emitting industries has long cast a shadow on its green reforms. Altmaier hopes that a reform of CO2 pricing can help improve this.

Read more: Could soil save our climate?

"The only concrete measure in his plan is the idea of reforming CO2 pricing," says Antje von Broock of environmental organization Friends of the Earth Germany. "And he could have done that in September 2019."

That was when Germany announced its climate package ahead of the EU's Green New Deal.

In the new green Europe, which von der Leyen wants to see as the world's first climate-neutral continent, Germany can only keep up if it protects big industry, Schreuers believes.

Is Germany a world leader for climate protection?

But Professor Schreuers also thinks that Germany's role as a world leader in this issue may have been overstated in the last few years.

"Although Germany has been seen as a leader in climate protection policy, you could argue that Germany has really been crucial in putting on the brakes," Schreuers says. "But now Germany is waking up to the reality that other parts of the world are already streets ahead of them."

China, Japan and the US state of California are all in the process of developing ambitious renewable energy systems that could leave the EU, and Germany with it, trailing behind.

Schreuers also believes that this November's US presidential election will be a game-changer for the EU and Germany's climate goals.

"Right now, it looks like [Democratic presidential candidate Joe] Biden will win — and he wants 100% carbon-free electricity in the US by 2035," Schreuers explains. "That will change the global playing field hugely."

An early start to the election campaign?

The timing of Altmaier's announcement may also be significant, with Germany heading to the polls in less than a year.

Von Broock of Friends of the Earth Germany largely dismisses the 20-point plan as electioneering. "Peter Altmaier wants to use climate protection policy to increase his profile in the pre-election campaign."

There is all to play for in 2021 for Altmaier's center-right Christian Democrats (CDU), as the enduringly popular Chancellor Angela Merkel will step down. The CDU is currently in coalition with the center-left Social Democrats (SPD), but the Green party is catching up with the SPD. Many national polls put the Greens as Germany's second most popular party.

"All of this means the CDU are setting themselves up for a new coalition partner — possibly the Greens," says Schreuers. The climate charter may be a concession toward this possible future pact.

Minister Altmaier was insistent that the new charter will "cross party lines" and that the CDU is ready to work together with other parties.

For both academic Schreuers and activist von Broock, the proof will be in the achievement of the goals.

"What we need are serious social efforts, led by politicians who courageously initiate the necessary ecological and social transformation," says von Broock. "It is therefore fundamentally to be welcomed that Minister Altmaier wants to bring the economy on board. However, the 20 points of his climate charter do not go far enough."