The German economy minister plans a "historic compromise" on a new climate change charter to help achieve a climate-neutral society by 2050. The new measures will aim to cross parties lines and help businesses. 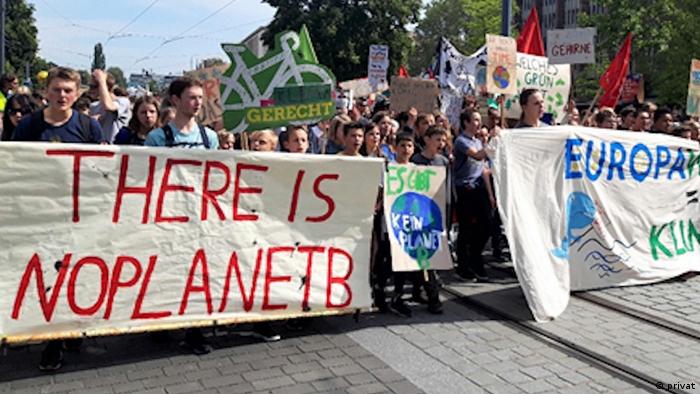 "It is my opinion that climate protection is the central and most important task our generation has to deal with," he said at a press conference in Berlin.

"We must act accordingly," he added. He also admitted that he had made mistakes in his role in the past.

"We have failed to adequately explain our policy. A lot could have happened quicker and faster," he said.

The charter, which he hopes parliament will approve before next year's autumn elections, will cross party lines. Altmaier, a member of Chancellor Angela Merkel's center-right Christian Democrats, wants to approach the other parties in the political center of the Bundestag.

What will be in the new charter?

He announced that every year until 2050 will see new concrete CO2 reduction plans. By that year, Germany plans to be completely carbon-neutral. Earlier this year, the government announced it would introduce a CO2 price of €25 per ton for fuel, gas and oil used for heating.

The key points of the strategy will focus on helping businesses, Altmaier said.

"The more we tackle the achievement of the climate goals, the more we must support the economy, especially small and medium-sized enterprises," Altmaier told Germany's Der Spiegel magazine earlier on Friday.

How will Altmaier get other parties on board?

Key in the new charter is Altmaier's plan to cross party lines. But smaller parties were quick to point out flaws.

"There are still completely the wrong priorities when it comes to infrastructure building," Stephan Kühn of the Green Party said in parliament.

The climate spokesperson for the pro-business FDP was also skeptical of Altmaier's "historic compromise."

"One suggestion: A little less dramatic language and a little more effective and efficient climate politics — then the FDP would happily work together," Lukas Köhler wrote on Twitter.

Germany is set to have federal elections by the end of October 2021, which could see the political shape of the country change. Germany's extensive use of fossil fuels remains a key issue.