France grapples with racial injustice and police violence | Europe | News and current affairs from around the continent | DW | 12.06.2020

George Floyd's death in the US has sparked renewed protests against racism and police behavior towards minorities in France. Despite minor concessions, those in power continue to deny the country has a problem with race. 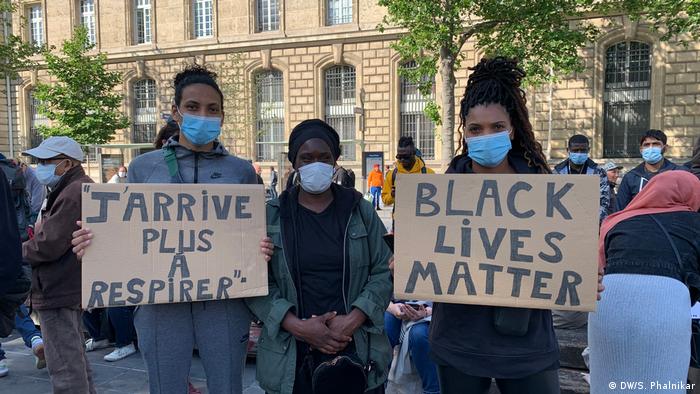 On a mild evening this week, hundreds of people knelt in silence in Paris' historic Place de la Republique to pay tribute to George Floyd as he was buried more than 8,000 kilometers away in Texas.

Under a towering statue of Marianne, the personification of the French Republic, placards read "black lives matter in France too," "No to racism" and "I can't breathe." Demonstrators, many clearly in discomfort, struggled to stay on their knees for close to 9 minutes, the time that a white police officer in Minneapolis held a knee on Floyd's neck, leading to his death.

The brutality of those final moments of Floyd's life, filmed on phones, has resonated strongly in France, which has long struggled with its own legacy of police violence. 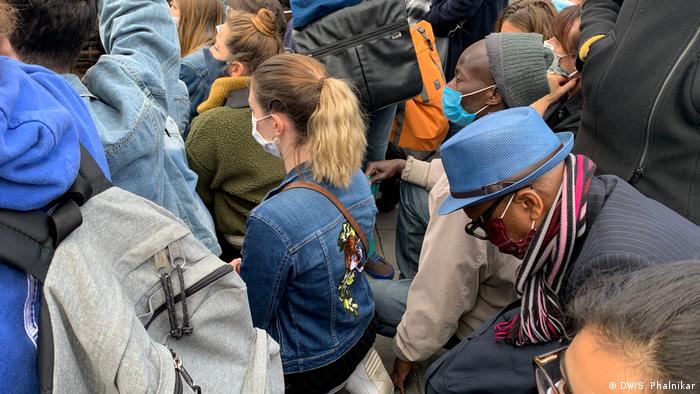 "In France, we say we are all equal, but we are not all treated equally. If you're a young black or an Arab man, you're targeted and harassed by the police," says Denis, a 22-year-old black man who declined to give his last name. "We're not making this up, but white people don't want to hear us or believe us. They think we're exaggerating."

Dina Sanches Tavares, a black woman, echoed the view. "My 16-year-old brother is constantly stopped and controlled by the police, even when he's just coming home from the gym. I'm terrified for his safety," she tells DW. "Can you imagine how scarring it is to be treated like a criminal simply because of the way you look?"

The anger is palpable in France, where George Floyd's killing has reignited calls for justice for Adama Traoré, a 24-year-old black man who died in police custody in July 2016. Although there is no video, the circumstances have drawn comparisons with Floyd's death.

Last month, a court-mandated medical report ruled that officers who arrested Traoré had no involvement in his death and that he died due to underlying health conditions and heart failure. However, an independent autopsy ordered by the family concluded that Traoré's death was caused by arrest techniques, sparking protests across France attended by thousands. 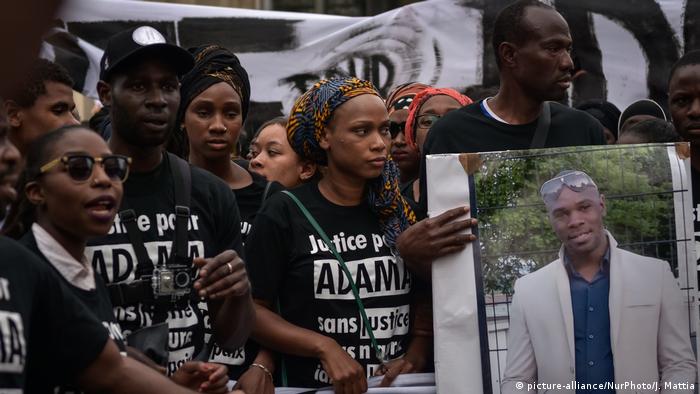 "Today we are not just talking about the fight of the Traoré family. It's the fight for everyone. When we fight for George Floyd, we fight for Adama Traoré," his sister Assa Traoré said at a protest earlier this month, according to news agency AFP.

Much like in the US, minorities in France too are demanding accountability and transparency from the police.

"In both the US and French police, racism is structural," says Madjid Messaoudene, a local politician and activist in Seine-Saint-Denis, a northern Paris suburb. Though France has far fewer fatal shootings by police than the US, many say it's doing less to combat police violence.

"We have many families in France who are waiting for justice for their children killed by the police. They can't turn the page and move on because they feel the lives of their children are not considered important. That has to change." 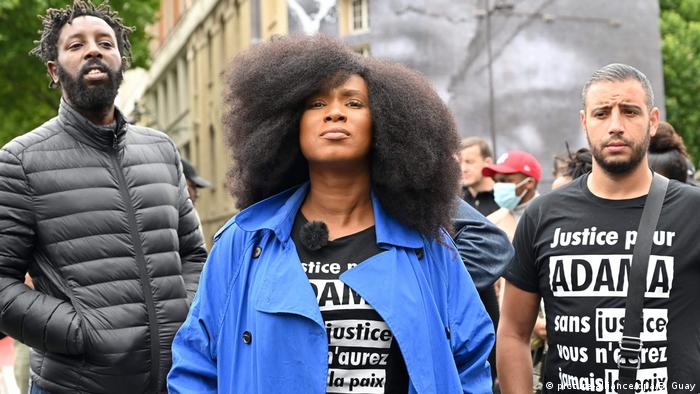 It's an all too familiar story in Seine-Saint-Denis, which is notorious for its high unemployment, low-income and high-rise buildings. Much like the banlieu — or suburb — where Adama Traoré died, it's home to many Arab and black residents who trace their roots to former French colonies.

Relations with the police have long been tense. Daily life for most young men, Madjid Messaoudene said, involves identity checks, frisking, harassment and violence by officers.

"In our society, when you are young, if you are non-white and if you go and complain against the police, nobody will listen to you. That's a simple fact," Messaoudene says. "For real justice to be done, every racist officer has to be investigated and banned from the force. But so far, no policeman has gone to jail for killing anyone in France. Impunity is the rule here." 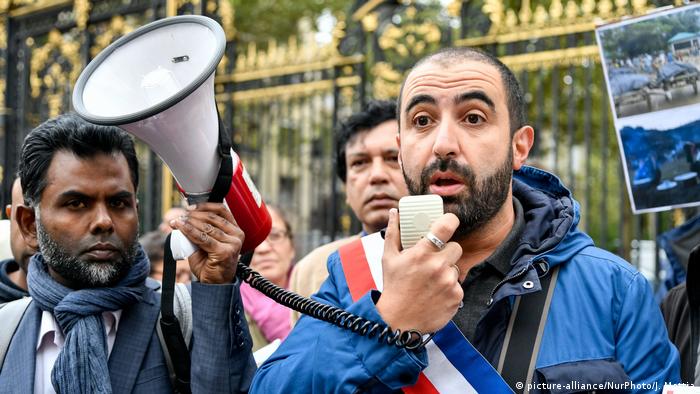 But, top officials have denied that the country has a racism problem. France likes to see itself as color-blind, where citizens are expected to abide by a principle of universalism and identify with the nation over any ethnic or religious identity. In 2018, lawmakers voted to remove the word ‘race' from the French constitution and the government is not allowed to collect information about people's race or religion.

France moving away from color-blindness?

But according to Eric Fassin, a sociology professor at the University of Paris 8, things are slowly changing. He pointed to a report by the national ombudsman, an independent authority overseeing human rights in France, which found that that young Arab and black men are 20 times more likely to be stopped than their white counterparts, confirming what activists had been decrying for years.

The current protests roiling France, he said, are further chipping away at taboos around race and white privilege despite a pushback from political leaders averse to discussions on systemic racism.

"Many commentators and the media are now talking about race, they now speak about both black and white people at demonstrations. People in France are realizing there is a race problem. And that this race problem is also a police problem," Fassin said.

"My hope is we'll realize that talking about race isn't against democracy but rather about democracy."