Protesters burned cars and garbage bins in a suburb north of Paris on Friday for the third night in a row. The unrest was sparked by the death of a man in police custody earlier this week. 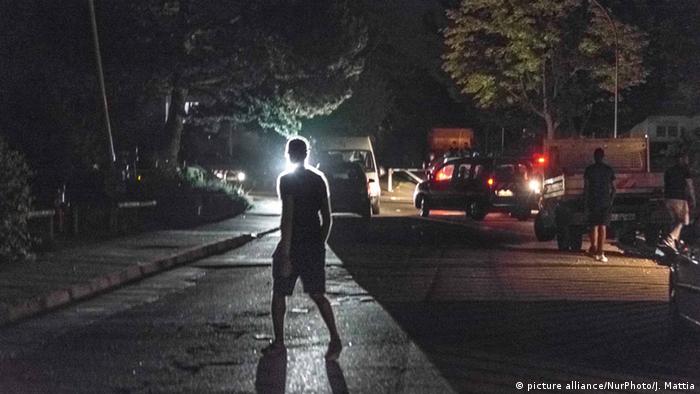 Protests started on Tuesday night after 24-year-old Adama Traore died en route to a police station following his arrest in the Val d'Oise area about 40 kilometers (25 miles) north of Paris.

An autopsy reportedly found no signs of significant violence on Traore's body but did find that he had been suffering from a "very serious infection," according to a justice official. He was arrested after an altercation with police when they went looking for his brother over a petty crime case.

Members of his family said he appeared to have been killed by police. Sister Assa accused police of causing her brother's death. "My brother was killed, he was subjected to violence," she told reporters.

Family and friends of the dead man had told police that they were planning a street march on Friday, said Jean-Simon Merandat, chief of staff to the Val d'Oise police prefect.

The violence on Friday evening was reportedly less marked than previous nights, although a police vehicle was hit by buckshot fire and six cars and several bins were set alight. Earlier this week, a crowd of around 200 threw petrol bombs at police and public buildings.

The marchers chanted "Justice for Adama!" and "Je Suis Adama," while about 180 police were deployed to restore calm on Friday evening.

Estimates for the crowd taking part in the memorial march and protest ranged from 1,500 and 5,000.

"Things are pointing towards an easing of tension," Merandat said, adding that five arrests had been made but nobody was in custody.