France's interior minister has promised an investigation into police behavior, after footage emerged of officers making racist remarks while carrying out an arrest. 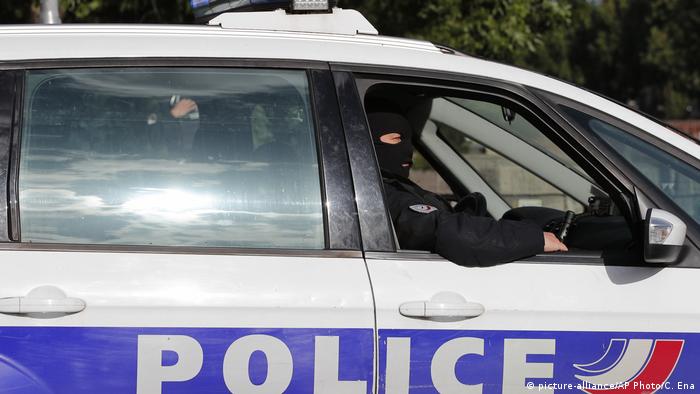 France's internal police watchdog will launch an investigation into alleged racist behavior by police officers in the Ile-Saint-Denis area near Paris, the country's interior minister announced Monday, after video footage of an incident was shared on social media.

"A video showing a police intervention in the sector of Ile-Saint-Denis has led to legitimate indignation," Interior Minister Christophe Castaner wrote on his Twitter account early on Monday.

"All light will be shed on the matter. The IGPN has been alerted. Racism has no place in the Republican police force."

The General Inspectorate of the National Police (IGPN) is the body that audits and oversees police activity in France.

Video footage shared on social media by journalist Taha Bouhafs on Sunday shows a group of police officers out at night, reportedly in the process of apprehending a man who had jumped into the Seine river to escape arrest.

"A bicot like that can't swim," one says, using a derogatory term for Arabs from North Africa.

"They sink. You should have hung a weight on this foot," another responds. Later, the officers can be heard laughing while someone screams, presumably as they make the arrest.

The chief of police in Paris also confirmed that the General Inspectorate of the National Police (IGPN) would be called on to "shed light on the circumstances involving the police and determine the identities of those who made the remarks," French news broadcaster France Info reported.

The officers had been responding to a robbery, the police said.

Strict restrictions on public life put in place by President Emmanuel Macron in an attempt to curb the spread of the coronavirus outbreak have inflamed social tensions in the low-income neighborhoods that surround Paris.

Last week, violence broke out between youths and police in several areas near Paris, as well as in other parts of France.

Hundreds of people were cleared from makeshift camps in the French capital. The operation was the largest of its kind in over a year and comes after Macron's government vowed to "take back control" of immigration. (07.11.2019)