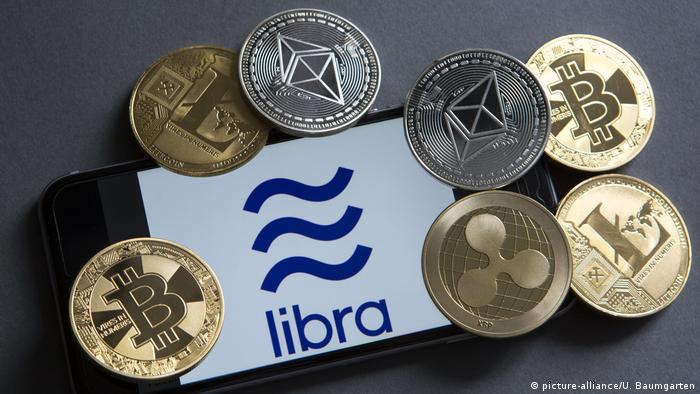 France and Germany jointly rejected Facebook's planned introduction of the Libra cryptocurrency on Friday, calling it a threat to a stable EU economy.

The virtual currency could undercut "the monetary sovereignty" of states in the bloc as well as posing risks to consumers and undermining financial stability within Europe, said French Finance Minister Bruno le Maire and his German counterpart Olaf Scholz.

The two ministers issued the criticisms in a joint statement at a meeting of Eurozone finance ministers in Helsinki. It came in response to Facebook unveiling its plan for users to be able to make payments through the platform.

"France and Germany consider that the Libra project, as set out in Facebook's blueprint, fails to convince that those risks will be properly addressed," read the statement. The finance experts also agreed that the 19-country eurozone will pursue a tough regulatory approach should Libra seek authorization to operate in Europe.

Ministers said they would back the development of an alternative public cryptocurrency instead. Official plans are already underway for a public cryptocurrency, devised by the European Central Bank (ECB). The aim is to make largely unregulated currencies such as Libra redundant.

Currencies of the future

Despite these recent pledges, official plans from governments could come too late. Apps and dark web currencies have already begun to define the shape of virtual currencies.

In China, users of Social Media app WeChat pay for goods and transfer money by scanning QR codes using money stored in a virtual bank account in the app.

such as Bitcoin have also been widely used as payment on the dark web for over a decade.

Comparatively, attempts to launch such a currency in Europe by the European Central Bank have been slow to take off despite several plans being in the pipeline for years.

"We need to step up our thinking on a central bank digital currency," ECB board member Benoit Coeure told a news conference in Helsinki.

North Korea has been supporting its weapons program using sophisticated cyberattacks to hack banks and cryptocurrency exchanges. The attacks are reportedly getting more sophisticated and harder to trace. (06.08.2019)

Chinese tourists in Germany can now use the popular instant messaging service WeChat to book tables or excursions without having to speak a word of German. (29.12.2016)