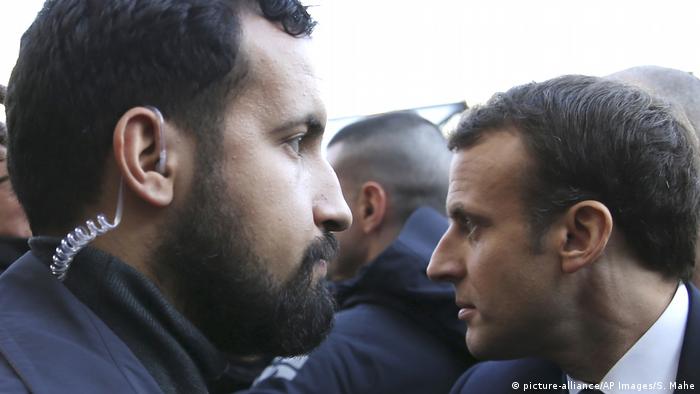 The Elysee Palace has raised concerns over Emmanuel Macron's disgraced former bodyguard, Alexandre Benalla, and his recent work as a "consultant" in Africa, the presidency confirmed on Thursday.

In a strongly worded letter to Benalla dated December 22, Macron's office chief Patrick Strzoda demanded more details regarding Benalla's business trips to several African countries and told him not to claim any links to the French government. The sacked security aide was also warned against divulging any confidential information gleaned while working for Macron.

"Let us be clear: we forbid you from claiming you have any kind of recommendation or tacit support from the presidency," Strzoda wrote. He also asked Benalla to provide "all relevant information" regarding his consultancy work.

"Whatever Mr. Benalla does, he is neither an official nor an unofficial envoy of the president. If he presents himself as such he is wrong," the news agency Agence France-Presse quoted the president's office as saying in a statement.

French officials are worried Benalla may have been profiting from his former insider status since he was fired in July. The former bodyguard has been quoted on several French news sites in recent days, saying he was "shocked and scandalized" by the recent media reports.

Two weeks ago, it emerged that Benalla had traveled to Chad in early December and met with President Idriss Deby, raising questions over how he was granted such high-level access to an African leader. His trip came several weeks before Macron's visit to the country on December 22 and 23.

Macron's office told AFP that Benalla did not inform the presidency of the trip to Chad until afterward.

Benalla told Le Monde that he has been working as a "consultant" and has been to "around 10 countries in Africa." The French newspaper has also reported that he met with Congo's President Denis Sassou-Nguesso in October as well as with top officials in Cameroon as part of a business delegation.

On Thursday, Mediapart, an investigative news website, said Benalla was still traveling on a diplomatic passport which he received as part of his security job. The Foreign Ministry has said it asked Benalla to hand in two diplomatic passports after his dismissal, adding that it would consider taking legal action if the passports were used.

Benalla, 27, was fired by Macron after a video surfaced in July of the bodyguard beating a protester during a May Day demonstration in Paris while wearing a police helmet. He faces criminal charges over the incident, including charges of assault and impersonating an officer.

The Benalla scandal marked a turning point in Macron's presidency and his popularity. Political rivals have accused Macron of acting too slowly and covering for Benalla, who was given a senior security job after Macron won the presidential election in 2017.

Belarus: Over 100,000 protest against Lukashenko ahead of strike ultimatum 21m ago

'Stowaway' incident on oil tanker off coast of England 2h ago