French President Emmanuel Macron has fired his security aide Alexandre Benalla for beating a protester and impersonating a police officer. Macron faces fierce criticism for failing to respond to the incident sooner. 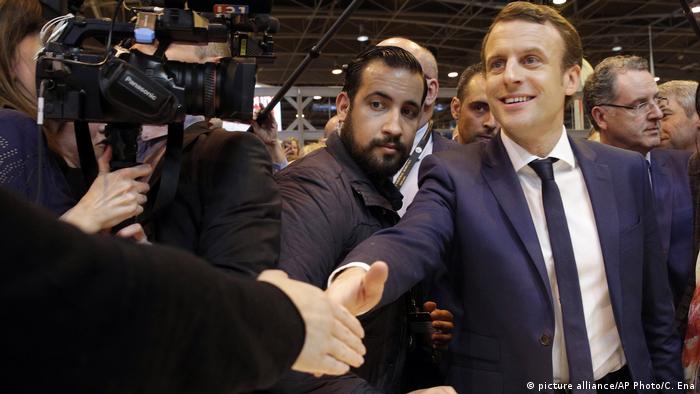 A top security aide to French President Emmanuel Macron was sacked on Friday after it emerged he had beaten a protester during a demonstration in May, the president's office said Friday.

The presidential Elysee Palace said it dismissed Benalla after "new evidence" had emerged. According to AFP news agency, the president's former aide is suspected of unlawfully receiving police surveillance footage in a bid to clear his name. Three police officers have reportedly been suspended on suspicion of providing Benalla with the footage.

Earlier on Friday, Alexandre Benalla was detained and questioned by authorities on allegations of assault and impersonating a police officer.

A source close to the inquiry told AFP that Macron's cabinet chief, Patrick Strzoda, had been also questioned by investigators on Thursday.

The damaging scandal hit the Macron government on Wednesday after Le Monde newspaper published a video of Benalla dragging away one protester before moments later hitting another during May Day protests in Paris.

Benalla is seen in the video wearing a police helmet and surrounded by riot police.

Benalla is not a policeman but had been given permission to "observe police operations" during a day-off for the May 1 public holiday, the Elysee Palace said Thursday, as it sought to respond to a growing public backlash. 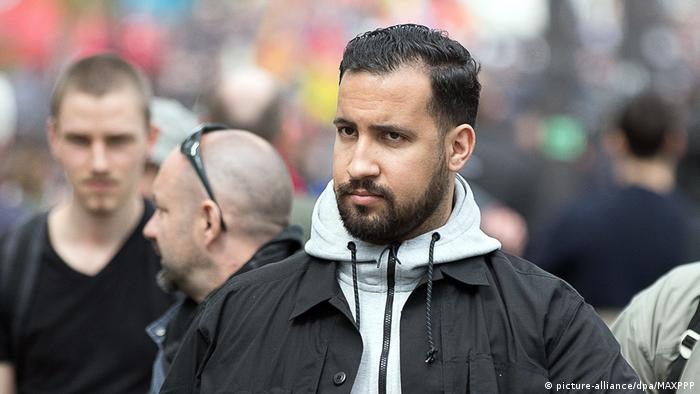 Benalla had been suspended from his position and given a desk job for two weeks when the incident first came to light in May.

However, he retained his office in the presidential palace, where he was responsible for organizing security for Macron's trips.

The president's office sought to dispel the notion that harsher action would be taken against Benalla only because the three-month-old incident had become public.

The Elysee Palace told AFP that "new elements" had emerged in the case, in particular that Benalla may have illegally received police surveillance footage in an attempt to prove his innocence.

Three officers have also been suspended from the force for providing the footage, a source told AFP.

The perceived lenient initial punishment of the aide opened up Macron's office to criticism that there had been a cover-up and preferential treatment.

Richard Ferrand, a senior MP from Macron's party and key figure in his campaign team, said "it was not a close aide, it's someone who was responsible for security of the president during the election campaign and then joined the Elysee."

But opposition MPs were quick to suggest there had been a cover up and raised questions over why the incident had not been taken to the police when it was revealed in May. A parliamentary inquiry is set to investigate the incident itself, the lenient initial punishment and the failure by authorities to promptly report Benalla to the judiciary.

"This video is shocking. Today, we have the feeling that in Macron's entourage, one is above the law. It is obvious that Macron has to speak up about this," Laurent Wauquiez, president of conservative opposition party Les Republicains told Europe 1 radio.

Socialist Party leader Olivier Faure said there was "a double standard" in how Benalla had been treated compared to any ordinary French citizen.

Alexis Corbiere, an MP for the hard-left France Unbowed party, said Benalla "deserves to be punished with a prison sentence, at least a suspended sentence and with very heavy sanctions."

Candidates Macron and Le Pen held political rallies in the French capital to woo undecided voters. But on this Labor Day celebration, many French workers are divided over whom, if anyone, to vote for. (01.05.2017)

May Day: Calm in Berlin, but Molotov cocktails in Paris

Workers and activists have marked May Day around the world with defiant rallies and marches for better pay and labor conditions. During far-right protests in the German town of Apolda, police arrested 100 people. (01.05.2017)