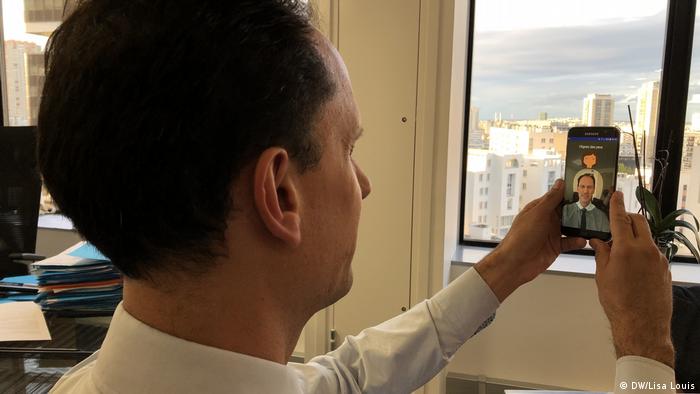 Jerome Letier is convinced the technology in his hands will take France into a new digital era. The head of the national agency for secure documents is holding a test smartphone with Alicem on it. This new government app, based on facial recognition software, will give users access to around 500 government websites.

"Alicem will allow citizens to access our services through a highly secure system without them having to go to a government office," he said, smiling for the camera as the app made a video of his face.

That video is sent to a government server together with data Alicem has collected from the chip in the user's biometric passport. The server compares the video with the passport photo, checks the document hasn't been stolen and sends the user a code with which he can set up an online identity. Then, the video is erased from the server.

The app is still in a test phase and due to go live by the end of this or early next year.

'We would be outpaced if we didn't act'

Letier thinks it's high time the government came up with its own facial recognition software. "If we didn't act, we'd soon be outpaced. Citizens would at some point be obliged to resort to solutions offered by private and maybe even international companies. It would be far from certain that these companies respect our laws," he explained.

But that's exactly what Alicem doesn't do, according to Martin Drago. He's a legal expert at La Quadrature du Net, a group that defends digital rights and civil liberties and which is suing the government at France's highest court of appeals.

"We think that France is infringing on the European General Data Protection Regulation, which bans facial recognition systems, apart from some exceptions," he said. 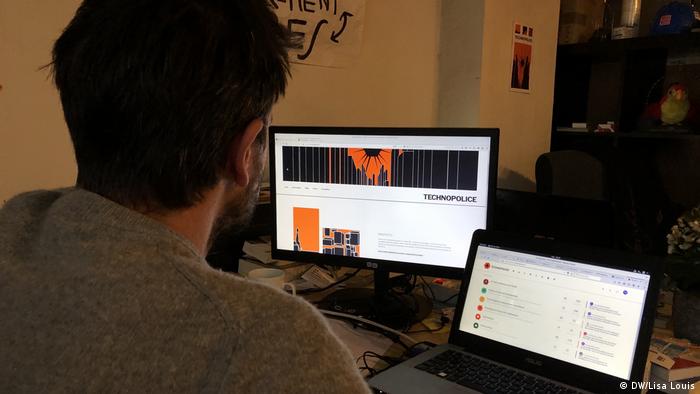 One of these exceptions is when people give consent for the use of facial recognition software. The government claims they give consent in Alicem, when they accept the app's terms and conditions.

"But that's not how it works!" Drago argues. "Users need to have an alternative to facial recognition within Alicem — otherwise consent isn't given freely."

The pushback is not only about a strict interpretation of EU law. For now citizens will still be able to go to government offices physically or connect to them through other online systems, but Drago worries about what allowing facial recognition software could mean for the future.

"There is no proper control or a debate about whether we actually want the government to use facial recognition, but they are already testing it. Not only with Alicem. There are trials at airports, in the streets of the city of Nice and at schools," he said.

Read more: Click here to unlock the true value of your data

Drago is baffled by the French approach, especially since several US cities have banned local government from using facial recognition technology. San Francisco, the gateway to the high-tech hub that is Silicon Valley, led the way.

"The US understands that this technology is dangerous. Why does France have to insist it needs to develop its own version of a risky system?" he asks.

"It feels like this is the first step toward a mass surveillance state. That would be a major intrusion of privacy; people wouldn't behave the same way anymore, and, for example, not dare to demonstrate," he added.

But Didier Baichere, a lawmaker with President Emmanuel Macron's party, says people shouldn't be afraid of facial recognition software. He's pushing for new legislation to create a framework for wide-ranging tests of such technology.

"Just ignore all the fear-mongering for a moment, and you'll see that there are very interesting and positive ways of using facial recognition," he said. "You can deploy it in the area of security, to manage crowds accessing events or in shops to make offers that are especially adapted to the way people look," he said. 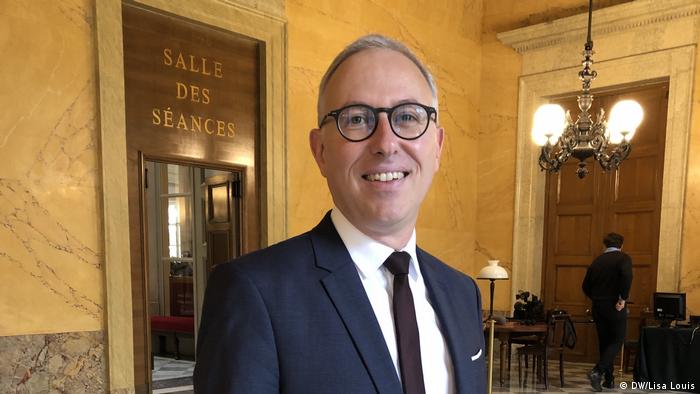 "And we would always use it in a responsible way with an ethics committee overseeing what kind of algorithms we deploy," he added.

The plans don't seem to bother the French. So far there have been no major demonstrations against facial recognition software — and that in a country where people often take to the streets to amplify their concerns.

Forty-seven-year-old Jean Hugues Barsot, a salesperson, puts that down to a lack of information. "Many people are not aware the government is testing facial recognition systems, and that's why there are no protests. But I'm sure that'll change once the media talk more about this."

He added that he was afraid of the government using such a technology: "It would limit our individual freedoms and be a way to control people."

But 23-year-old Julie Leynaud, an IT engineer in Paris, can't see any harm in facial recognition software. "I'm not scared of it — as long as you make sure the data can't be stolen. The government is not going to know where I am just because they have a picture of my face," she said.

So for now, there appear to be no major hurdles for France to use facial recognition technology extensively — if the court of appeals decides in favor of the government, that is. The verdict is expected in the next few months.

If planet Earth had just five pigs, three would be in China. So the spread of a deadly swine disease there is especially worrying. Will facial recognition software help stop African swine fever? We have asked a vet. (28.02.2019)