A friend of the Russian president, former German Chancellor Schröder has been working for the Russian energy industry since he lost to Chancellor Merkel in 2005. Rosneft has been hit by Western sanctions. 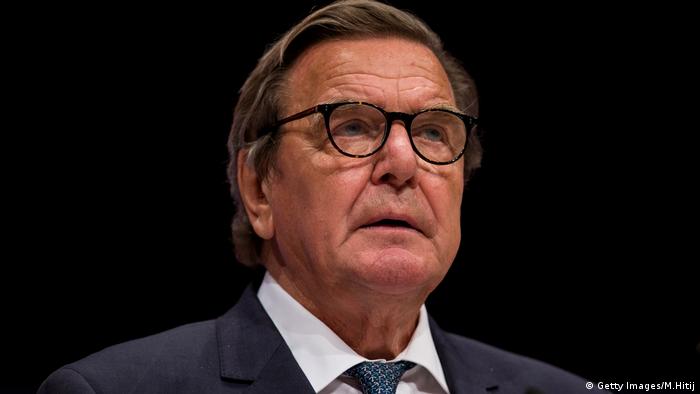 Schröder was nominated as a non-executive director of Rosneft as part of the company's plans to increase the number of board directors from nine to 11. His name was one of seven presented in the decree signed by Russian Prime Minister Dmitry Medvedev and published on the Russian government's website.

Rosneft is the world’s largest publicly traded petroleum company and is headed by Igor Sechin, an ally of Russian President Vladimir Putin, who served as deputy prime minister until 2012. The company has been hit by Western sanctions following Russia's annexation of Ukraine's Crimea region and its support for pro-Russia separatists in eastern Ukraine.

Schröder has publicly opposed the sanctions placed on Rosneft. 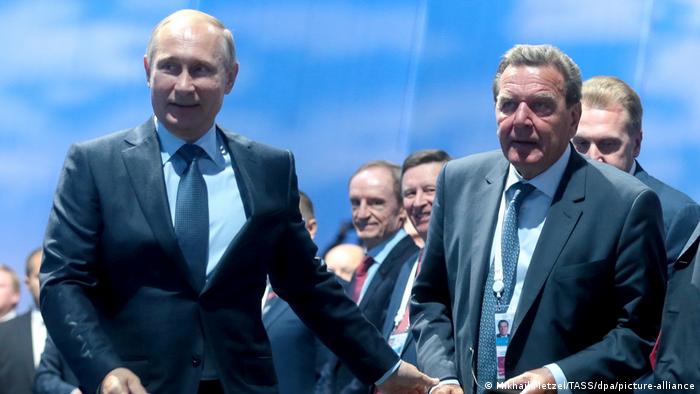 Read more: All you need to know about the German election 2017

In a speech at a Social Democratic (SPD) convention in June, Schröder said he was not anti-American but that: "What happens in the US needs to be openly and harshly criticized." Schröder no longer holds any active official position in the party.

Schröder signed the Nord Stream pipeline deal on behalf of Germany with Putin during his last days in the chancellor's office in September 2005, shortly before the federal elections that saw Angela Merkel replace him.

After he left the office he had held for seven years, Schröder began a new career as a businessman in Russia at the head of Nord Stream AG's shareholder committee from December 2005. In that role he oversaw the implementation of the project to operate the gas pipeline directly linking Russia and Germany, carrying Russian natural gas across the Baltic. His nomination on Friday marks a new high spot in his business career in Russia.

Nord Stream AG is a subsidiary of Gazprom, the leading global gas producer which enjoys monopoly rights on gas pipeline exports from Russia. The company is majority owned by the government of Russia, although technically private.

In 2014, during the height of the fighting between pro-Moscow separatists and Ukrainian troops in the east of Ukraine, Schröder celebrated his 70th birthday with Russian President Vladimir Putin in St. Petersburg at an event hosted by Nord Stream AG.

Rosneft acquired the assets of former oil giant Yukos in a three-year period from 2004 and by last year it had become the 51st largest company in the world with over $60 billion (50.7 billion euros) in sales.

Russia's Gazprom has begun construction on the TurkStream gas pipeline under the Black Sea to Turkey. Feeder lines are planned to also supply EU markets. (07.05.2017)

The EU has lifted a cap on the Russian gas company's access to the Opal pipeline in Germany. The agreement paves the way for Moscow to expand its Nord Stream pipeline and bypass Ukraine when supplying gas to Europe. (28.10.2016)