German referee Bibiana Steinhaus and other leading female figures within the game have published eight demands to promote gender equality within German football, including a quota for women in leadership positions. 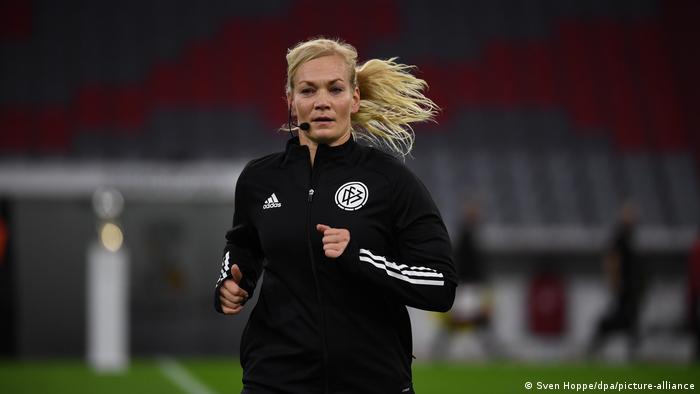 Leading the way: referee Bibiana Steinhaus is one of the women demanding equality in football

Eight leading female figures in German football, including national team goalkeeper Almuth Schult and referee Bibiana Steinhaus, have published a paper with a set of demands aimed at achieving gender equality at the top of the game.

Accompanied by the hashtag #FußballKannMehr ("Football can do more"), the demands include female quotas for key boards and positions at German football federations and clubs, targeted programs to guarantee equality of opportunity on the sporting side, equal pay throughout the game's hierarchies and consistent punishment of sexism and discrimination.

"More than 90% of decision-making positions in German federations and clubs are still occupied by men. The diversity among players on the pitch and people who enjoy football is not reflected in the game's leadership structures," read a statement from the eight prominent women representing a range of different roles within the game.

"Women in leadership positions have been proven to increase the probability of future challenges being met with new solutions, structural weaknesses being recognized quicker and behavioral patterns being questioned.

"There are many women who bring with them the competence, experience and integrity to take on leadership positions. Many have already been there for a long time, but they require targeted support and, above all, equal opportunities," the letter said.

In addition to goalkeeper Schult, the only mother in the women's Bundesliga since giving birth to twins in February 2020, and Steinhaus, who became the first female referee to take charge of games in the men's Bundesliga between 2017 and 2020, the list of signatories also includes Sandra Schwedler, a supervisory board member at FC St. Pauli, Helen Breit, chairwoman of prominent supporters' organization Unsere Kurve ("Our Terrace") and television commentator Claudia Neumann.

"All of us, as commentators, players, mothers, chairwomen, referees, board members, fan representatives and presidential candidates, have been considered exotic — or still are," they say, demanding that "significantly more women" take up top positions in football, in order to create a "fairer" and "more modern" image of the game.

"Because it is necessary. Because it is just. And because football with more women in leadership positions will be better equipped to face the future," they wrote. 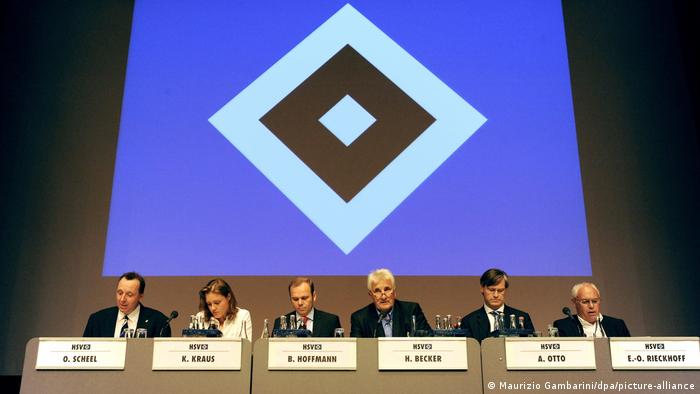 Time for a female DFB president?

Coincidentally, the publication of the paper comes at a time when the German Football Association (DFB) is in turmoil. Its president, Fritz Keller, announced his resignation earlier this weekafter a long-running internal dispute culminated in him comparing a colleague to a notorious Nazi judge, while other leading figures are also set to step down.

One potential candidate to succeed Keller is among the signatories of the "Football can do more" initiative: former FSV Frankfurt goalkeeper and Hamburger SV director of communications Katja Kraus.

Speaking to broadsheet Die Zeit, Kraus insisted she has "no ambitions" for the role but did say: "A demand for change is also a duty to take responsibility. So, I will be taking a very close look at the conditions and constellations in which I would do that."

She added: "That office and the reputation of the DFB has been massively damaged in recent years. I think it's now clear to everyone: the DFB requires radical change … and a drastic change of its structures. Otherwise, the rebuild will fail regardless of who is in charge."

Asked why no women who currently hold important positions at the DFB were among the signatories, Kraus explained that it is "difficult for people within the system to speak out openly about demands which question the structures of their own house."

She claimed that even seven-time DFB Referee of the Year Steinhaus, who still operates as a video assistant referee in the Bundesliga, was "advised to think very carefully about whether she wants to be part of such an initiative."

Meanwhile, in the neighboring Netherlands, the Dutch Football Association (KNVB) could be set to appoint its first female director of professional football, with Marianne van Leeuwen set to succeed Eric Gudde. Van Leeuwen would be the first woman to hold a leading director's position within the association. 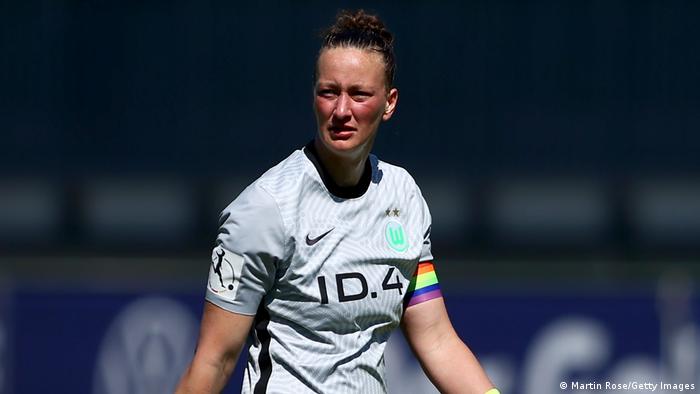 Almuth Schult: the only mother in the Bundesliga

Football can do more: the demands in full

1. A binding quota of at least 30% women in leadership positions in football associations by 2024

2. A binding quota of at least 30% women on club supervisory boards and at least one woman on the board of directors of every professional football club by 2024

3. Gender equality (50-50) across secondary leadership levels in associations and clubs by 2024

5. Salary transparency: equal pay for equal jobs at every level of the hierarchy

7. Gender-neutral, non-discriminatory language at all levels of football

8. Consistent punishment of all forms of sexism and discrimination, on and off the pitch, and designated contact points for victims.