Fritz Keller steps down as DFB president over Nazi remark

Fritz Keller has resigned as president of the German Football Association. This comes weeks after a remark he made in which he compared of one of his vice presidents to a Nazi judge. 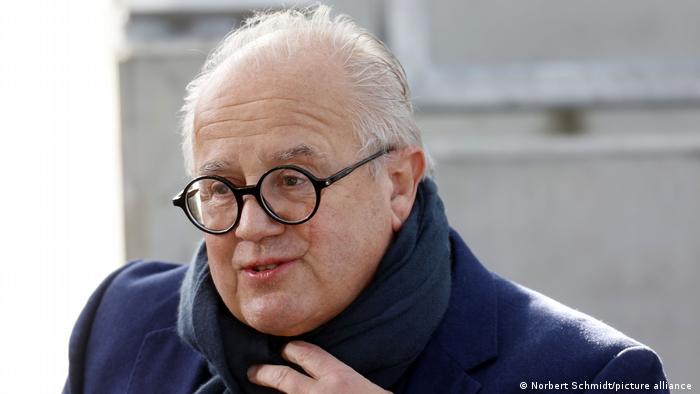 Fritz Keller announced in a statement issued by the German Football Association (DFB) on Monday, that he was stepping down as its president.

"I take personal responsibility for my gaffe at the Executive Committee meeting on April 23, 2021," the 64-year-old said almost a week after he had announced his intention to resign.

He was referring to the scandal that ensued after he compared DFB Vice President Rainer Koch to the infamous Nazi judge Roland Freisler during the April 23 meeting.

Keller subsequently apologized to Koch for what he described as a "serious mistake," but the DFB vice president declined to accept the apology and on May 2, Germany's regional and state football associations withdrew their support for Keller. The DFB also referred the case to an internal tribunal.

In Monday's statement, which painted a damning picture of the DFB, Keller said he was stepping down to make way for a "deep-rooted and necessary restart" at the association.

"The DFB must change. It must regain its credibility, confidence in its integrity and performance," said Keller, who also complained that he had repeatedly encountered "resistance and walls" within the organization as he sought to "professionalize and modernize" its structures.

He lamented the fact that he had failed to "succeed in achieving a trusting, reliable and collegial cooperation within the bodies of the DFB" as he had set out to do when he was elected unopposed in September 2019.

He said that he had come to the realization that "far too often it was about internal power fights, securing advantages, and working on one's image in the public life."

Keller isn't the only senior figure set to leave in the DFB's latest upheaval. General Secretary Friedrich Curtius, with whom Keller has reportedly long been at loggerheads, will also be leaving his post, the DFB previously said.

Koch and fellow Vice President Peter Peters are to remain in place to act as interim presidents until early 2022, when the DFB holds its next general meeting. Koch, however, has said he will not run for reelection.

The latest upheaval in the organization comes just over two years after Keller's predecessor, Reinhard Grindel, stepped down after it emerged that he had accepted the gift of a luxury watch from a Ukrainian oligarch.

Grindel had previously refused to resign over the DFB's handling ofMesut Özil's and Ilkay Gündogan's photo with Turkish President Recep Tayyip Erodgan and the debate on nationality this prompted ahead of Germany's dreadful World Cup 2018 campaign.

Prior to that, a questionable payment relating to Germany's successful bid to host the 2006 World Cup forced out former DFB President Wolfgang Niersbach.

In addition to the boardroom changes, Germany head coach Joachim Löw, who has been in the job since 2006 has announced that he will be leaving after this summer's European Championship. He is to announce the squad for his last major tournament as coach on Wednesday.

Germany is to host the following European Championship in 2024.

Fritz Keller elected new DFB president - but who is he?

After a years as president of Bundesliga club Freiburg, Fritz Keller has been elected president of the German Football Association. So who is the man who's now charged with overseeing cultural change at the DFB?

The 2006 World Cup affair: A chronology