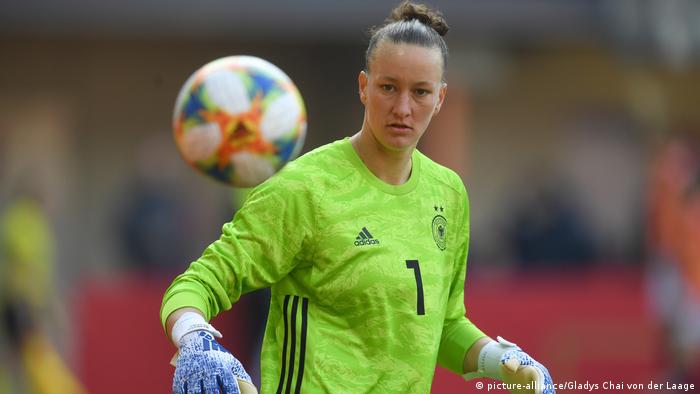 It's been almost a year and a half since Almuth Schult last played in a competitive match.

A shoulder surgery after the 2019 World Cup in France forced the Wolfsburg and Germany goalkeeper to the sidelines. But her world was turned upside down as her career hiatus became longer than originally anticipated.

Schult became pregnant and gave birth to twins in April 2020, becoming the only player in Germany's top flight to have children.

"It's new territory," Schult tells DW. "There's no perfect example in the women's Bundesliga so we cannot ring a club and ask 'How did you do that with training? How did you integrate this or that? How did you make it work with the children and away games.' We still need to figure it all out."

The 29-year-old has already won the Champions League as well as five Bundesliga titles and six German cups at club level. She has also won Olympic gold and the Euros with Germany. But she is still far from calling it quits on her career. Schult has returned to first-team training with Wolfsburg and is eyeing a comeback this season.

"There are few top female athletes that have children," she said. "It's difficult. After taking a year off from your career you need to fight to get back into it. It's hard work and there's still a long way to go but I love my job so there was never a question about returning." 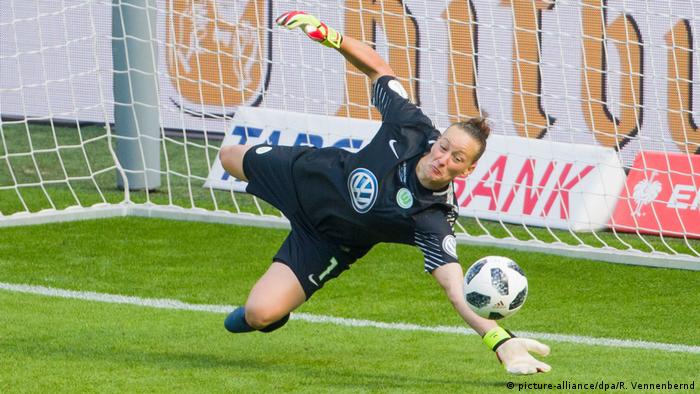 Almuth Schult is hoping to win back her place at Wolfsburg

While regaining match fitness has been one of Schult's biggest challenges, balancing motherhood and her career as a professional footballer has proven to be an uphill battle.

"We have a very unpredictable job. We don't work Monday to Friday from 8 to 5. We can't suddenly take time off if something falls out of rhythm," said Schult.

Although the goalkeeper plays for one of the most successful and financially robust clubs in the women's game, Wolfsburg lacks a childcare support system. A 2017 report from FIFPRO, the global players' union, showed that only 3 percent of top division clubs worldwide offered creche facilities.

"I always felt that the club support my decision,” said Schult. "Of course, it would be easier for me if the club had an internal daycare center where players could leave their children to be taken care of during training. But that is not the case here."

Choice between career and family for many

Schult relies heavily on her extended family as a support system to juggle football and having children. In Germany, female players' maternity rights are protected by law, but internationally that seems to be the exception rather than the rule. Many players across the globe have long been forced to choose between their career and starting a family.

FIFA announced on Friday that they had passed what they described as "landmark reforms" for female players and coaches. Football's international governing body plans to mandate at least 14 weeks of maternity leave paid at a minimum two-thirds of the employee's full salary as well as job protection measures and various other stipulations.

"It's a very good decision on a worldwide scale," said Schult. "But again, we have to ask ourselves: is maternity leave even the issue here or is it perhaps that players don't earn enough money to raise a child?"

"We're still a long way from having every female feel safe playing at the highest level in every country. But it's a step in the right direction and a sign that FIFA is finally taking things seriously."

No. 1 for club and country

While Schult is currently the only active player with children in the German Bundesliga, she is not alone on the world stage.

United States international and 2019 World Cup winner Alex Morgan signed for English side Tottenham in September, four months after giving birth to her first child. The striker played her first game at the beginning of November. 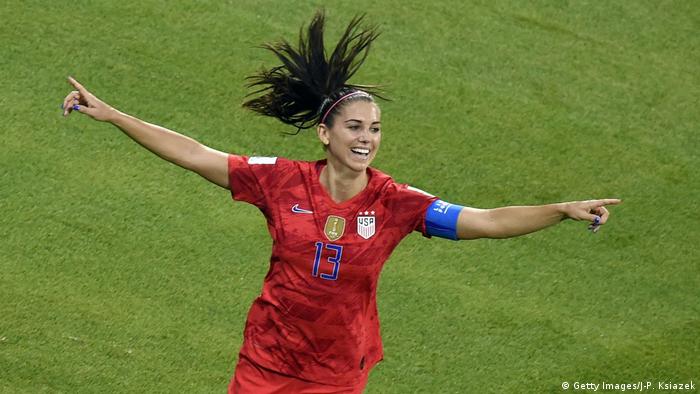 Her US teammate and Orlando Pride's Sydney Leroux Dwyer was also back in action for her club just three months and a day after giving birth to her second child.

Germany women's national team coach, Martina Voss-Tecklenburg, is very familiar with her goalkeeper's situation. In 1994, Voss-Tecklenburg had a child at the height of her footballing career, becoming the first professional player in Germany to do so. She quickly made her comeback, reaching the 1995 World Cup final and winning the 1995 and 1997 Euros as a mother.

"She has asked me how I've been doing and told me about her own experience," said Schult. "We agreed that the most important thing is that we are all doing well – mom, kids and the whole family."

Football might no longer be highest on Schult's list of priorities but the goalkeeper could see herself as the one between the sticks at Euro 2022.

"I hope it's me but you never know what could happen until then," said Schult. "First I need to perform and play for my club again and then the rest can follow. My first goal is playing again in an official match with the club and see where we can go from there."

Her career as a referee has been a single, meteoric rise without limits. Frenchwoman Stéphanie Frappart will become the first woman to officiate a Champions League game — it's just her latest milestone.

Freiburg had failed to win a point all season but once again they have put a serious dent in Wolfsburg's title hopes after a draw on Saturday. Elsewhere in women's football, there are disturbing allegations in the NWSL.