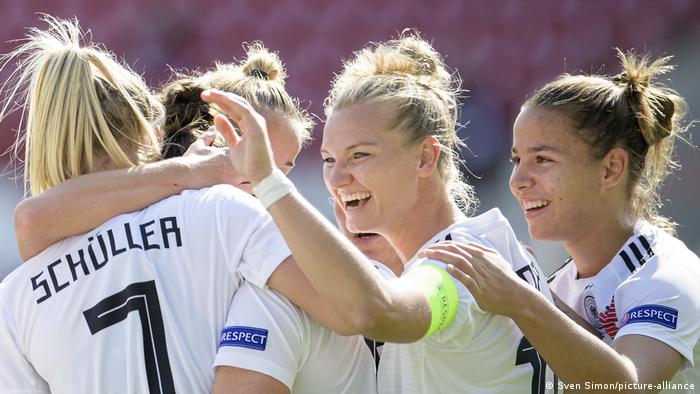 The KNVB had expressed its intention to bid for the event back in 2018.

"We are following the wish of our Dutch colleagues with great pleasure and will enter this project with full strength and out of full conviction," DFB President Fritz Keller said.

"Following UEFA EURO 2024 in Germany, the Women's World Cup 2027 would be another highlight in the history of football," Keller added.

According to the DFB, the three national associations have already presented plans for the tournament to football's world governing body FIFA and it's European counterpart UEFA. Further discussions are meant to take place before the end of the year and the selection process for potential host cities will then begin.

"We know how high the hurdles are before you can be awarded such a tournament. Our organizational experience, the strength of the new DFB and the perspective of international cooperation however allow us look optimistically into the future," Keller said.

Germany does have a long track record of hosting major international sporting events, including a number of European tournaments, including the 2011 Women's World Cup and the 1974 and 2006 World Cups on the men's side. The city of Munich will host three group games and a quarterfinal at Euro 2021 next summer.