After reveling in its self-styled party image, Berlin is now cultivating a more mature, gourmet persona. The eat! Berlin food festival is key to efforts, but as DW's Tamsin Walker finds out, it's all a matter of taste. 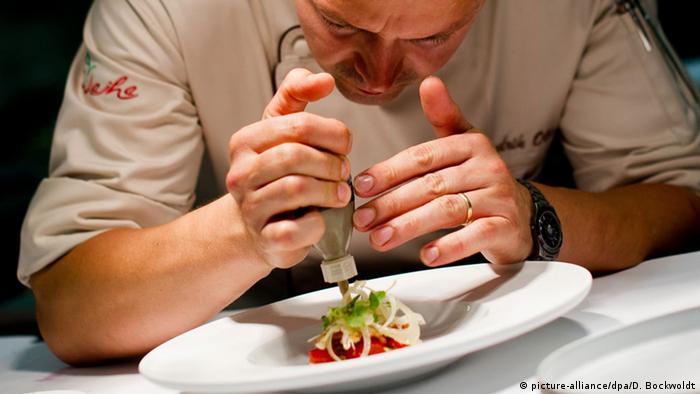 Let's get one thing straight: I am not a foodie. My grandmother used to argue that a carefully crafted pill would be the easiest way to give the body the nutrients it needs, and I sometimes think I might have inherited a mild dose of that attitude. It's not that I have no appreciation for good grub, more perhaps that I'm generally unmoved by the ebb and flow of dining trends.

For the longest time, that lack of discernment stood me in perfectly good stead in Berlin. What separated a good venue from the bad was whether it served breakfast until late afternoon. But the times, as they say, are changing - and already have.

It is driven home to me every time I arrange to meet anyone for dinner. When the inevitable question of venue is raised, I might cast a couple of haunts I used to frequent circa 2005 into the pot. Yeah, right... When those suggestions are met with an almost inevitably raised eyebrow, my only other offering is impartiality.

I will go where I'm told. And when I get there, I will admit to living deep in the recess of the city's culinary curve.

'eat! Berlin' on a Monday night

Against that backdrop, the "eat! Berlin" gourmet festival might seem like an odd choice of outing on a raining evening in February. But then again, perhaps it is just the tonic for someone who occasionally fantasizes about a fuss- and faff-free nutrient pill.

Founded in 2011, the week-long food feast invites a selection of Berlin's top chefs to create a special night in their respective restaurants, but under its own banner. I was invited, not so much to eat, but to attend a discussion about fine dining at the Palazzo gourmet theater - a mirror tent in a part of the city's former East rendered soulless by the likes of communications company O2. But that's a separate issue. Maybe.

The last to arrive at the table I was sharing with seven other guests, I was met with a couple of cautious half-smiles, and rather a lot of silence. No matter. The besuited and gowned guests, the live band, the sumptuous folds of the red fabric roof and the amuse-bouche, which even I - as a non-diner - was handed by a waitress dressed as a Pan-Am stewardess, were company enough.

Hanging with the stars 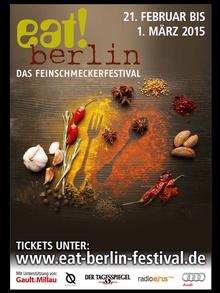 Is Berlin ready for over-the-top gourmet?

The dish consisted of a small mound of grated carrot, a smear of sauce, a pastry pouch, a sprinkling of peanuts, a nettle (I think) and a purple violet. Or maybe it was a primrose. I was just picking up the chopsticks I had inelegantly managed to cast onto the floor when the woman to my right introduced herself. "Cathrin Brandes," she smiled as she offered her hand.

Were I more clued up about Berlin's food scene, her introduction might have been rewarded with greater resonance. As it was, and because I'm not, it was just a name.

Except it wasn't. Turns out Cathrin Brandes is a well-known food writer, blogger, and woman about town. She informed me that I was sitting next to Hendrik Otto, head chef at the Adlon Hotel (pictured above), and opposite Sonja Frühsammer, the first woman in Berlin to be awarded a Michelin star. A couple of meters away was Tim Mälzer, Germany's answer to Jamie Oliver.

I was, to all intents and purposes, hanging with the city's culinary superstars, some of whom, I couldn't fail to notice, were not eating their amuse-bouche. Whether that reflected their perception of its quality, or whether it's just the way they roll in the upper echelons, I don't know.

Before I could find out, pretty much everyone from my table took to the stage for the talk round I had ostensibly come to listen to. It was eye-opening to hear the crème-de-la-crème of Berlin's food scene discuss their city's cuisine with such confidence and affection. In almost two decades here, I have never considered the German capital a place where gourmet can survive and even thrive. I guess that says as much about me as anything else. 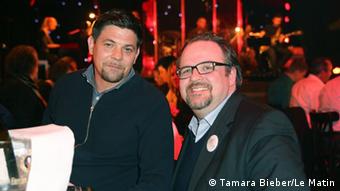 Yet "eat! Berlin" festival founder Bernhard Moser assures me I am not alone in my misperception. "Berlin has Berghain and is portrayed as being cool and hip, but that is very one-dimensional and it annoys me," he said. "We have world-class chefs here, and we have people who are settled into their lives, and tourists who come to shop at Louis Vuitton and to eat well, so we need to change the current image."

The steady rise of designer shops is testimony to his theory, and I don't doubt the scope for more expensive eateries, but I'm not convinced that Berlin is ready to shed its party garb in favor of a luxury that so many residents will likely never be able to afford. Berlin might not be as impoverished as former Mayor Klaus Wowereit once had it, but it remains home to a hard core of locals who think nothing of going into a restaurant and ordering a lunchtime special without a drink, because to buy both would blow their budget.

And the fact that restaurant owners go along with that, even though it is not in the interests of their profit margins, is one of the things I like about this city. That and the fact that many cafes still serve breakfast until mid-afternoon.

Success for Bavarian brewers: for the first time ever in 2014 they produced more beer than their rivals in North Rhine-Westphalia. The demand for their beer is ever growing, particularly from abroad. (19.01.2015)

Berlin Food Week just kicked off, offering visitors cooking demonstrations, lectures and food markets. It's proof of Berlin's food craze and the fact that its culinary scene is catching up with the rest of the world. (08.10.2014)

After what for many was a disappointing finale of the "Game of Thrones" saga, fans can now hope for a bloodbath-filled prequel to the original series based on George R.R. Martin's novels.

Typical tourist tours of Paris are dominated by stories of men and usually gloss over the role of women in shaping the city. One walking tour company aims to change that by focusing on a lesser-told side of Paris.