February in Berlin is grey, icy and damp. But (for that very reason?), it's still a favorite muse on Instagram. For an edgy take on the city or to get involved in the Berlin Instagram scene, here's what to watch for. 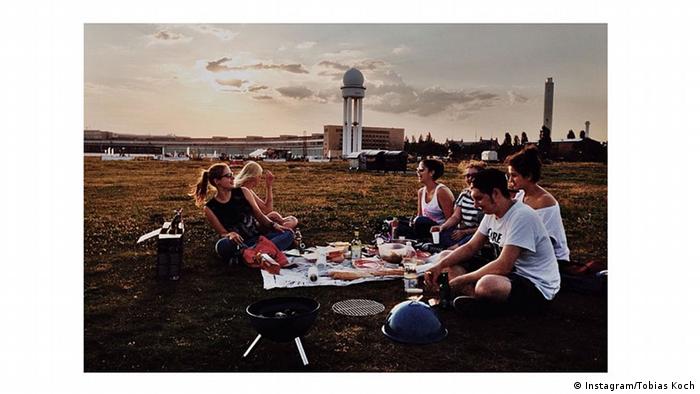 Despite a wide variety of styles and approaches to phone photography, all of Berlin's Instagrammers have a certain fascination for and perhaps addiction to the city. The reason for that fascination doesn't always have to be beauty.

"Berlin is dirty, grey and ugly; it's full of scars from wars and unfinished or demolished buildings. But that's precisely why it stands out. You can still feel the freedom and creativity following the fall of the Wall - despite the gentrification," says Michael Schulz. 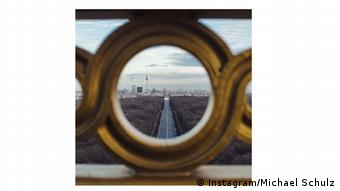 Schulz runs Berlin's most popular account @berlinstagram. His collection is a mixture of shots from the subway, buildings, street art, and popular sights from a different perspective.

'My phone has never fallen into a puddle'

Choosing an original point of view is key for a medium that - despite large recent mobile camera improvements - cannot rely on depth of focus, zoom or flexible ISO settings as much as a professional DSLR (Digital Single Lens Reflex) camera. That's where the fun begins.

"I try and find perspectives that change a building slightly and make it appear bigger or smaller than it actually is, or get on a roof or floor," says Linda Berg (@lindaberlin). She mainly photographs urban architecture dipped in a uniquely minimalist and clean look. 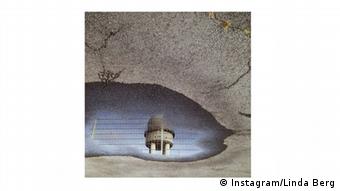 For Berg, some of the best views are on the ground

Photographer Tobias Koch (@tokography) is known to take more radical measures. "I often throw myself onto busy streets - very much to the dismay of the people who are with me - for a good picture. I'm also quite impressed that my phone has never fallen into a puddle."

Anything that reflects a motif, be it puddles or streams, shop windows or car mirrors, can shed a refreshingly different light even on a much photographed object.

Berlin's vibrant and ever-changing street life is arguably one-of-a-kind when it comes to international urban centers. Documentary photographer Carolin Weinkopf (@careauxphotography) uses Instagram as her visual diary and captures everyday scenes in a compellingly ordinary way. That seems easy enough, but in reality, being prepared to hit the button 24/7 takes a lot of focus.

"I am always on the look out for motives," she says. "People must hate being out with me; I'm slow and not very chatty because I'm actually working. Sometimes an amazing moment just flashes up. You can only catch it if you're ready."

Life stories in the backyard 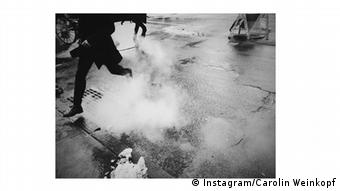 Weinkopf plays with the viewer's feeling of time

A lot of Weinkopf's snaps don't only portray actual street life in Berlin's Kreuzberg neighborhood, they also tell stories from Berlin's transport system, known as BVG. The BVG is currently running the social media campaign #weilwirdichlieben (#becauseweloveyou) on Instagram and other platforms - so why not add the tag with a mandatory sarcastic caption under your train snap?

Berlin wouldn't be such an exciting place to get lost in if it weren't for the hundreds of markets, warehouses and cultural hubs that are at Berliners' doorsteps and waiting to be explored, even on the most freezing of days.

Ezgi Polat's (@ezgipolat) gallery is filled with mouthwateringly creative arrangements of food. She gets fresh fruits, veggies and inspiration from local markets.

"Markthalle Neun in Neukölln is a perfect place to buy and enjoy food," says Polat. "There is a nice street market along the canal at Maybachufer in Kreuzberg every Tuesday and Friday where I go shopping."

The nearby bridge, Admiralsbrücke, also has a popular view onto Landwehrkanal. Being there for sunrise or sunset always pays off. #nofilter needed here; nature does the job in this case. 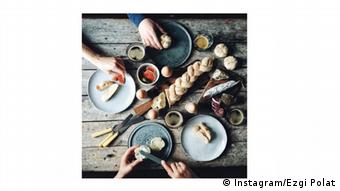 Food is an integral part of Berlin, reveals Polat in his pics

Local Instagrammers particularly cherish the epitome of Berlin: Backyards. Michael Schulz often sneaks into them with his phone.

"You sometimes happen to meet elderly Berliners there who are curious about what you're doing there - and then end up telling you their life story," he explains. While you're busy roaming the streets of Berlin and searching for the extraordinary, it's easy to forget that sometimes any photo really is all about capturing a slice of history or a special moment.

The obligatory coffee table (and coffee)

Art galleries and museums like the newly re-opened C/O Gallery in West Berlin make for some beautiful imagery. Apart from finding inspiration for your own photography, the people standing, talking and thinking in front of different art works always look picturesque themselves.

Add a black and white filter and your photo will look like it was taken in Paris in the 50s. (Well, kind of.)

Now let's talk coffee: Rumor has it that coffee tables were only created to look good on Instagram. Arrange a latte, a dreamy and beautifully designed indie magazine, and some flowers on a wooden table and you're set.

Kaffeebar in Kreuzberg and Roamers Coffee in Neukölln are still relatively well kept secrets for professionals, hip families, and friends who want to catch up over cake and coffee. Betty'n Caty and Café Liebling in Prenzlauer Berg are two cozy cafes where flowers, pretty food and that certain run-down Berlinesque interior abound.

Follow @sandrajuto for recommendations of all kind: her geo-tagged map features where to get Berlin's best coffee, sushi or salad each week. And Mary Scherpe from @stilinberlin is your expert blogger for all things breakfast and lunch - particularly juicy burgers.

Finally, once you've got a decent selection of photos - whether from colorful backyards, buzzing markets or Scandinavian coffee shops - the right editing can help make your snaps stand out. Although Instagram has its own filters, most people prefer to edit with other apps. 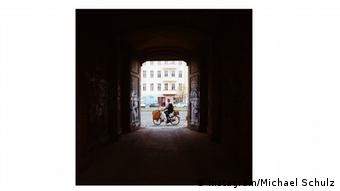 Sometimes the best stories are told in the backyard, says Schulz

"I edit with the VSCO cam and occasionally with the SKRWT app to get my lines straight. I like an analogue, darker look," says Carolin Weinkopf. Other popular editing apps are Afterlight and Snapseed. While experimenting, bear in mind that a certain coherency in style, whether washed out colors or the typical Kreuzberg minimalism, will give your gallery a little edge.

But, Michael Schulz says, don't get too caught up in details: "I'd encourage all beginners to develop their own motives and visual language, and to think about creativity instead of optimization."

Once you've uploaded the shot, immersing yourself in your local community can come a long way. The easiest way to do that is by adding and searching for hashtags (#igersberlin, #berlin, #kreuzberg), geo-tagging your shot, and interacting with other Instragram accounts. Live Insta meetups give the whole scene a face. The next meetup in Berlin is on March 21 and 22.

And now over to you, happy snapping Berliners! Don't forget to give DW a follow at @inside_dw for your daily dose of behind the scenes content.

Police traditionally use maps and knowledge about a city to determine which public areas they need to observe. Dr. Matthew Gerber from the University of Virginia studied how Twitter can be used to predict crime. (24.12.2014)

Photographer Peter DiCampo and writer Austin Merrill only wanted to fight stereotypes about Africa when they launched Everyday Africa on Instagram. Now, their efforts have become a global movement: Everyday Everywhere. (20.11.2014)

Artist 's film takes you around the world with Instagram pics