Ten years have passed since world leaders at the UN Millennium Summit in New York agreed on a blueprint of eight development goals to improve life in underdeveloped countries by 2015. 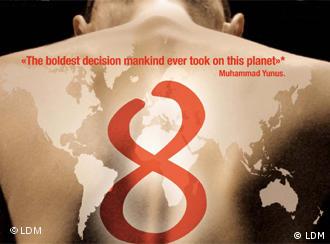 Ten years have passed since world leaders at the UN Millennium Summit in New York agreed on a blueprint to improve life in underdeveloped countries by 2015. Eight so-called "Millennium Development Goals" or MDGs were set up. These range from halving extreme poverty and halting the spread of HIV/AIDS, to providing primary education to all children and reducing infant and maternal deaths.

But two-thirds of the way to the goals' 2015 deadline, the progress that has been made is only partial and sporadic.

UN Secretary General Ban Ki-moon has urged world leaders to lift millions of people out of poverty despite of the global economic downturn. But experts doubt the goals can be met by the 2015 deadline. (20.09.2010)

After the UN set ambitious goals for improving the lives of millions of people, global governance has come to the fore. When addressing issues of worldwide significance many nations need to be at the table, experts say. (17.09.2010)

The Millennium Development Goals seek to create a wealthier, healthier world by 2015. But as the deadline approaches, some experts are questioning whether the goals can be accomplished by then. (14.09.2010)

The Ugandan government made a promise 10 years ago to do more to help its poor. But many of the nation's citizens believe public corruption has undermined the effectiveness of the government's anti-poverty programs. (14.09.2010)

About 60 percent of development aid in the world comes from the EU. And new member states are adding more money to the Development Fund. But can their own experiences with transition contribute to aid effectiveness? (27.03.2010)

"Quiet corruption" involving small amounts of money and low-level civil servants, is having a destructive effect on African development, according to a report released this week by the World Bank. (18.03.2010)

A renowned economist explains his visionary plan that he believes will raise underprivileged people around the world out of poverty quicker and better than classical foreign aid policies: new cities with new rules. (06.01.2010)

After two years of lackluster political dialogue and insignificant progress, the EU-Africa strategy gears up in its goal to combat poverty in Africa and presents fresh schemes to do so, but some experts remain skeptical. (09.12.2009)

The world put politics aside when it adopted the Millennium Goals in the year 2000. But in China, grassroots movements are developing anti-poverty strategies that contradict the country’s authoritarian system. (14.09.2010)

A week before world leaders gather to address strategies to meet UN Millennium Development Goals by the 2015 deadline, a new analysis is spotlighting the need for a more 'holistic' approach. (13.09.2010)