About 60 percent of development aid in the world comes from the EU. And new member states are adding more money to the Development Fund. But can their own experiences with transition contribute to aid effectiveness? 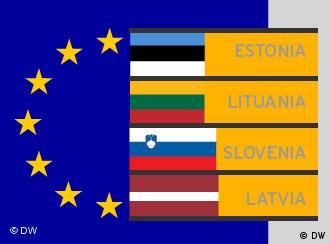 Newer EU members are more familiar with transition and governance

In spite of the staggering amount of aid (billions annually), it still remains difficult to quantify the European Union's success in Africa. One thing is certain; the EU is yet to optimize its ability to contribute to development and the eradication of poverty on the continent.

As a result, measures have been introduced to develop a coherent policy for development and avoid contradiction and competition in the aid sector. In 2008, during the Czech Presidency, the EU Commission began to compile a European Transition Compendium (ETC) - a document that "will collect examples of best practice for the newer member states that would be useful for emerging and developing countries in transition."

Newer members can help with governance and transition

Experts feel that the experience of newer EU members with transition, governance, and accession to the EU has provided them with an experience that would be essential to understanding the problems of countries in a similar situation. 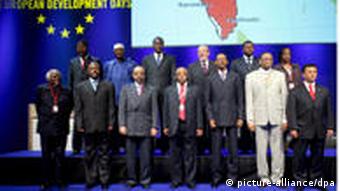 African Leaders at the European Development Days in Brussels

Ilona Petrikiene, the Commission's Aid Effectiveness International Coordination Officer, told Deutsche Welle that the arrival of the EU 12 (the newer member states) has had an impact on European development policy because most of these members are former aid beneficiaries themselves. Therefore, they are more likely to have a better understanding of countries undergoing transition and development issues.

Istvan Gyamarti, president of the International Center for Democratic Transition in Hungary agrees. He told Deutsche Welle that some cases have shown that recommendations from countries that have recently undergone transition and do not share a complex history with Africa may be "more welcome."

So even though the newer EU members contribute less than 2 percent toward the European Development Fund, experts are hoping to use their experiences with governance and transition to improve aid effectiveness in developing countries.

Slovenia and Lithuania work on their ties with Africa

But the newer EU members face some challenges. Unlike their larger neighbors, most do not have substantial ties to countries in Africa. In fact, a lot of them do not even have diplomatic representations on the continent. This is a problem because they cannot establish the bilateral relations that are needed to plan and implement projects in a country; and they are unable to support their citizen volunteers and NGOs that are involved in development work.

But different strategies are being adopted to resolve this problem. As part of its efforts to establish better ties with Africa, Slovenia now has an ambassador for Cape Verde in Brussels, says Matej Kramberger of Slovenia's Ministry of Foreign Affairs Department for International Development Corporation. And the country hopes to have development projects in Cape Verde by next year.

By having an ambassador for Cape Verde in Brussels, Slovenia will be able to save on administrative costs while establishing and maintaining diplomatic relations with the archipelago. 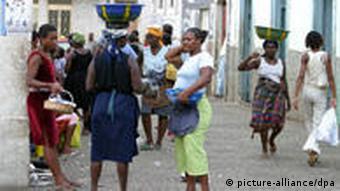 Lithuania is also trying to implement a cost-effective solution. "Because Lithuania has no plans to open embassies in Africa due to financial constraints, it is planning to send people to other countries' embassies," Tomas Irnius, Head of the Policy and Planning Division of the Lithuanian Development Corporation, told Deutsche Welle.

The Baltic country has been working with northern countries that have embassies and more substantial ties to Africa to host its development experts, so that it can implement and plan projects, and support Lithuanian NGOs and volunteers.

Lithuania aims to get the EU involved in establishing relationships with larger member states which would then host its citizens, who would then have the opportunity to learn more about Africa and share their experiences with transition and governance.

The release of the European Transition Compendium later this year will help determine the areas in which the newer EU countries can contribute to development. Experts are hoping that the document will "be more about practice because new EU members have a special experience with transition and accession and how it affected development," said Istvan Gyamart.

Germany's development minister Dirk Niebel has said Berlin will fail to meet its development aid targets for 2010. He also expressed doubt whether Germany would be able to increase aid to 0.7 percent of GDP by 2015. (07.03.2010)