“Quiet corruption” involving small amounts of money and low-level civil servants, is having a destructive effect on African development, according to a report released this week by the World Bank. 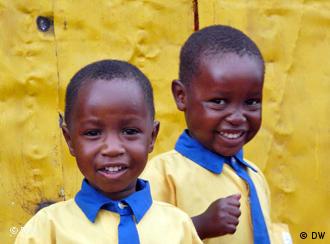 It doesn't make for headlines like cases of large-scale corruption, where huge sums are misused by members of Africa's business community or the political elite. Nevertheless, quiet corruption, which can take the form of absenteeism among teachers or doctors, the distribution of fake drugs, or the sale of diluted fertilizers to poor farmers, is having a damaging effect on people in Africa, according to the African Development Indicators report released by the World Bank on Monday.

“The idea of quiet corruption is when public services that are due to poor people are not delivered to them even though somebody has paid for them," said Shantayanan Devarajan, the World Bank's chief economist for the African region. "For instance, when a teacher who is paid a salary is absent from the classroom, or a doctor who is also paid a salary doesn't show up in the clinic. This is a kind of a failure of service delivery. But if you look at it carefully, it looks like corruption, because somebody has been paid money and they are not doing the job that they are supposed to be doing.”

In Uganda, for example, research found a 33 percent absenteeism rate among the country's health care providers in 2003. The World Bank's report said that absentee rates for teachers in the same country reached 20 percent in 2007. Similarly, a 2004 report found that 20 percent of teachers in rural primary schools in western Kenya were absent during school hours. 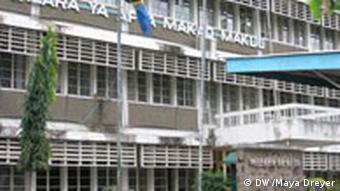 It's not just pupils and patients who suffer; farmers are also greatly affected by quiet corruption. In West Africa, for example, the report said that 43 percent of fertilizers in the 1990s lacked the expected nutrients due to poor controls at the producer and wholesaler levels. And in Nigeria, at least 50 percent of all drugs on the market were found to be faulty.

"The absence of drugs and doctors means unwanted deaths from malaria and other diseases," the World Bank report said. "Farmers who receive diluted fertilizers may choose to stop using them altogether, leaving them in low-productivity agriculture."

Cracking down on teacher absenteeism

Government officials in Tanzania are attempting to crack down on the problem of quiet corruption in schools. In January of this year, Tanzania's minister of education and vocational training, Jumanne A. Maghembe, summoned all senior education officials in the country and ordered them to act, not just against the absenteeism of teachers in schools but also against ghost teachers who appear to be on the ministry's payroll.

“There was a case or two of teachers who had passed away and were not removed from the payroll, and because of this, we now have a team of experts going to every school in Tanzania to meet every teacher to record their personal employment details," Maghembe said. "This information is then developed into a database that upgrades our current database, so that we know everybody, we know what they are teaching, when they are expected to retire, and so on.”

Both big corruption and quiet corruption are significant obstacles to the realization of the Millennium Development Goals on the African continent. And while World Bank economist Devarajan acknowledges that they are deeply rooted political problems, he says there are ways to tackle them.

“One class of solutions is to change incentives," he said. "In Rwanda, doctors are paid a bonus based on the number of children they have immunized or the number of pregnant mothers that they have examined. And this has a profound effect, because then the doctor has an incentive to show up to work."

Rwanda's incentive program has contributed greatly to the reduction of the country's child mortality rate, which fell by a third between 2005 and 2008. In Uganda, school principals are now publishing their income and expenditures every month to create more transparency. But with these measures, Uganda and Rwanda remain the exception, rather than the rule, on the African continent.

A new report from anti-corruption organisation Transparency International has found that systematic corruption and mismanagement are keeping many African children from a decent education, despite years of reform. (23.02.2010)

African leaders are responsible for the problems in their countries, and not former colonial powers. Development aid often makes things worse. That's the message of a new book by former German ambassador Volker Seitz. (08.09.2009)