A new report from anti-corruption organisation Transparency International has found that systematic corruption and mismanagement are keeping many African children from a decent education, despite years of reform. 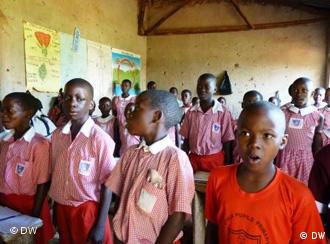 Corruption is still keeping some African children out of the classroom

When it comes to tackling poverty, poor health or limited opportunities for growth, a good education is widely seen as a magic bullet for developing countries. Indeed, education is considered so crucial that when the United Nations released its Millennium Development Goals for 2015, universal primary education was slated as the number two priority, second only to eradicating extreme poverty and hunger.

But a report released by Berlin-based anti-corruption organisation Transparency International suggests that endemic corruption in African schooling systems is still seeing large numbers of primary-aged African children denied their right to an education.

"Basically all issues around resourcing had a dimension of corruption, with resources being exploited or embezzled by someone for private gain, but sometimes also just plain mismanagement," said Stephane Stassen, who co-authored the report. 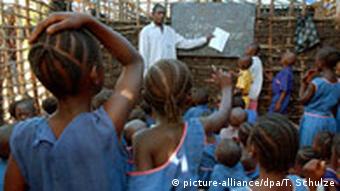 Giving children an education is crucial in post-war Sierra Leone

The Transparency International study "Good Governance Lessons for Primary Education" was produced as part of the organisation's Africa Education Watch initiative and examined the impact of corruption on education quality and availability in seven African countries, interviewing over 8500 educators and parents in Ghana, Madagascar, Morocco, Niger, Senegal, Sierra Leone and Uganda.

Change coming too slow to the continent

The data collected paints a troubling picture of education in Africa: despite two decades of reforms designed to allow greater levels of management at the local level and improve accountability, school administration is still not, for the most part, a genuinely corruption-free and participatory governance system.

"Despite all these measures, there were still many governance challenges," said Stephane Stassen, who heads Transparency International's Africa Education Watch program.

One of the most striking examples is that of so-called registration fees, which parents from every country surveyed reported paying, although by law primary schooling is free. The number of parents forced to pay these illegal accounting fees ranged from 9% in Ghana, to 90% in Morocco, the report found.

"Similarly, in some countries where they had also abolished exam fees, they were still being charged," said Stassen. He added that in many countries, textbooks were often not available. And even if they were dispatched to schools, they were often not distributed for free. The problems were also identified at higher levels, for example when schools receiving grants with which to run themselves were not receiving the full amount, or it was coming with a delay. 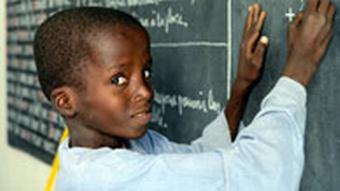 The average cost of enrolling a primary-aged child in an African school for one year is three euros. By comparison, the average per capita income in Sierra Leone is just US$260 (190 euros) per year. The costs charged for "free" textbooks as well as the fees of illegal "compulsory tutoring" - charged by some teachers to supplement their meagre incomes - puts an additional strain on African families.

These prohibitively high costs can lead to higher school dropout rates at a crucial time in children's lives."Primary education is really the place where you get the basics for your life later on. This is where you learn to read and write, this is where you learn to count, and if, for example if in Africa you want to have a chance in trade or to go beyond your village, these are really skills you need to acquire." Stassen said. 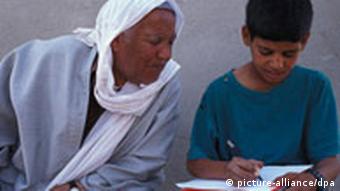 Illiteracy among older people is high in many parts of Africa

He added that without a basic education, it would be nearly impossible to go on to high school or college. "It's really hard to get people back to school later on, and this is why we have to get things right now". Literacy remains low in many parts of Africa. In Senegal, for instance, just 43 percent of adults were considered literate in 2007, compared to 72 percent in Madagascar.

Despite the obstacles, enrolment figures for primary-aged children in Africa are on the increase. According to 2009 figures from the UN, net enrolment in Sub-Saharan Africa went from 58 percent in 2000 to 74 percent in 2007 and from 91 percent to 96 percent over the same period of time in Northern Africa.

But enrolment figures do not tell the whole story: not only may corrupt practices prevent children from attending school, but they also lower the quality of education for students once they get there. "Even if you are in class, it might mean that you don't learn much, because you have one textbook for ten learners if not more," Stassen said

In many schools, the report found resources were being wasted or lost, not wilfully, but because those responsible for their management were simply ill-equipped for the job. Overall, 85 percent of schools across all countries had either deficient accounting systems or none at all, and in Morocco, just 23 percent of head teachers received training in financial management, despite being responsible for budgets. In Niger that figure drops to just 8 percent. 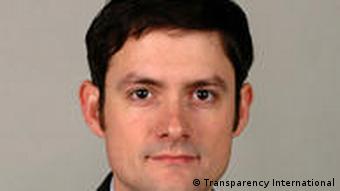 "Schools where the head teacher had been trained and prepared to do his job in terms of managing the resources of the schools were … the schools where less of these corrupt practices were appearing," said Stassen. "In a sense, what we found was that head teachers and teachers themselves were really feeling that they had been abandoned by the system."

Universal schooling for primary-aged children may be untenable by 2015, but Transparency International's report suggests the reforms that have been made to date are in fact helping African schoolchildren.

Stassen added that helping African parents to understand more about their rights within the schooling system was a crucial step in increasing engagement and accountability. "I think that by combining inspections, grassroots accountability and better transparency in the system, you could really have an education system which is more efficient and better-resourced."