Is the earth still governable? Huge challenges for international development policy | Environment| All topics from climate change to conservation | DW | 13.01.2010

The coming decade will show whether mankind will be able to work together effectively to tackle global challenges like reducing poverty and conflicts while boosting development worldwide, says Prof. Dr. Dirk Messner. 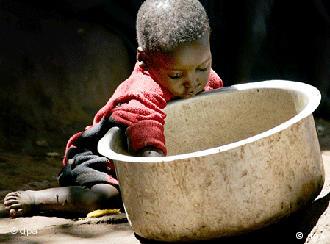 In 1994 the Israeli political scientist Yehezkel Dror presented a farsighted report to the Club of Rome. The report, titled "Capacity to Govern," argued that in future the only way to guarantee prosperity and sustainable development in would be for mankind to govern the earth as a whole. Fifteen years ago this was a bold thought.

In 2010 virtually no one would dispute how right Yehezkel Dror was with his analysis. In the coming five years, development policy will focus on achieving the Millennium Development Goals (MDGs). The international community has committed to halve poverty worldwide by 2015.

To this end, industrialised countries have been asked to increase the volume and the effectiveness of development cooperation, while developing countries, in turn, are expected to provide good governance as well as economic, health, education, and social policies that benefit the whole of population, not only elites.

The MDGs will not be reached unless the developing countries engage in huge efforts and courageous reforms. But the development policies of the industrialised countries will have to change as well. And what is called for on their side is more inter-donor division of labour, more reliable financial transfers, less bureaucracy, more responsibility for development-minded partners on the ground, and less paternalism on the part of international experts.

Indeed, clear-cut agreements on targets and verification mechanisms are needed to determine whether development investments are effective, and so too is political pressure on governments unwilling to engage in necessary reforms.

But this is only one side of the coin. Worldwide, poverty and international conflicts will continue to grow in scope unless effective ways and means are found to ‘govern the earth.’ 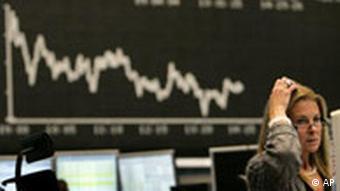 The economic crisis has hit many developing countries especially hard

International financial markets went off the rails in 2008/2009 and are now in need of a new global foundation to ensure that globalisation can contribute durably to achieving worldwide prosperity. And we must avert dangerous global warming, and find solutions to conflicts in weak states that threaten to destabilise entire regions.

The concerns here include the struggle for access to resources, politicised ethnic conflicts, and difficult-to-control transnational Islamist terrorist networks. The coming decade will show whether mankind is learning to keep "our spaceship Earth" on an even keel.

The times we are living in are in-between times. Today virtually nobody would dispute that, in a closely networked world, prosperity and security are no longer to be had without a culture of global cooperation. But is such a concept anything more than a naïve idea?

The international community seems to be trudging through a period of emotional ups and downs.

The opening of the G8 to form the G20 must be seen as a major step forward, signalling as it does the end of the Western industrialised world’s unreserved, and ultimately untenable, claim to leadership of the rest of the globe. 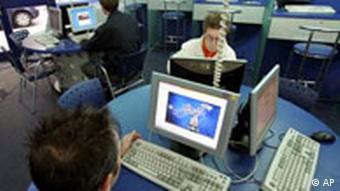 People from around the world are meeting online

Never before in the history of mankind have there been so many "global networkers," actors who perceive the world as a whole and have left narrow national modes of thinking behind.

Barack Obama, a cosmopolitan spirit, has replaced US President G.W. Bush, a sworn unilateralist. In news media throughout the world, social scientists, neuroscientists, and psychologists are discussing whether humans are by nature cooperative beings, capable of learning, on a global scale, to restrain their egoism and propensity for violence. All this gives us cause for cautious optimism.

Balancing national and global interests will be vital

However, the accelerated pace of globalisation is also accompanied by envy-driven wrangling among the world’s nation-states, which appear unable to strike a reasonable balance between national and global interests:

The seemingly endless world trade rounds or the sobering shock of Copenhagen may be cited here as typically self-destructive trends of world politics. In the second decade of the present century, decisions of substantial import for global development are set to be taken in three arenas:

- Now that the G20 has managed to avert a collapse of the world financial system, will progress finally be made on establishing a new and truly viable world economic order?

- Will the shock of Copenhagen prove able to set free forces capable of averting, at the last moment, a destabilisation of the world's climate system?

-Will the US, China, and Europe prove able to develop, step by step, a set of common ideas on a new world order – or will, instead, the present multi-polar constellation block any major advances in global governance?

Cooperation between industrialised and developing countries can be expected to provide even weak actors with a fair chance to participate effectively in debates and initiatives geared towards reshaping the world. If this proves impossible, there will be no legitimate global governance. 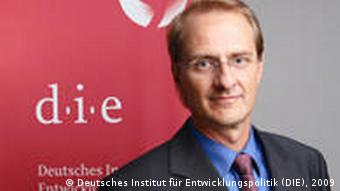 Dirk Messner is the director of the German Development Institute

The era in which great powers were able to rule over the rest of the world has drawn to an end. And development policy can contribute to generating, testing, and disseminating development strategies that have room to acknowledge the limits of the earth system and the climate system.

Without progress in efforts to establish resource-conserving and climate-friendly models of prosperity, not only will efforts to reduce poverty be doomed to failure, the prosperity of the world’s industrialised societies will ultimately be faced with erosion.

Prof. Dirk Messner is the director of the German Development Institute (DIE).

Based in Bonn, the German Development Institute draws together the knowledge of development research available worldwide, dedicating its work to key issues facing the future of development policy. It consults on the basis of independent research findings in Germany and worldwide and deals with current issues in cooperation with industrial and developing countries.