After the UN set ambitious goals for improving the lives of millions of people, global governance has come to the fore. When addressing issues of worldwide significance many nations need to be at the table, experts say. 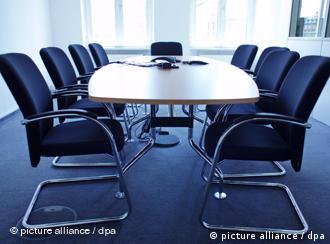 More countries at the table may mean better agreements

The international nature of these global goals leaves individual nations struggling for effective solutions that transcend their borders. That's where "global governance" comes in. It works to create international structures capable of dealing with issues of global significance, and the closer the MDGs come to their deadline of 2015 the clearer multinational cooperation becomes. 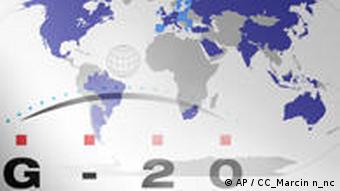 Power structures are shifting from single states to larger organizations, like the G-20

"The old idea was that nation states need to be as independent as possible to be responsible to their own population," said Dirk Messner, director of the German Development Institute. "It's now become clear that we are dealing with global interdependencies and that we have to politically organize them."

Such organization is crucial for shared resources such as the climate, the food supply and energy, Messner added. While the United Nations enjoys a high degree of respect when it comes to international debate, it suffers under its inability to take quick action in an emergency.

"We've just been through a small revolution that's been overlooked by a lot of people: We've seen the shift from a world economy organized by the G-8 to a G-20-organized global governance, which includes several emerging and developing nations that until now did not take part in the global development and political processes," Messner said.

He added that having more countries at the table deciding on global issues would increase the likelihood that developing nations' concerns are heard and that an agreement that balances the interests of the industrialized and developing world can be made.

Germany has shown itself to be interested in a finding a way to balance international interests, according to Juergen Zattler, the head of the German Ministry for Economic Cooperation and Development's department for European and multinational development policy.

"We hope that once the global governance structure is in place we can talk about a variety of topics," he said. "That members of the international community get closer together and more capable of taking action and that global deals can be made."

NGOs out in the cold 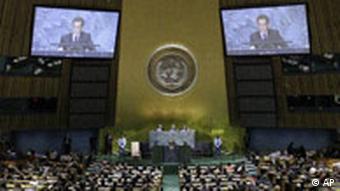 The UN may represent a better place to make multilateral decisions

While Zattler said giving more influence to the G-20 would be a promising step toward successful multinational negotiation on the MDGs and climate change, a shift toward a G-20 dominated landscape still leaves civil non-national organizations in the cold, according to Jens Martens of the Global Policy Forum Europe.

"Civil groups and non-government organizations have a right to take part in discussions at the United Nations," he said. "In other bodies, such as the G-20, this is not the case. It's an exclusive club of governments that meets behind closed doors."

Instead of creating new organizations designed to quicken decision making by circumventing the UN, Martens said the world body deserved strengthening - despite its cumbersome nature.

"The more parties take part the harder it gets - that's democracy," he said. "But it's worth the effort to make truly representative decisions and to take into account the interests of the groups that otherwise don't have a say. In terms of the Millennium Goals it's the interests of the world's poorest people."

Change is possible after all: Reforming the United Nations

Rich and poor nations showed this year that they could overcome deep divisions to create a long-overdue institution for women, writes Silke Weinlich. The test now is whether it can perform to expectations. (26.07.2010)

In the coming weeks, the United Nations is to consider a resolution tabled by member states of the European Union that, if approved, will give the EU the powers of a fully fledged nation state in the UN General Assembly. (19.07.2010)