As the United Nations takes stock of progress 10 years after the Millennium Development Goals were created, one expert says a hard look needs to be taken at what has been and can be accomplished.

This year sees the 10th anniversary of the Millennium Development Goals (MDGs), which were essentially derived from the Millennium Declaration adopted by the United Nations in 2000. According to the Declaration, key improvements are to be made in a total of eight development policy areas by 2015.

In September, the United Nations will be taking stock of target achievement. They will find that only some of the eight MDGs are likely to be achieved. These include MDG 1, according to which the share of people living in extreme poverty is to be reduced by half between 1990 and 2015. It will also presumably be possible, within the same period, to reduce by half the share of people with no access to safe drinking water and basic sanitation.

When it comes to other MDGs the outcomes will not be as good. The second goal states that by 2015 all children will have access to a full course of primary education. Over the past 20 years the share of children going to primary school worldwide has only risen from 84 percent to just over 90 percent, and there are just five years left to reach the 100 percent mark. 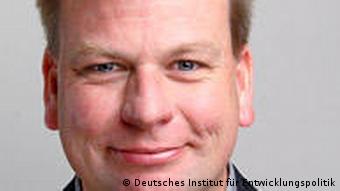 Progress made on the MDGs that are intended to act as indicators for people's health in developing countries is even more unsatisfactory. MDG 4, for instance, requires that child mortality be reduced by two thirds in the period between 1990 and 2015. However, by 2008, three quarters of the way into this period, the global child mortality rate had not even dropped by one third from 100 to 72 per 1,000 newborns. And those indicators for MDG 7 that aim to improve environmental sustainability have in fact worsened since 1990 rather than improved.

The United Nations will therefore have to ask itself why the results achieved so far are so mixed and what they will do to achieve as many of the MDGs by 2015 as possible.

The first part of that question can already be answered: The huge differences when it comes to implementation of the MDGs can largely be attributed to the following three factors.

First, some of the MDGs were clearly much more ambitious than others. MDG 1, for instance, only provides that the share of people living in extreme poverty will drop between 1990 and 2015 by roughly the same amount as it did in the 25 years prior to 1990. MDG 2, by contrast, requires that by 2015 all children across the world are able to complete a primary education. To achieve that even a country like Burkina Faso would have to increase its primary school enrolment rate from just 26 percent in 1990 to 100 percent in only a quarter of century. No country worldwide achieved such a rapid increase pre-1990. If this can be achieved at all, it can only happen via a massive transfer of resources from more prosperous countries. But these resources were not made available to the extent that the heads of government of the donor countries had again and again promised developing countries.

Second, the commitment to achieving the individual MDGs developed at extremely different rates in developing as well as in donor countries. The willingness to work towards combating extreme poverty is still very high. There has been a considerable increase in expenditure in the fields of education and in fighting HIV and AIDS. However, both developing and donor countries' commitment to maintaining basic health care services has hardly increased, although this is essential for reducing child and maternal mortality in developing countries.

Third, most development policy efforts are focused primarily on extending the range of services on offer rather than influencing the demand side as well. For example, schools are being built, health centers setup and drinking water pipes laid, but hardly any measures have been initiated to increase the interest of local households in actually using these services. But it is a well-known fact that guaranteeing a certain minimum income is essential for increasing the school enrolment rate, since that is the only way to stop parents sending their children to work rather than to school. 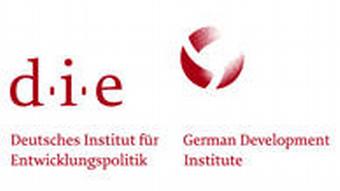 The German Development Institute (DIE) is a renowned think tank

What approach should the United Nations adopt in September for the remaining five years to 2015?

First, they should view the possibility that the MDGs will actually be achieved by 2015 with a great deal of realism. They should not become set on very precisely achieving all of the MDGs. Instead they should, where possible, attempt to exceed those MDGs that are already well on track to being achieved and implement to as large an extent as possible those MDGs where progress is as yet unsatisfactory.

Third, one should seriously consider also getting donor countries involved in financing a basic income in developing countries. That means very small social transfers that are paid to households in extremely poor regions without any means testing so that they can send their children to school rather than to work, so that they can afford good nutrition, medical care and a healthy lifestyle and are thus in a position to invest in the next generation's future.

A United Nations report says its drive to halve global poverty by 2015 was slowed down by the food and economic crisis, but momentum remains intact. (23.06.2010)

Listen to an interview on the Millenium Development goals and Africa